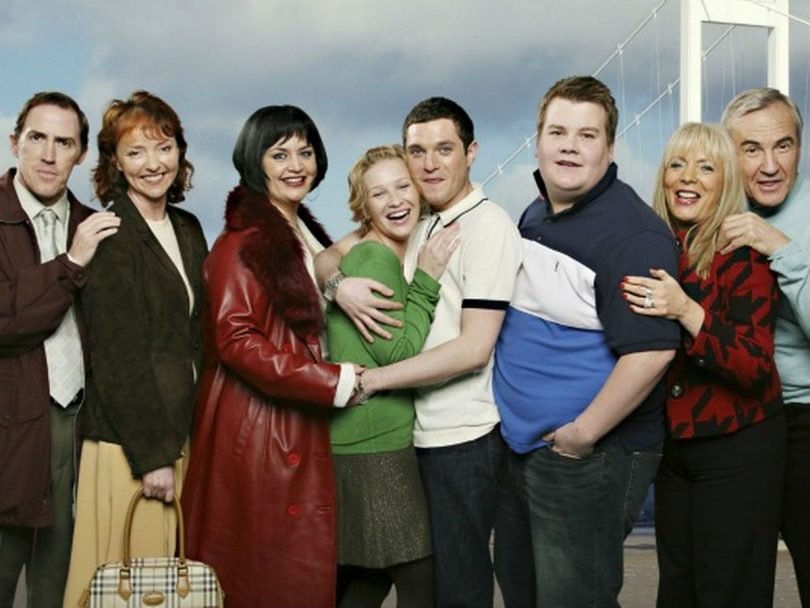 Crack out the celebratory omelettes, because much-loved sitcom Gavin and Stacey is to return to our television screens for a Christmas special. Actually, forget the eggs, this calls for nothing less than a bhuna.

PETE, are you eyeing up my bhunas?

It has been 9 years since the original run of BBC’s Gavin and Stacey ended, as the titular characters joined their best mates Smithy and Nessa to walk into the Barry Island sunset. The show may have been wrapped up in 2010, but it has lived on through Twitter memes and repeats on GOLD. In news that has delighted fans, James Corden this week shared a photo of a shiny new Christmas episode script, revealing that the Barry-Billericay gang are back.

Ruth Jones and I have been keeping this secret for a while… We’re excited to share it with you. See you on Christmas Day ⁦@BBCOne⁩ #GavinandStacey pic.twitter.com/gTRa3cp90t

People who watched Gavin and Stacey as teenagers are now grown up, able to relate to the wacky lives of the foursome. Marriage, babies, mortgages, misguided hook-ups…

Gavin and Stacey is a unique show in a genre all of its own. While the series pushed boundaries with lewd jokes and allusions, it remained hard to criticise too much. With warm, familiar faces of Larry Lamb and Alison Steadman at the helm, the show felt like a safe pair of hands. Its strategic casting of trusted household names steered the concept away from “bolshy, cocky lads look for love” and established the show as a stalwart of British entertainment.

As social beings we are suckers for nostalgia. We love when a piece of pop culture removes itself from the rich tapestry of our past and resurfaces to enthral us all over again. There is a worry, though, that the TV show we loved so much in 2008 will not live up to our 2019 expectations. And with an era-defining show like Gavin and Stacey, the worry is real.

From the outfits to the soundtrack, Gavin and Stacey was unapologetically Noughties. It is a time capsule brimming with The Pigeon Detectives and River Island. For many, the show provided an escape from a pretty brutal period for Britain. The characters almost seem to exist in their own “bubble” – they remain largely unaffected by real-world events.

When the show began in 2007, the country was facing a financial crisis, a smoking ban, and a new Prime Minister. None of these things are mentioned by the characters; instead cultural references included the slightly time sensitive All Saints, Desperate Housewives and gameshow 3,2,1. Along with physical maps and iPods, some of the punchline props in Gavin and Stacey have been rendered outdated relics in a show whose popularity otherwise refuses to falter.

It is difficult to see if the festive special will align itself with its previous style; will it remain a safe haven, a slice of escapism in these turbulent times? Sadly it is not difficult to see James Corden and Ruth Jones making the most of current events and making Pam and Mick discuss Brexit over breakfast, or having Bryn dissect Trump’s popularity while wrapping presents. They do say truth is stranger than fiction, after all.

From now until December, we can debate whether the show needs another outing, but one thing is for sure – you won’t find me anywhere other than in front of that television on Christmas Day, ready to catch up with the dysfunctional extended family that have shaped the humour of a generation.