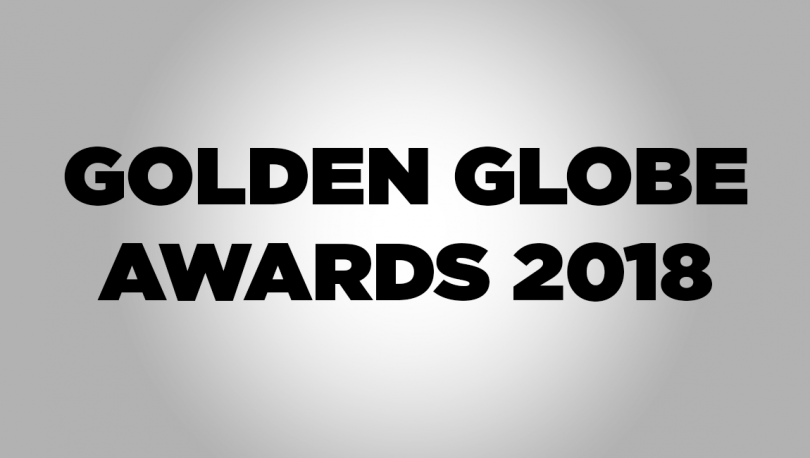 The 75th Golden Globe Awards, which took place on January 7th, was the first awards show after the numerous accusations that were made against men in the film industry — and it was much, much more than a simple awards show.

2018 started out with three hundred female Hollywood actors, agents, writers, directors, producers and entertainment executives (among them stars in the likes of Emma Stone and Reese Witherspoon) launching a campaign to counter systemic sexual harassment in the entertainment business and US workplaces in general. The initiative — titled “Time’s Up” — includes a thirteen million dollar legal defence fund to help women from less privileged backgrounds get the legal support they need when filing sexual harassment lawsuits.

In the public letter published upon the announcement of this campaign, it can be read “The struggle for women to break in, to rise up the ranks and to simply be heard and acknowledged in male-dominated workplaces must end; time’s up on this impenetrable monopoly.”

In that same letter, people attending the Golden Globes — both men and women — were encouraged to wear black in support of the “Time’s Up” movement, but above all in solidarity with victims of sexual harassment in the workplace. The mantra was simple: don’t just stand out — stand up. The red carpet, usually dominated by talk of jewellery, stylists and hair and makeup was used as a way to stir conversation towards the “Time’s Up” agenda.

The social commentary didn’t limit itself to this new dress-code, so to speak. The night was full of poignant and emotional acceptance speeches, the one standing out the most being Oprah’s. When accepting the Cecil B. DeMille lifetime achievement award, Oprah remembered being a little girl watching Sidney Poitier win an Oscar in 1964 while her mother, “bone-tired from cleaning other people’s houses,” stood in the background watching. That had been the first time an African American had ever won the award, and now it was time for Oprah to make history too. In her acceptance speech she left a note for the “little girls watching as I become the first black woman to be given this award,” making once again allusion to when she saw Sidney Poitier win the award she now held in her hands.

Oprah also pointed out the importance of the press nowadays in her speech, — “I want to say that I value the press now more than ever before, as we try to navigate these complicated times. […] What I know for sure is that speaking your truth is the most powerful tool we have.”

Finally, the actor and business-woman acknowledged the plight of women who have been sexually assaulted, “I’m especially proud and inspired by all the women who have felt strong enough and empowered enough to speak up and share their personal stories. […] But it’s not just a story affecting the entertainment industry. It’s one that transcends any culture, geography, race, religion, politics or workplace.”

Natalie Portman was in charge of announcing the winners of best director award for film, and she didn’t miss the chance to comment on the lack of female representation in the category by saying “Here are the all-male nominees.”

Men, their speeches, and intervention

Men were overall silent during the night, while most women had something to say about this movement and the polemics that came out in the last months of 2017 regarding improper sexual conduct. While women’s acceptance speeches alluded or even explicitly mentioned both the #MeToo and ‘Time’s Up’ campaigns, men’s acceptance speeches stuck to their usual talking points. As Martin McDonagh — British and Irish screenwriter and director of the award-winning movie “Three Billboards Outside Ebbing, Missouri” — told the New York Times, “I do feel it’s time for men to shut up and listen.” Several men, when enquired about this topic mentioned that they thought they were not meant to talk, but rather to give the mic to women and to empower them by being a supportive and open audience.

I’ve heard that many men were scared to speak about about #TIMESUP at the Golden Globes, so to show how easy it really is, I took five minutes to come up with a 30-second bit. Surely with your talents and resources you could do even better. And make no mistake, we expect you to. pic.twitter.com/fQ7jMHOQUf

While men usually do wear black to these kinds of events, a significant portion of male attendees wore white pins on their tuxedos engraved with the words “Time’s Up,” also showing support for the campaign.

Some men, like this year’s presenter Seth Meyers, did mention the existing inequalities that still exist in Hollywood, highlighting the fact that maybe a white male presenter might not have been the best choice at this moment in time.

One of the highest moments of the night happened when Sterling K. Brown — lead actor in the series “This Is Us” for which he received the award for best actor in a TV drama — gave his acceptance speech. The actor thanked his wife, his kids and his cast, but the most resonating part was the reference to “colourblind casting” that is picking up steam. Brown attributed his career success to this practice and thanked Dan Fogelman (writer for “This Is Us”) saying that he “wrote a role for a black man. That could only be for a black man. And so what I appreciate so much about this thing is that I am being seen for who I am and being appreciated for who I am. And that makes it that much more difficult to dismiss me, or dismiss anybody who looks like me.”

We could relive this moment over and over. #ThisIsUs #GoldenGlobes pic.twitter.com/Tao6AnHPtV

When trying to be woke fails

One of the lowest moments of the day, however, was the approach taken by E! network stars Ryan Seacrest and Giuliana Rancic when covering the red carpet. Despite having pledged not to ask their interviewees who they were wearing (a red carpet award show tradition), but rather why they were wearing black, the interviews they did failed to live up to this promise. Attendees were asked questions like “What were your New Year’s resolutions?” and “What are some strange secret talents you have?” instead of more in-depth and well thought out questions.

When Eva Longoria and Debra Messing made the decision to use their platforms to denounce E! itself for not paying their female workers the same as their male counterparts — Messing stood in solidarity with Catt Sadler who had quit her job just a few weeks ago over this issue, — Seacrest and Rancic did not approach either of them.

While it is still too soon to say whether or not the “Time’s Up” campaign and the seemingly woke approach in Hollywood to the gender pay gap, lack of minority representation in the industry and male dominance in the film world, it was refreshing to see an event as big as the Golden Globes addressing these issues.