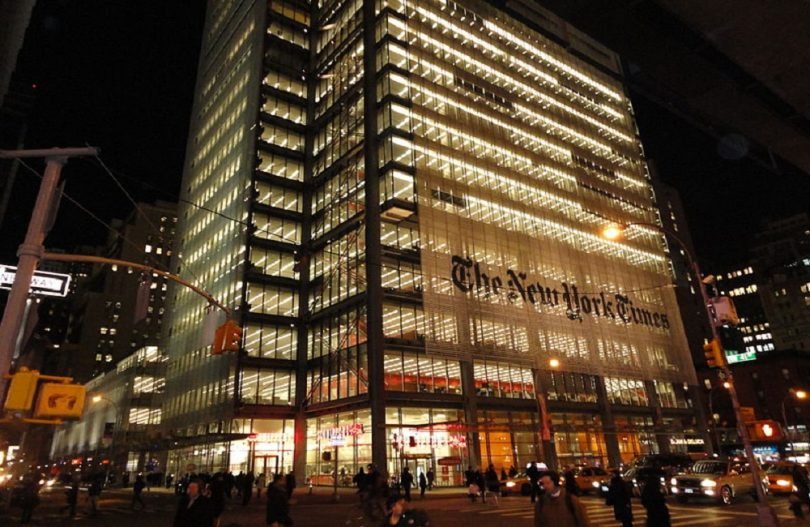 On first glance, the role of Public Editor may not make sense to an average reader. It may appear to be a way to promote good PR for a media organisation – an idiosyncratic method to exclaim to the world that their journalism, and only their journalism, is the best.

Yet, that is not the case – and a recent happening concerning one of the world’s biggest publishers has signified the importance of the role.

The New York Times announced Wednesday that it plans to close the position of Public Editor. The current editor, Liz Spayd, who joined the Times from the Columbia Journalism Review publication at Columbia University in New York nearly a year ago, will leave the Times on Friday, according to a memo from publisher Arthur Sulzberger, Jr.

The Times was one of several media organisations in the United States to have the role of a Public Editor. It was created in 2003 after controversy surrounding one of its journalists, Jayson Blair, who had plagiarised several stories and made up sources.

Blair committed the cardinal sin of journalism – and in order to ensure this didn’t happen again, the Times created this role, a role that has been beneficial especially as the Times looks beyond its hub in New York and goes international.

The Public Editor (or Ombudsman or Readers Editor) role, as well as its similar entities, have been common at organisations like The Guardian and the BBC. They have been unique when it comes to looking at the role of their organisation as an independent observer. It allowed for more transparency – to hold people to account, and to help ensure that journalism continues its important mission in enhancing democracy.

Too often, especially in the United States, the issue of making sense of journalism has been primarily an internal conversation. Not many opportunities are taken to engage the public, in an age where abject criticism from the Trump administration is a constant, along with changes in platforms and questions on trust in the media.

The world remaining at its best

The Times announced Tuesday however a new Reader Centre programme, allowing readers to engage with the Times about its journalism. The programme was based on the developments of social media and the interactions that take place on Facebook, Twitter and other platforms.

While the Times wants to ensure that reader feedback is a key component of their work, I fear this won’t do it justice, not because of its status advocating for its own journalism, but for helping all of us – aspiring journalists or not – to understand why journalism everywhere is important, and what any changes really mean.

The Times were right to create the Public Editor position, and are wrong to get rid of it.

These editors have been able to make sense of the ideas and processes in journalism – to walk people through the thinking of the organisation. While there are differences in the journalism industry between the US and the UK (such as the issue of impartiality requirements), its work has never been more important.

The platforms will change, but the traditional principles that guide this profession won’t. Whether you live in London or New York, there will always be a need for journalists to do what is said in the US Society of Professional Journalists’ Code of Ethics – seek truth and report it. Along the way, there will always be a need for public editors to ensure journalists and news organisations are accountable and transparent.

Together, beyond the realms of ethics, they do something extraordinary – ensure the world remains at its best.

Editor’s note: The author is an active member of the US Society of Professional Journalists.