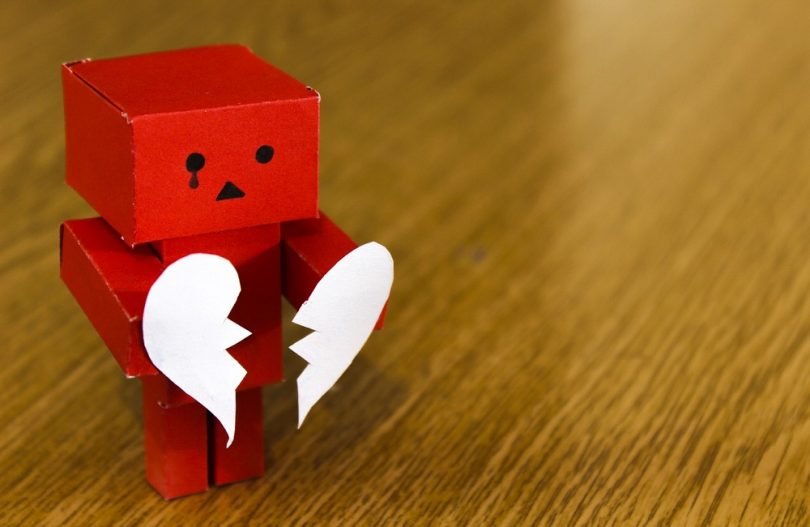 No matter how many loves you've experienced in life, heartbreak never gets easier. What can get easier however, is the way in which we deal with it. I've set out a playlist that will take you through the highs, lows and reality of heartbreak. If you need a cry, comfort or an explanation these tracks will provide just that.

So get your pj's on, Ben and Jerry's out and earphones in. Let's do this!

This man is one of my absolute musical heroes. His ability to take a deep rooted issue like heartbreak and adapt it in a less than conventional, stripped back manner with no clichés, cheese or bullshit cannot be compared. Heartfelt but complicated, ‘Cannonball’ metaphorically delves into the aftermath of a love that is no more. Ruthless, raw and realistic, each sentence relentlessly reminds us of our own heartbreak and the unfortunate feelings that crash within us as a result.

Rice's etire album 'O' could be used as a break-up playlist in itself. However as I earlier stated his ability to explore deep issues in such rigorous detail could induce even the happiest of souls into a depression. Stick with me and my playlists journey and when or if you need a good cry, revert to this classic.

“Babe all I ask of you is please don’t sleep, on a bed of promises I can’t keep.”

Maggie Rogers: Famously noticed by Pharrell Williams who was visibly, moved by her debut single ‘Alaska’ during a masterclass at New York University. At only twenty three years old, this multi-talented singer songwriter has produced, released and found success with ‘Alaska’ a genderless, timeless, classical tale of love lost and the efforts exhausted in an attempt to move on.

“Cut my hair so I could rock back and forth without thinking of you.”

Tori Kelly – Should've Been Us

Anger meets art, through the lyricism of ‘Should’ve Been Us’, a classic tale of ‘What if?’ Toxic but tantalizing, this song paints the perfect picture of the extreme ups and downs of a relationship on the rocks. “We were crazy, but amazing. Baby we both know it should’ve been us.”

This Irish singer-songwriter has re-revolutionised country music for me in the same way in which Taylor Swift did, circa 2006. Her ability to make country music relevant and modern whilst challenging the stereotypes of such genre is phenomenal. No fake honky tonk twang, in fact nothing about her music is forced. Her flow is effortless, her talent raw and her content extremely relatable.

This is exactly why ‘Starting From Now’ is an absolute go-to for any post break-up adolescent. The track details a situation most of us have or will be in. You know.. When you split up with someone but continue to end up with them at the end of the night, knowing you shouldn’t.

For the break-up you initiated – ‘Panic Chord’ will likely strike familiarity with  you and your circumstance. “The more that you keep coming over, the more I know it’s over dear. We’re just a box of souvenirs.”

This track explores both the external and self-acknowledgement of the reasons which drive someone to ultimately end a relationship.

After a long awaited comeback, the ginger haired chart topper is back with a vengeance. One of the more established of artists on the playlist makes the awkward, awesome in the form of ‘New Man’. The track details that dreaded moment when your ex moves on to a new partner, but stays in touch with you causing annoyance and mind games.

Katy Perry: Thinking Of You

What a pleasant blast from the past. Back when the singer was more indie and less commercial. No cake encrusted bralets shooting whipped cream, just simple sensational lyrics shooting up the charts after the release of her debut album ‘One of the Boys’.

Thinking of You is exactly that, thinking about somebody from your past whilst with a new partner. Taboo? Perhaps.. Terrifying? Definitely. This song and situation leaves you wondering when or if you will ever actually move on and when you do, will your new love be as good as loves gone.

“You said move on, where do I go? I guess second best is all I will know.”

‘Missed’ is a strong, soothing and sincere song originally written as a tribute and closure of Ella’s grandmother's death. This track can also be read as a tale coming to an end. My view of the song was of a girl hurt after being cheated on, verbalising these feelings through lyricism.

Although you miss and love the person, you know you have to cut them out of your life as the inability to trust them anymore, causes a negative domino effect throughout other elements of the relationship.

“Oh yeah, you did it on your own now you gotta go. Oh no, I won’t let you bring me down. You tried to hurt my feelings, you stopped me dreaming but I here I draw the line.”

Now this may seem like an unusual artist and track to stick in a break-up playlist but hear me out. ‘i’ focuses on the positive in the face of negative and essentially that’s what you should be doing during this time. Trials and tribulations are exactly that, a miniscule problem in the mass of life as we know it.  This problem will pass. This heartache will pass. Just remember to allow yourself the time to heal, grown and love yourself to your greatest ability. When you reach this life changing pinnacle, I invite you to turn the music up, put your dancing shoes on and sing this chorus loud and proud.