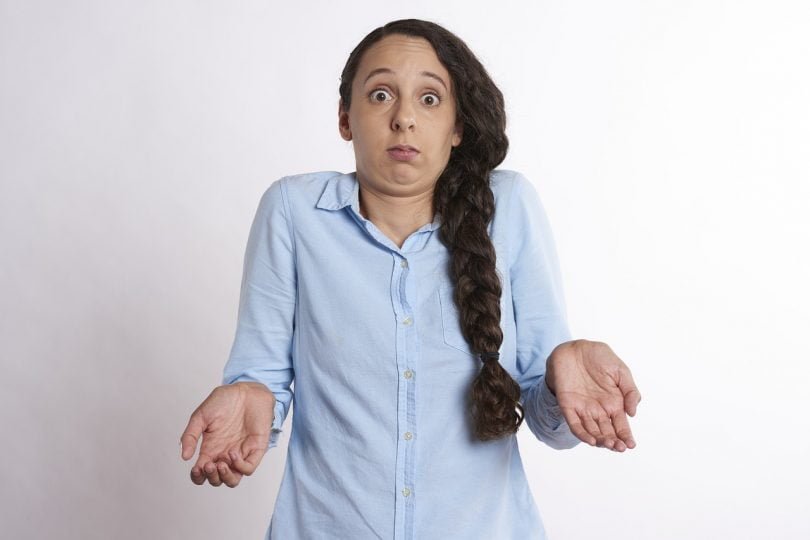 The company has announced that they’ll be boosting content produced by our family and friends instead of media institutions and brands, and unsurprisingly, the users are confused. Will that mean that their substitute for a daily briefing will be transformed? Will that friend of your cousin’s new girlfriend you’ve added after a summer barbecue appear on your timeline more often now? What’s behind Zuckerberg’s new move?

The CEO of Facebook has announced that the website changes its focus to "meaningful interactions". It means that its newsfeed will be rearranged again – this time, prioritising the content from our friends over the news organisations and brands. Having been accused of allowing the spread of the fake news and succumbing to the Russian disinformation campaign, the company has been pressured into dealing with the burning problems: abuse and misinformation.

Experts predict it’ll have a big impact on media. With Facebook’s previous development, a whole lot of media companies invested in growing their social media presences, so there are sound arguments out there that the new move from Zuckerberg’s company will result in yet another mini-revolution. As the Vox article on the topic mentions, “In the past, even incremental tweaks to the Facebook news feed algorithm have been watched sharply because they could have drastic effects on media outlets that relied on the site to get their content in front of readers.”

But there are more voices of critique. Jeff Jevis sceptically says that they couldn’t squeeze out any more money out of established outlets, so they just ruthlessly dropped their social responsibility instead of actually championing it. It might also mean that Twitter, that has already tried to position itself as the platform for news distribution with their ad campaigns, will capitalise on this (and gain extra troll trouble) when it comes to newsworthy conversations. On the other hand, it’s unlikely that a serious company would make a haphazard decision that could affect their profits without market research, so the business people seem to reject these arguments.

As I’m one of the journalists who promote their work on Facebook, there are certain considerations for me, though only partially dictated by social media: namely, whether I need to take certain steps to make others want to share my writing. It means striving for quality and quietly hoping that people do prefer a conversation over a listicle composed solely of memes. But it’s an impulse for all journalists, even more so at the beginning of their careers, to invest in being extra thorough and questioning more. As the Vox piece explains, good journalism will still continue to be factual and impartial even if it utilises emotions or personal perspectives. If you wished thinkpieces went away already, you might not be happy about it… but weren’t personal essays always important to journalism? Tom Wolfe and Joan Didion are asking for your consideration here. Good storytelling enhances reporting, plus personal perspective can help others relate especially when it enhances marginalised voices as shown with skilful journalism surrounding #MeToo. And I’ll die on the hill of the literary reportage, which was always my favourite form of non-fiction writing. We definitely need more of it, and many outlets have been underusing long-form pieces – it's difficult not to notice the impact of social-media-ready brevity on this.

Facebook’s newsfeed changes aren’t just the media vs. Facebook.
This also impacts your fave bloggers, brands and small businesses.
It will be harder for them to reach you without spending a lot of money and in my experience, people aren’t always happy with seeing paid content.

But where’s the pivot to friends and family aspect in this? Facts come first: last year, a teeny number of active users dropped as some age groups moved elsewhere. Now, I’m unfortunately a little older, but here’s some personal perspective for you: I’m not an avid user of Facebook anymore. It started purely because I was too busy in my last year of uni, so I couldn’t afford to gleefully spend so much of my time there. I came back for a month or so until I found myself notoriously enraged with comment sections and began to shut it out again. These days, if I use it, it’s to fish out a friend request. It normally happens weeks after a person has sent it to me in the first place, when I get embarrassed once they gently remind me of it in real life. Sometimes, my friends tag me under an article they think I’ll find interesting, or under a cool event they know I’ll enjoy. It’s also a simple tool for my closest family to easily call me up without paying loads of money, and that’s largely why I didn’t deactivate my account yet. Finally, I’ve always been more of a Twitter person, where I yell into an empty void all year round, but where my feed is tailored and, for the most part, presenting me with things that I enjoy reading, possibly with a little less gossip and drama either. Besides, it’s also allowing me not to spam the people who I’m friends with my fangirling over films, music, books, and whatever else I’m into at the time. And I still get that essential millennial dopamine shot when somebody likes what I say. Checkmate. Everyone wins, everyone stays sane.

I’m not also accustomed to doing what normal people do on social media. A regular human goes online to share the pic of their last night out or an important moment that reflects their day-to-day with precision. If you blog, you’re producing content basically non-stop – it’s a fun hobby because it allows you to do interesting stuff, at the end of the day. But I’m sure that some friends of mine are annoyed to see the recommendations of books, films, and events they haven’t asked for, as my private identity is, to a certain extent, merged with my blogging one on social media. However, my timeline is curated because it has to be. For a writer, it’s a part of creating your online voice in the era of personality. That way, you’re also trying to make it appealing to a broader audience, beyond the people who know you offline. But now, imagine all these people who unfollowed my relentless self-promotion on Facebook discovering they’ll have to deal with me again. What a story, Mark!

A lot of people I know add others to their friends without even knowing them, which I think the new update on Facebook will painfully emphasise. A bit of stalking revealed that some of my connections have over 600 friends of their own. That was proved practically impossible by science: people can maintain only about 150 stable relationships. Although I was always quite private when it comes to Facebook and my privacy settings are turned up to eleven, I used to do that as a teen. Duh, I occasionally did it later in life, too!

I did purge my social media friend list over various stranger things, breakups and breakdowns, but there’s still a handful of people who I’m friends with just for the sake of it. Though I’ve not seen them in person in years, I do know them personally, so I’ve never removed them from my friends’ list. Sometimes, that’s because I’ve regretted cutting people off without any closure in the past. Therefore, it feels irrelevant to do it virtually, even over a pettier thing; I’d feel really bad if I removed them from the friend circle, even if we were barely on nodding terms. I’ve hidden their posts when they decided to post fifty pictures of their baby in one day and deleted all their Candy Crush Saga invitations, so I’m not sure how I’d handle this long-term. At the end of the day, social media made me realise I know little about them beyond their name. And don’t get me wrong, it’s nice to cheer them on when something good happens to them. I’m all in for these good vibes, but I really doubt they care about my updates either.

Seemingly, my example seems to confirm the behaviour Facebook wants to elicit from me. But does it really?

Problems swept under the carpet

If you managed to miss the birthday notifications of the acquaintances you’ve barely spoken to (oh the irony, my Twitter feed is full of strangers), it’s unlikely you’ll be able to ignore the content delivered to you freshly from under their fingers now. And what if it turns out they’ve been shouting out their admiration for UKIP or Donald Trump all that time? I’ve unfriended or unfollowed people for opinions I found obnoxious and ill-informed before. If they were to be emphasised, I’d be much more likely to be less patient.

The company says it’s less interested in “passive” content consuming. The problem is that it might bring us to the rise of the political conversation over a family dinner that you never wanted to have offline, let alone in the overcrowded space of online trolling. It could help to solve the problem of the passive news validation associated with the high numbers of likes on content which makes people "drop their guard" by putting your family first, but isn’t it just a cover-up for a burning problem? As I’ve mentioned, some people argue it will bring an upheaval in journalism and help the case by changing news consumption habits. However, we’ll still have to challenge the people with the opinions that don’t agree with ours, that’s for sure – now, matched to the faces we’re likely to know. If you couldn’t care less to confront them or spare them your precious time to entertain them, you’ll be likely to log off even more often, and their views will stay unchanged.

The trolls will move to another cesspool, too, sticking to their radical pages that’ll remain untouched. For me, that’s a temporary solution. I don’t see how the conversation will suddenly turn into civil if contained just to friends and family, and I’m hoping that the company proves me wrong. In any other instance, I expect that Facebook will address hate speech and abuse much more seriously further down the line.

It all requires serious work when it comes to attitude changes. There are so many repressed views or misconceptions on this website; Facebook, in collaboration with the journos who use it, could definitely contribute to this more meaningfully by setting a precedent to support or verify trustworthy, respectable media sources. Given they’d pivot to facts, they’d establish themselves as leaders in how they contribute to the regulation of the Internet or making social media safer and more civil. After all, social media helped to overthrow dictators before, provided safe spaces and the promotional channels for activism, but also failed to sift through ill-informed articles that lack fact-checking, “verified” only by engagement numbers they ruthlessly gathered.

Culture/entertainment journalist who loves good stories. Writes about films, literature and events, and occasionally about current affairs, too.