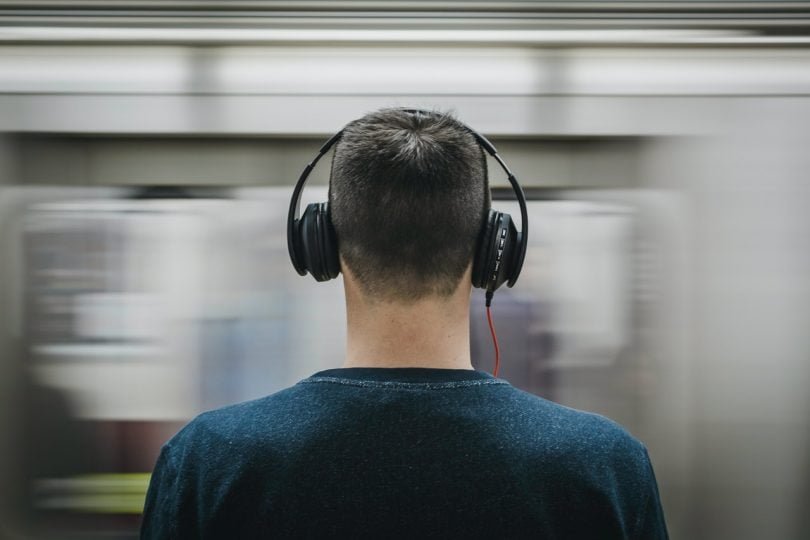 Over the past 10 to 20 years technology has been at a constant growth and the question of this growth remains, will it recreate journalism in the future basing news only online? The 21st-century has brought changes to the ways that we consume news differing depending on your age. The increase of technology usage has brought questions to how it has impacted upon how we consume news and media on a daily basis.

Are the younger generations inseparable from their mobile phones and social media or is that just the new norm in society? Is technology making our lives better or making us more secluded and living in our own heads?

We don’t tend to take notice of the changes in everyday life to technological changes due to the vast advances happening all of the time. How many hours would you say you spend on social media a day? How many adverts and promotions do you see? Younger generations have technology ingrained into their way of life and have become more and more dependent on it in many aspects. People have become very attached to their technology, they most likely couldn’t go a few days without it now. Reasons for this could be work and keeping in contact with family and friends, listening to music.

When focusing on consuming news, data and research has shown that younger generations favour online news consumption because of the accessibility and quick pace production these platforms provide. Social media is a growing phenomenon attracting all ages but mainly younger groups using the top 3 platforms: Instagram, Facebook and Twitter for news consumption. These three groups are most likely known by most age groups. However, they are used most commonly by 18-34 years old to find media or news.

Social media expands its dominance day by day changing the traditional ways in which people consume news.  Statistics show that “Half of adults in the UK now use social media to keep up with the latest news” according to Ofcoms 2019 report. However, in their 2020 report it states how fewer adults this year (at 45%) now use social media to find their news source but the internet as a whole is at 65% usage. Even though TV still remains a prominent aspect of news, social media and online resources for news will only grow because of the fast pace world we now live in. Social media is an up and down success depending on their updates and whether their target audiences are enjoying using their apps.

There are also changes to the age ranges social media producers are targeting at in 2020, introducing technology and media to younger age groups from 12+ focusing on groups that can persuade their parents to pay the subscriptions.

People need their news NOW, they see a breaking news headline and can view it immediately which can’t be said the same for TV production in the same sense and the amount of stories being produced at one time. Therefore, social media has changed how we consume news because the platforms have made information easier to access for the public to have on all platforms. People aren’t just going to to wait around for the 5 pm news round slot anymore because they have been introduced to a more fast working system that can provide news in real time.

Journalists have started to use social media platforms to gather intelligence and also release stories. Twitter is a prime example, the ongoing trends and feeds allows all types of information to be published at any time of the day. This type of micro-blogging has allowed journalists to write more freely on social media platforms, negotiating their professional norms and creating content in a new media format. It could be argued that younger users of twitter may prefer this type of micro-blogging as modern news consumption has to be short and easily read for people to take notice. These changes to traditional journalism root from the emerging technology, and are adaptations to global technological change.

Social media platforms also have wide ranges of advertisement and promotions that will engage and appeal to more audiences which are used to boost readership and using techniques to attract specific audiences. Social media is able to be more innovative due to free movement among the web and all audiences just the push of a button away. Social media is not only a platform for consuming the news but also promoting and advertising companies that produce news allowing these companies to adapt to modern news consumption but also producing traditional newspapers and magazines at the same time. However, most large companies are moving towards apps and online media due to the reduction in cost and time.

According to research from the Reuters Institute for the Study of Journalism at the University of Oxford, social media is used each week by more than half (51%) of online news consumers to find and talk about new content.

The ways in which content is produced on social media sites is actually different in comparison to how it is produced in newspapers due to the ability to provide eye catching videos, moving images and a more informal formatting targeting younger audiences to read/watch. These technical advances is another factor that has changed news consumption because companies around the world know the statistics of social media usage and they know the techniques needed to attract what audiences they want and Audiences that will provide the most views.

The introduction of technological apparatus such as mobile phones, laptops, IPads and tablets have also increased the usage of online media consumption. The technology industry updates very quickly, always producing the new best thing. People in modern society are expected to own these products to make their lives somewhat easier and to adapt to the new technological societies. For example, apps are a commonly used service for news companies that allows them to produce content online and gather subscriptions for the latest news. This new type of technology has become the norm in society, an expectation.

Social media and the idea of young fans:

The idea of ‘fans’ instead of viewers also highlights how the news industry is no longer fully traditional. News now has specific audiences, stories written for particular age ranges or types of people/background and also have larger variations of journalism such as podcasts, blogs and vlogs which offers more niché topics to their fans. In modern society, younger individuals may read blogs and articles because they are a fan of their work and are interested in the topics they write about, not just because it is the breaking news at the time.

It homes in on the idea of capitalising on fan engagement by reaching mainly young individuals and attract them using innovative structures to draw them in and increase readership and subscriptions based on preferences. It is argued that in the future all types of media will be subscription only and you will have to pay monthly for what you want online to be able to make money from their content.

The rise of podcasts:

Podcasts is part of the new media where producers can be consumer and consumers producers. The idea of ‘portability’ is an aspect of the format which allows you to take them wherever you wish and listen at any time. Due to the rise in technology, podcasts were formed as ways to tell stories through discussions but have evolved into many categories. Podcasts allowed the media to be more innovative through topics that aren’t always as popular throughout mainstream media and news.

Around 7.1 million people in the UK now listen to podcasts which is one in ever 8 people according to OFcom reports (2019) and half of these listeners have tuned in within the last two years. Therefore, there is evidence that there were gaps in the media industry that weren’t attracting all audiences but with the help of technology, podcasts were able to fill those gaps.

“Podcasts are transforming the ways people listen to audio content, just as on-demand video is changing how people watch television … media companies are embracing podcasting and offering more choice about what we listen to than we’ve ever had before”.

Why the techniques of podcasts have been so successful:

Podcasts allow all individuals to freely listen or watch whatever content they want. The categories are from mainstream to very niché topics, drawing in consumer attraction. In relation to the emergence of technology, 22% of people who own a smart speaker use them to listen to podcasts. The creation of new technology has allowed people to create new media and will most likely in the future favour new media as a new source. Research shows that the most popular categories include: entertainment (57%), comedy (54%) and discussion/talk shows (53%) – populous research.

However, it’s also inferred that publishers are making significant investments in news podcasting with the hope to attract younger audiences and to build habit, bringing more revenue.

Ian macrae stated that “podcasts are transforming the ways people listen to audio content” explaining how these new platforms are changing the ways the news and media industries operate.

1) micro-bulletins = with a length between 1 and 5 minutes

These types of podcasts have become popular in terms of consumers but there are also future prospects for podcasts introducing new innovative ideas to improve the market. for example, the industry of music in particular Spotify doubling its market share in the last year. Daily news shows have become increasingly more popular and In less than a year, The Guardian has built a bigger audience for its Today in focus podcast than it has for its print newspaper which is a huge step up for advances in technology and its consumption.

How has technology allowed podcasts to promote their content?

The majority of young people in the UK rely on their mobile phones and other devices throughout their day. This also refers to listening to podcasts. Marketing and promotion is a huge part of having successful media production; the fans are the revenue. However, social media is a huge part of marketing as most young people have one or more platforms.

Apple has a lot of control over most areas of media consumption including Apple podcasts, with an audience of 60 million viewers being listed. Technology has also made the World Wide Web interconnected. As we are now able to connect to people across the globe, it’s helpful to promote content globally and connect with other podcast creators to gain a wider audience.

THE FUTURE OF TECHNOLOGY AND MEDIA:

Technological changes are also being assembled to change how news is produced and consumed. For example, in 2021 the first BBC news stories will be written by a robot writing automated, repetitive articles and will be capable of producing complex stories. Therefore, the consumption of media and news will change as different systems will be set up in order to run articles like machines.

New technology now means that you can now view 360° images on the social network. YouTube and Facebook both introduced 360° video last year. These forms provide new ideas about news stories and different perspectives.

“the future is already here, it’s just not very evenly distributed yet.”