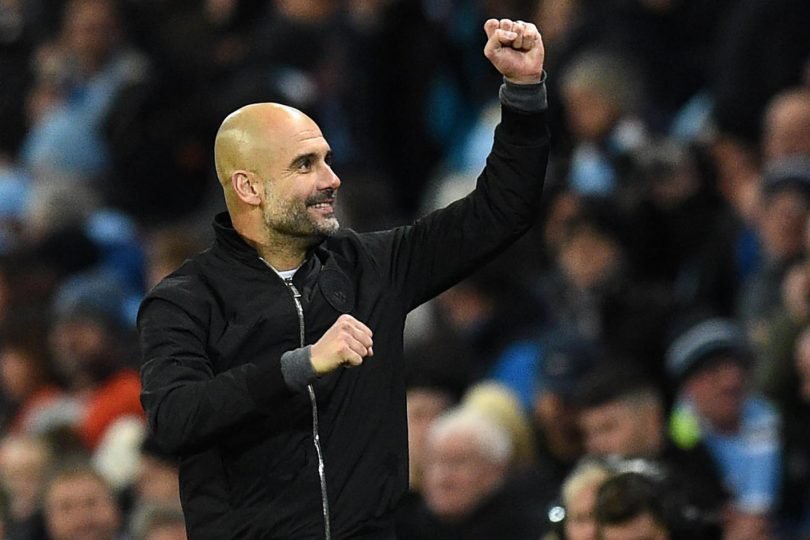 Manchester City, top of the English Premier League and bookies favourites to win this season’s Champions League, have been ranked the world’s most financially powerful club in a recent study conducted by Soccerex, organisers of the world’s biggest football finance forum.

If being the world’s richest football club guaranteed winning the Premier League, then Manchester City would have won it for the last five seasons – wouldn’t they?

Their average net spending on players per season over the last five years sits at just over £101 million, which is £14 million more than Manchester United (who have won the Premiership once in the last five years), £50 million more than Chelsea (who are the current title holders and have triumphed twice in the five year period) and a massive £80 million per season more than Leicester City (the surprising but deserving winners in 2016.)

In those five years, Manchester City have won it only once, back in 2014, when they snatched the title from Liverpool in the final weeks. 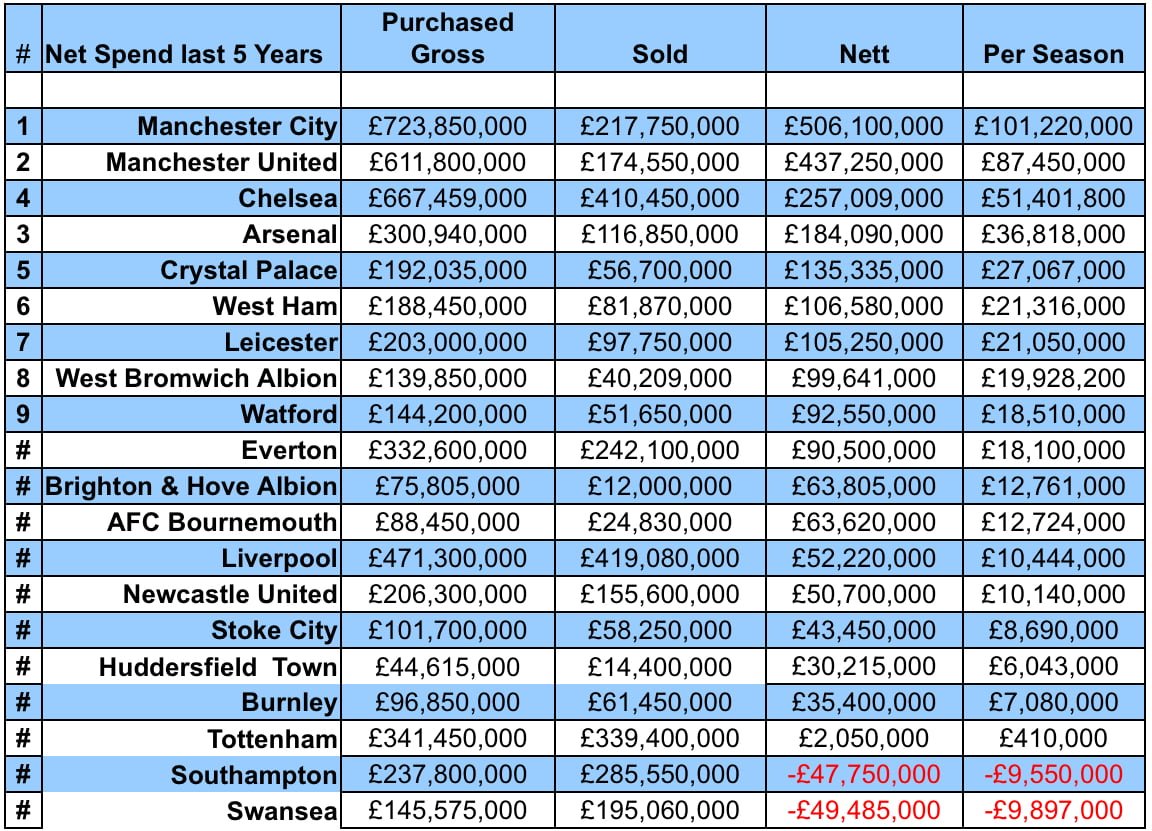 Image: Transfer League
So if there is a reason for City looking to be on course to win the Premier League trophy this season, it will be down to the recruitment of someone with no transfer fee and has the salary that is marginally more than that of City reserve team player Yaya Toure. That person is none other than manager and coach, Pep Guardiola.
Guardiola has an unprecedented record of three La Liga and two Champions League’s in four seasons at Barcelona, three Bundesliga’s in three seasons at Bayern Munich and a remarkable 22 major trophies in eight seasons as a manager.
Having scored an impressive 93 goals in 36 games, City in current form look unbeatable. While the Premier League trophy is within their reach, Guardiola isn’t as convinced about the Champions League.
City have drawn Basel in the last 16 of the competition and are favourites to beat the side and progress to the quarter-finals. But the City boss believes there is one obstacle standing in their way of the Champions League title – Barcelona.
When asked about winning all four trophies back in December, he said: “That is not going to happen.

Their financial situation for assembling the team may be enormous, but football fans will still conclude that they ‘bought’ their 2012 trophy, with owner Sheikh Mansour spending £1.6bn since purchasing the club four years earlier.
Over the years Manchester City have bought some top quality and expensive players, but so have Manchester United, Chelsea and Liverpool. This has not granted success for any of them.
Pep Guardiola is known for his ability to galvanise a group of players to play a high speed, technical, attacking style of football and instils them with the desire to win.
If Chelsea, Manchester United, Arsenal or even Liverpool had recruited Guardiola, for a salary equivalent to a tenth of Philippe Coutinho’s transfer fee, they too would undoubtably be on course to win the Premier League this season.
Money doesn’t buy you success, but it does buy a seat at the top of the table. Then the hunger within a team will determine the level of success achieved