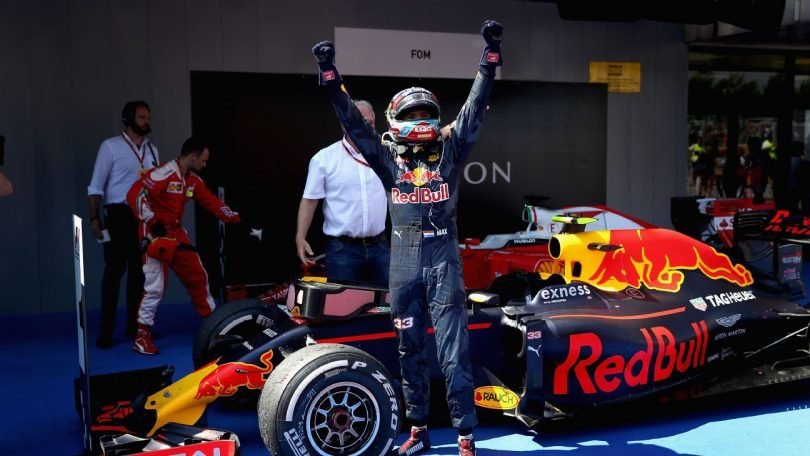 To be clear, there is a fine line between aggressive racing, and dangerous racing, but as of this season Verstappen’s style has brought a new element of excitement and tension, which the sport was missing last season, as Lewis Hamilton cruised to his third World Championship with no real problems.

Verstappen has deployed the tactic of swinging his car in the braking zones, and has given himself a trademark for these actions, leaving fellow drivers incensed. It has got to the point where the FIA have began to look into his actions, and potentially will introduce a new rule called ‘the Verstappen rule.’

Verstappen, at only 19 years of age is evidently an easy target, as veteran Kimi Raikkonen has established, with the Ferrari veteran having several altercations with the young Dutchman through the course of this season. None more so than in Hungary when both Ferrari’s were furious with Verstappen for his movement in the braking zones.

Verstappen’s actions however break the predictability of F1, this is what fans want to see. His actions are making for much better racing in comparison to the previous seasons. Its early days for Verstappen, but the comparison to the great Ayrton Senna’s bold style of driving, are already for all to see.

Obviously, there are some cases this season for Max that are undefendable and have been dangerous, but no more than any other driver. As Verstappen has built up this unique driving reputation, the blame can be put on Verstappen in any incident he is involved in.

Take Nico Rosberg and Lewis Hamilton, the roaring rivalry between the Mercedes’ pair has led to collisions with one another on more than one occasion, yet not one driver has really been criticised for ‘dangerous’ driving. The immediate response to the pair clashing is always who is ‘in the wrong’, with no mention of dangerous driving anywhere down the line.

It’s easy to see why Red Bull opted for Verstappen instead of Kvyat, his race style maybe has what it takes to win races, in a significantly slower car in comparison to main rivals Mercedes.

It is also easy to forget Verstappen brings many more qualities than just his unique defending style. Tyre management stands out, reflected brilliantly in Spain as he charged to victory on worn tyres, an experience he described as ‘like driving on ice.’

Many are forgetting, this is the youngest ever race winner in Formula one, and is capable of things which are arguably way out of his maturity level. The British Grand Prix, for example. Verstappen cruised past Nico Rosberg at Becketts in excellent fashion, a corner which has very little room for overtaking and is notoriously well known for being a corner where overtaking isn’t possible. Fans haven’t seen anything like this before, as Verstappen keeps surprising week in week out.

Many may feel there is a whole amount of pressure on young Max. 19 years of age, driving for arguably the second best team in Formula one, with several rivals on the grid. Daniel Ricciardo, his own teammate has even scrutinised Verstappen, his response to these critics? He finds them funny.

No one wants to the sport to reach a point where ‘racing’ isn’t number one priority. Fans will pay hundreds if not thousands to go watch their favourite drivers ‘race’ around circuits across the globe. If Formula one authorities are not careful, the sport could be heading in the direction of losing its racing, ‘exciting’ identity.