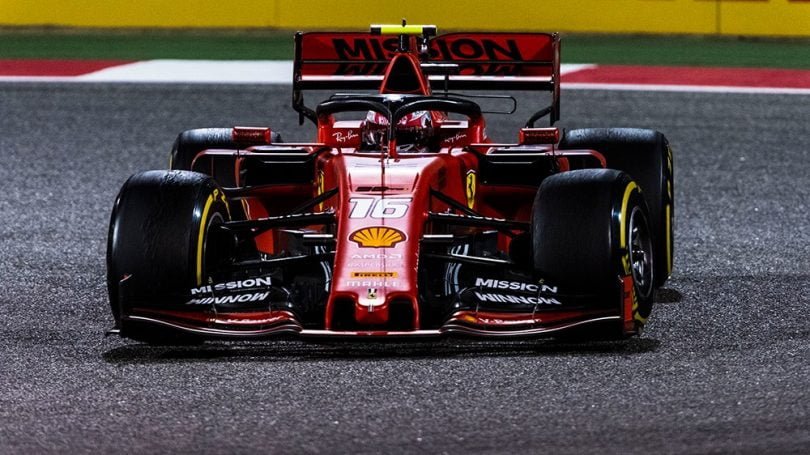 Last week’s race in Bahrain saw a thrilling spectacle from start to finish with drama and tragedy scattered throughout. Lewis Hamilton took seized the top step of the podium flanked by his Mercedes teammate Valtteri Bottas in second, and a despondent Charles Leclerc in third. Here are a few of  the main talking points from the weekend:

Ferrari saw a surprising performance improvement over the form we witnessed in Melbourne topping every session and securing a front row lockout on Saturday. Charles Leclerc secured pole with a 3 tenth lead over Lewis Hamilton in Q3 and it all looked set to be Ferrari’s race. However, mistakes and poor reliability soon thrashed any such chances. For Leclerc it was heartbreak as after an excellent recovery from a poor start, ‘cylinder issues’  totally drained is Ferrari of any power leaving him a sitting duck on the straights. It was a fault that ultimately cost him his comfortable 10-second lead at the front, only just retaining a podium place thanks to a serendipitous late safety car. Likewise, Sebastian Vettel had looked fairly likely for a podium finish. But after sustained pressure from a charging Lewis Hamilton, the German broke out another one of his trademark spins. The subsequent flat spot destroyed his front wing under heavy vibration and brought him in for an early stop, ultimately ruining his race.

Mclaren had a mostly excellent weekend managing to place both their cars into Q3 for the first time since Malaysia 2017 with Norris and Sainz seizing 10th and 7th respectively. An impressive Sainz even managed to qualify just 0.061 seconds behind the Red Bull of Max Verstappen in Q3. Whilst this qualifying pace did translate into the race, it was to be an early finish for the Spaniard after he came to blows with Max Verstappen during the opening laps. Norris however, did finish, registering an impressive 6th place, grabbing his first points in F1 whilst defending a late charge from veteran Kimi Raikkonen. Clearly, the papaya Mclaren has improved massively over last season. Indeed during the Pirelli tests following the GP Fernando Alonso commented that the 2019 MCL34 was  ‘better in every way’ than its 2018 predecessor. Promising signs for the recovering team that will surely be seeking to top of the midfield come the end of the season.

Haas and Renault fall flat in the midfield

After a promising start in Australia Haas had a pretty terrible weekend contrary to my (expectedly terrible) predictions. Kevin Magnussen failed to translate his 6th place in qualifying into any meaningful race pace finishing 13th. Teammate Romain Grosjean fared even worse registering a second DNF in as many races after Racing Point’s Lance Stroll shunted his car in the rear of the Haas on the opening laps of the race. Renault on the other hand somehow managed an even worse outing. Daniel Ricciardo’s attempt at a one-stop strategy totally failed, even if it did very briefly give him the lead of the race. Much to the amusement of Renault Sport F1’s Twitter team. On the other side of the garage, teammate Nico Hulkenberg showed promising race pace after a disappointing quali getting up to 6th by the closing laps of the race. However, it was to be all in vain as disaster struck with both drivers retiring almost simultaneously with engine failures. Quire a bizarre incident indeed.

Pierre Gasly’s second race in the Red Bull disappointingly shared many similarities to his first. A poor qualifying that he failed to recover in the race. Gasly again failed to get out of Q2 settling for 13th place and a full 0.417 seconds behind teammate Max Verstappen. In the race, his pace again proved fairly disappointing for a car as capable as the Red Bull recovering to a points position in 8th but surely not as high up as he would have wanted, especially given the retirements. Perhaps worse still, Gasly saw himself frequently targeted by the likes of Lando Norris’ Mclaren and even the Toro Rosso of Alex Albon throughout the race, being overtaken several times by less capable machinery. In efforts to explain his poor form, Gasly has said that he is struggling with the RB14 describing it as ‘unpredictable’ to drive in qualifying. The question is, how much time will he be given to adapt given the revolving doors at Red Bull Racing?

So there they are, some of the big talking points from Bahrain last weekend. Next week F1 heads to China for what will be the 1000th Grand Prix at track known for producing some cracking racing in the past with a number of long straights to boot. So much to look forward to in the coming weeks!