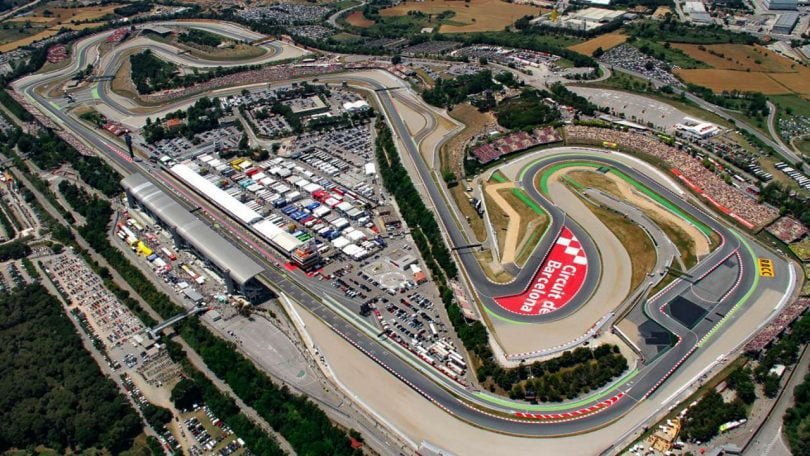 The Circuit de Catalunya plays host to the fifth round of the 2019 Formula 1 World Championship this weekend. It’s a circuit the teams know like the back of their hand as the venue for winter testing every January, so we can certainly expect some high-speed action throughout the weekend.

Any such running will no doubt be enhanced by the various upgrade packages that will be lining the pitlane over the race weekend. Barcelona in recent years has traditionally been the location for the first major upgrades of each season and 2019 is proving no different.

Ferrari has pushed forward an engine upgrade for this weekend, one which will not be afforded to customer teams Haas and Alfa Romeo. A decision that might strike some as curious given the Circuit de Catalunya isn’t exactly the most power sensitive track on the calendar.

Nonetheless, Ferrari aren’t the only ones bringing forward power upgrades to Spain. Renault too has brought a new engine to Barcelona a full two races ahead of schedule. Unlike Ferrari however, Renault will be providing this new spec to customer team Mclaren.

In contrast, championship leaders Mercedes have focussed their upgrade package on aerodynamics bringing a smattering of upgrades to this weekend’s Grand Prix in the hopes of further extending their already substantial lead over Ferrari in the constructor championship.

So what impact can we expect these changes to have coming into the weekend? The nature of the track at Barcelona tends to favour effective aerodynamics over power as a circuit at which it proves quite hard to pass. Accordingly, we can probably expect the more aero efficient cars to go well here. But of course, as always, it’ll be impossible to tell until qualifying on Saturday at the earliest.

What we do know for sure though is that this race is going to be vital for Ferrari. A fifth Mercedes win in as many races would surely spell the end for the Scuderia’s already fleeting title hopes, let alone a fifth 1-2 finish. The bad news for Ferrari is that Barcelona is and has been for some time something of a Mercedes stronghold.

Spanning back to the start of the turbo-hybrid era in 2014, Ferrari has never won a race at the Circuit de Catalunya. In fact, Mercedes have won every year with the exception of 2016 when they could only be stopped by taking themselves out with a first lap collision between Nico Rosberg and Lewis Hamilton ending in dual retirements.

This weekend then is going to be hugely telling for the rest of the season. Not in terms of points necessarily but in terms of what we can expect going forward. Another Mercedes 1-2 will surely shut the door on any kind of Ferrari comeback. Alternatively, a Ferrari victory may just ignite a glimmer of hope for the dejected Italian team.

Casting an eye further down the field, it will too be interesting to see how the various midfield upgrade packages affect the pursuit of 4th place. Racing Point, formerly Force India, have always proved highly efficient with their Spanish upgrade packages and after a strong showing in Baku, they’ll certainly we worth keeping an eye on.

At present, it would seem Mclaren have shown the best consistent pace in the midfield across all four tracks, despite the marked lull in Shanghai. Racing point sit a single point behind them in the constructor standings. Are they to be caught this weekend? We shall have to wait and see.

Overall then, Spain may not give us the most exciting racing on Sunday but it will prove decisive in the championship. Is it to be game over Ferrari? If so, can Bottas keep challenging Lewis? Is there to be a midfield reshuffle? It’s set to be a decisive weekend of motorsport.