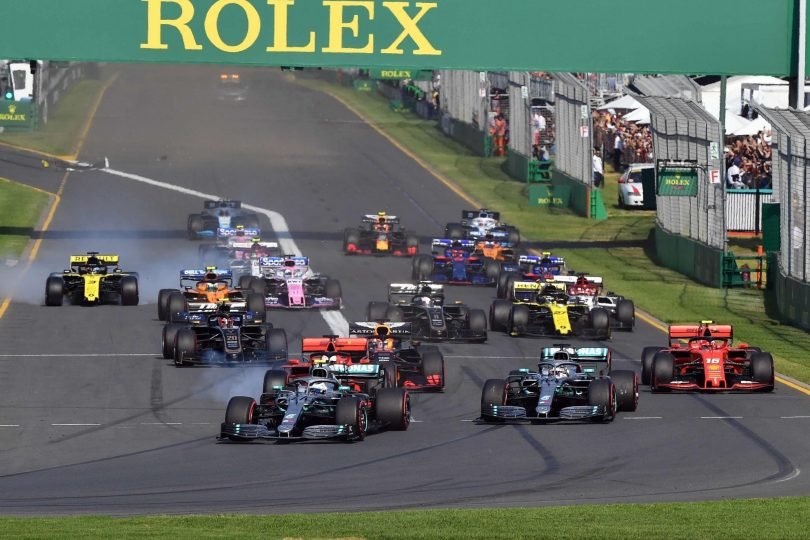 Valtteri Bottas won an entertaining season opener in Melbourne last week that has certainly given us a lot to talk about, so here are four of the biggest talking points from the first race of 2019:

Although Pierre Gasly’s qualifying session was cut short by what team boss Christian Horner has described a ‘perfect storm’  in qualifying, Max Verstappen managed to clinch third place splitting the two Ferraris and standing just over a tenth of a second from Sebastian Vettel’s Q3 time. Not a bad debut for the new partnership. Better still, through the race the Dutchman overtook the lead Ferrari for 3rd place and Honda’s first podium since 2008. Of course, celebrations were somewhat dampened by Gasly’s underwhelming performance on Sunday, with Red Bull’s other half only able to climb back to 11th, out of the points and only 6 places up on his grid position. Not a great personal debut, although Albert Park certainly isn’t the easiest track on the calendar for overtaking. It remains to be seen how the Honda power unit will fare on more power intensive tracks such as Bahrain next weekend. Nonetheless, encouraging signs for the new partnership.

In what was probably the best drive of his entire career, Valtteri Bottas stormed to victory in Melbourne by a margin of over 20 seconds ahead of an albeit wounded Lewis Hamilton. After failing to win a race in 2018 Bottas was a man under pressure  to say the least but he certainly came out fighting in Melbourne. Clearly, the pace was there from the start qualifying a tenth behind quali maestro Hamilton, enabling him to get the jump on the world champion straight of the line. From then on it was pretty plain sailing as Bottas disappeared into the distance for a comfortable race win. What probably struck viewers most about this renewed Bottas though was just the sheer hunger. “I want twenty-six points.” he insisted over team radio, desperate for a late stop to secure the bonus point for fastest lap. After the race over team radio he continued, stating presumably to his critics “To whom it may concern…  **** you!” Indeed Valtteri indeed. Whether this renewed Bottas sticks around we’ll have to wait and see, but it’s safe to say everyone is hoping he does.

Williams are just as Terrible as Everybody Expected

Nearly two whole seconds off a Q2 spot in qualifying and 2 laps behind the leaders is definitely not where Williams were hoping to place last weekend. It was however, probably where they were expecting to place. The team was compromised from before the season had even begun with their cars showing up several days late for testing and slow even when they did get on track. It was form that carried into Melbourne as Robert Kubica’s collision with the wall in qualifying solidified an already likely last place on the grid. Perhaps worse still was the reason for the collision, which it transpires was because much to the Pole’s surprise the car actually began functioning as intended midway through the lap, giving him an unexpected level of grip. Kubica’s rotten luck continued to the race. Front wing damage on the first lap meant he was destined to drive around by himself all afternoon with not even teammate George Russell for company. To be honest, Williams will just be glad both cars made it to the end. The team need all the data they can get to try and salvage some decent performance from what is clearly the worse package on the grid by an absolute mile.

The New Kids are up to the Task

The three rookies, Norris, Russell and Albon all put in respectable performances in their first Grand Prix. It was always going to be hard to judge current F2 champion George Russell’s performance considering he was driving a tractor around all weekend but for the other two there were certainly encouraging signs. Thai rookie Alexander Albon managed to qualify the returning and vastly more experienced Daniil Kvyat by a couple of tenths and Lando Norris even managed to earn Mclaren a respectable place in Q3 lining up 8th on the grid. Russell however burdened by his frankly terrible Williams only managed 19th, well over a second slower than the next quickest man Pierre Gasly. Unfortunately, none of the three managed to clinch a points finish. Norris, probably the best contender given his starting spot on the grid had to settle for 12th after getting stuck behind Antonio Giovinazzi’s sluggish Alfa Romeo for a number of laps. Albon likewise placed 14th at the chequered flag and Russell 16th after making three places up through the retirements.