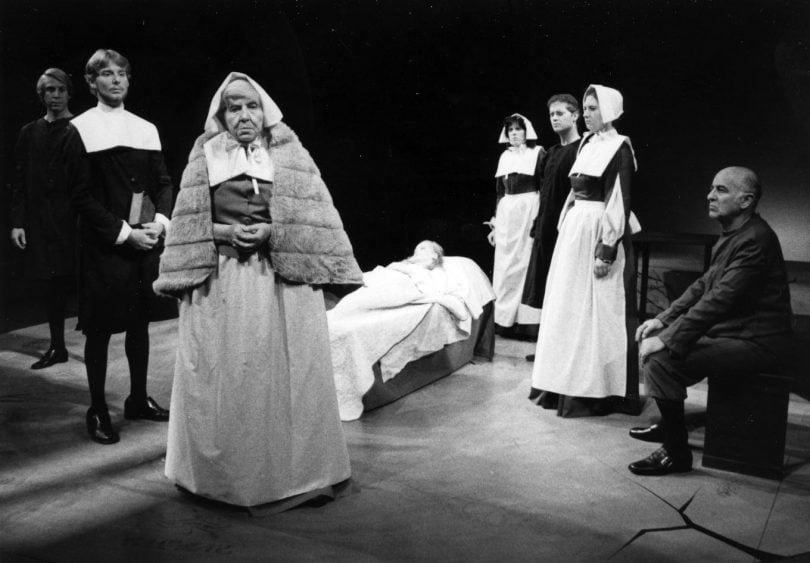 I might be rubbing my ego to call myself an aficionado when it comes to Arthur Miller’s dark and mentally challenging play, The Crucible.

I might be rubbing my ego to call myself an aficionado when it comes to Arthur Miller’s dark and mentally challenging play, The Crucible. I studied the play extensively at high school and university, performed it several times for exams and theatre clubs, and have seen it on student stages and in open-air theatres.

The continued success of the play since it was first published in 1953, is undeniably because of the power of the story and the way it tears at your heart and messes with your mind.

So, I was delighted to get the chance to see Yael Farber’s production at The Old Vic, as her work is renowned for being hard-hitting and visually stunning. Alongside that, The Old Vic has a unique in-the-round style setting, and is a fascinating theatre just for its layout.

The cast boasts Richard Armitage, best known as the dark and brooding Sir Guy in BBC’s Robin Hood, an ideal match for the proud and surly character of John Proctor. Farber has honoured the play by keeping the period setting, including costumes and set, however minimal.

Some recognition must go to the older actors, playing characters well into their sixties, as it’s a long and difficult play to manage night after night. That is the only fault I could find with the play – the first half is an hour and forty-five minutes in itself – but you will remain hooked until the very end.

The manipulation of props and set is ingenious – beds and staircases rise from the floor, and the illusion of a whole house is created with a real burning fire and some dough for home made bread.

In each scene there is just enough to dictate the atmosphere – midnight, morning, outdoors, underground etc – leaving plenty of room for the highest quality of acting from every member of the company.

A stand out play

The shouting, crying and hoarse praying will tear through you as the story develops, and more and more people are convicted of the ridiculous crime of witchcraft. It’s a play immersed in history as well as heartbreak, and Farber does well to stick to Miller’s original story word for word while playing to its theatrical intensity.

It’s a play you must know before you see the production, or the intricate system of lies and accusations will confuse you. But, if you are a fan of Arthur Miller, this production offers you the intense few hours you need to soak up Miller’s brilliant writing.

Special mention must go to Samantha Colley as Abigail Williams, whose control over the rest of the cast and audience is utterly chilling. Although most of the audience were likely there to see Proctor, Williams is arguably the main character in the play as she controls everyone who lives in the village around her, and manipulates minds with terrifying ease.

Colley takes on the role with a vengeance, but also a tenderness that comes through whenever Abigail and John are alone together. She plays the cruellest little girl that ever lived, yet manages to show her vulnerability at the same time.

Richard Armitage took the stage for the standing ovation, but in their hearts the audience knew they were applauding for the deranged and devastating Abigail Williams.