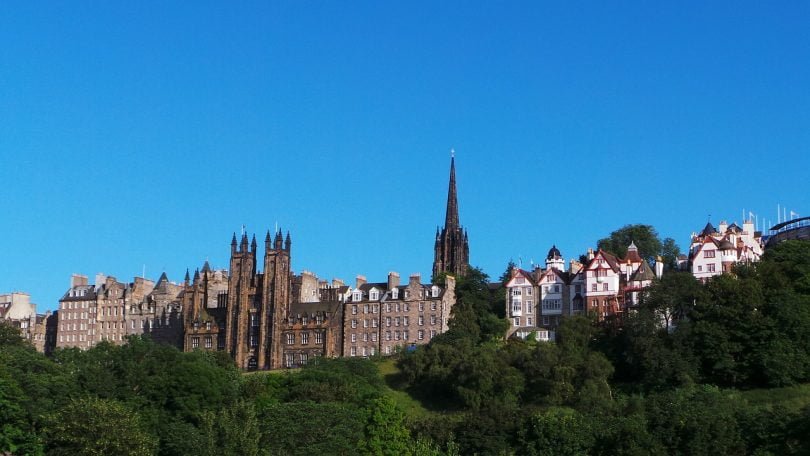 During The Edinburgh Fringe Festival most of us here at Kettle were out and about reviewing shows.

During The Edinburgh Fringe Festival most of us here at Kettle were out and about reviewing shows. But I was viewing the Fringe from a different angle, because I was part of the voluntary Marketing and Front of House team at  Northern Stage, Kings Hall.

That meant that I was working on the Box Office, flyering on the Royal Mile and in Bristo Square, and ushering audiences into the shows that Northern Stage were bringing to their new Fringe venue.

Sounds easy, right? Wrong. It was a lot of hard work. Of course, it was enjoyable and a great experience, but it was hard work. As a previous performer who had taken a show up during the Fringe in 2012, this was a completely different experience.

This time, I was able to learn the mechanics of how a Fringe venue and theatre company works, instead of simply performing a show and then reading the reviews afterwards.

The Box Office shifts consisted of working 10.30am – 3.30pm on the desk and on the telephones.  It was a shift that required me to know every specific detail about each show, from the price, ticket offers, performance times and dates, and of course, the age range. It was a fast paced shift that meant I had to be on my toes at all times.

Now, if you have ever been to the Fringe, you will know that it is impossible to avoid being bombarded with flyers. But if you are the person flyering a show – and a number of shows at that – then it’s a little bit like WW3.

Competing against fellow flyerers to persuade people to see your own show is difficult enough, but because I was flyering multiple shows, I had a far harder job.

Nevertheless, in the form of the Northern Stage team, we had our marketing meetings to support us with our flyering techniques. Such techniques included wearing a bright orange top, and carrying a Northern Stage tote bag that was full to the brim with flyers for their shows.

The most demanding shift, however, was the ushering shift, where we worked 10.30am until 5.30pm, or 5.30pm until midnight. Needless to say, there was a lot to think about.

From the programming of the shows, to the working out of the seating plans, and the checking of the audiences tickets, these were non-stop shifts. Luckily for me, ushering the shows more than once did mean that I got to know them inside-out, and it was interesting to note the different reactions of each fresh audience that happened to come to Kings Hall.

Working behind the scenes at the Fringe is a gigantic learning curve. Having done it once, I certainly appreciate the arts and theatre culture more. As a reviewer, you simply don’t have the time to experience the sort of preparations that theatre companies and venues have to work through during the Edinburgh Fringe Festival.

But of course, I know what you are all thinking. How did I have the time to see any shows? Fear not, my fellow culture lovers, for I was able to see more than 30 shows during the festival.

As a participant at the Fringe, my role did come with a fair few perks. Having a Fringe Staff Pass meant that I was able to see shows for free, or at a discounted price, as well as receiving discounts off restaurant meals.

Overall though, what I gained from my Fringe experience were a number of important contacts, which I am now able to use for my future career. In this industry, it is very much a case of who you know more than what you know.

So, whether it is meeting the actors, the PR agents, or the Venue Managers, they are all useful contacts to gain. I was able to learn a lot while on the job from all three roles, as they were enthusiastic about us asking questions or arranging informal chats for us to gain knowledge about the industries we want to work in.

The Edinburgh Fringe Festival is something you have to be a part of, whether that is  by going to see shows, performing in one, reviewing the festival, or like me, working in a venue. It is an experience that I will never forget, and hopefully next year I’ll be back again: but this time, as a reviewer.

What do you think? Did you attend the Edinburgh Fringe? Have your say in the comments section below.