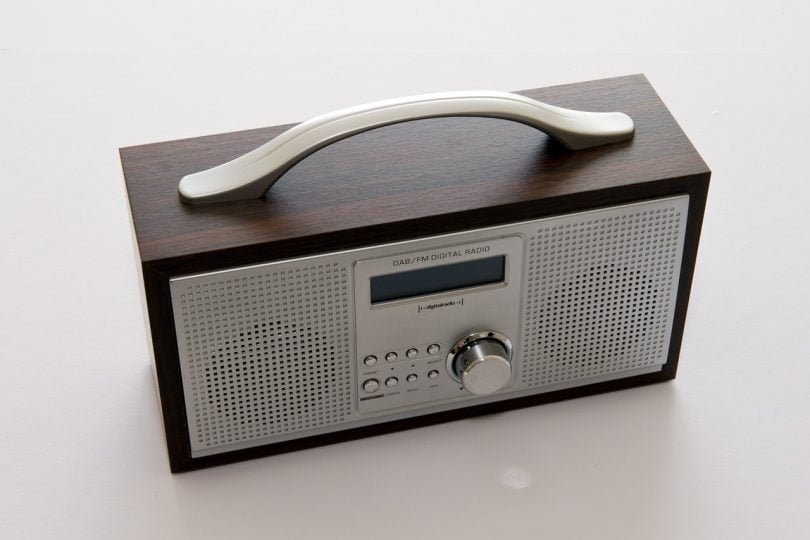 There is no debate as to whether or not the current news cycle is crowded, but it is interpreted and delivered to you one by media organisations – you may have a favourite morning television programme, or pick up a papers on your commute, if you still appreciate the printed word. Yet, approximately 90% of us listen to the radio, making it still one of the most consumed mediums through which broadcasts are made – you’ve probably listened to the radio several times this week, sometimes without thinking of it.

In the UK, the media landscape is dominated by a few big name organisations. The BBC is an obvious example, and odds are you know all the numbered stations and you know of your local BBC radio station too. You might be aware of Bauer Media, who own big national brands like KISS, Absolute and Magic, as well as more local brands including Free Radio. FM junkies may also know Wireless Group, home of talkSPORT and Virgin Radio. But the one with some of the most recognisable brands is Global – the owner of the Capital, Heart and Smooth networks to name just a few.

At the end of February, announced and cutting the number of local Drivetime programmes offered too – on the Capital network, the first to see the changes take effect, the current Capital London breakfast show presented by Roman Kemp will be networked nationally and areas will be merged so nine Drivetime programmes will be offered nationally as opposed to the current fourteen. The changes there take place on the 8th April.

Why is this happening?

Towards the end of 2018, Ofcom, the regulator for broadcasters, announced that they were ‘localness.’ Up until that point, a radio station was required to produce at least seven hours of local output between 6am-7pm – that would have been previously covered in breakfast and drivetime shows.

But the rules were changed – stations now only have to produce three hours of local content, which can be covered by the Drivetime programmes, and there is no need to include breakfast programming in those three hours – so long as local news is still broadcast during that time. Ofcom also introduced the idea of larger ‘approved areas,’ which paves the way for smaller individual stations to merge to share programming across a region like the ‘West of England.’

The move by Global will see 10 studio sites across the UK close, and it’s taking place to allow companies like Global to compete further with the BBC – Radio 1 and Radio 2 retain hugely popular audiences at breakfast.

So what’s the problem?

The topic of networking radio stations recently made its way to Parliament, courtesy of Lilian Greenwood.

The deregulation of radio and axing of local breakfast and drive time programming by Global was raised in parliament today by @LilianGreenwood MP#localradio pic.twitter.com/I7sjo1QSrr

And there is an undeniable issue present in this deregulation and delocalisation of radio networks that people love and enjoy weekly. Radio is vastly different as a broadcast medium to that of television – when a presenter speaks into a microphone on a radio station, they speak immediately and directly to you, rather than into a camera lens and visibly speaking to the masses. It has been more than fifty years since the BBC launched their first local radio station, and they remain vitally important – The Spectator points to former Labour MP Douglas Alexander, who spoke of the ‘culture of encounter,’ the feeling that we live amongst strangers. The way to get around it, they suggest, is through shared experiences. Local radio forms part of the fabric of our communities, designed to fulfil this role.

Lilian Greenwood was right to raise the issue of losing local radio in Parliament. Not only does it reduce truly local options for listeners across the UK, the move has the potential to increase an already fractured media industry – not just in radio. None of the major newspapers in the UK are headquartered outside of London. The BBC, ITV, Channel 4, Channel 5’s owner Viacom and Sky all call London their main home. Both the BBC and ITV’s News at Ten bulletins are broadcast from London. Radio 1, 2, 3 and 4 are all broadcast from London. Bauer broadcasts its national brands from Golden Square in Soho, and Global is set to broadcast its brand new networked breakfast shows from Leicester Square in – you guessed it – London.

Global’s move is a further reflection of the centralisation of the media in London, losing distinctive local voices and representation in the process. It, of course, leaves room for hyperlocal community radio stations to begin offering a similar type of service and serving communities on a far smaller scale, and whilst their role in the media landscape is vitally important, they aren’t designed to fulfil the more general entertainment purpose that commercial radio is. So as Capital prepares to take a leap from local to London, and as the Heart and Smooth networks prepare to do the same later on this year, take a look at your radio and see how many truly local options you have left to choose from. The answer may surprise you, as will the cost to regions up and down the UK.