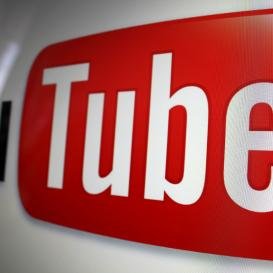 The Advertising Standards Authority (UK’s independent regulator for advertising) has recently issued guidlines regarding Youtube advertising in light of a recent ruling against Mondelez UK Ltd.

The ruling concerned Youtube “vloggers” being paid to advertise Oreo biscuits in the form of a “Oreo Lick Race”, where viewers were encouraged to participate by licking the cream off Oreos as quickly as possible. This campaign involved some of Britain’s most well known YouTubers, including Dan Howell from “AmazingPhil”, who has amassed over two million subscribers on his channel.

However, it was unclear from the videos themselves that there was an existing commercial relationship between the advertisers (Mondelez, the parent company of Oreo) and the vlogger- something that caught the attention of the BBC Newsround team. One journalist later reported his findings to the ASA.

According to the ASA’s website, it is “perfectly legitimate for vloggers (or bloggers, tweeters etc) to enter into a commercial relationship and be paid to promote a product, service or brand.” However, this relationnship comes into scruitiny when the vlogger fails to address the fact that the video is ineeded being sponsored, highlighting issues of non-disclosure amongst the Youtube community.

Whilst it was argued by the advertisers that viewers would be able to identify that the videos were sponsored through disclaimers such as “thanks to Oreo for making this video possible”, the ASA argued that these did not make clear the marketing nature of the videos. Viewers would only be able to assume that Oreo had a part to play in the process of the making of a video, but it was insufficient to show whether or not there was a commercial purpose involved. Furthermore, the ASA ruled that vloggers will have to make it clear before viewers click on a video whether it is a paid advertisement. This will be achieved by putting the word “ad” or “promotion” in the video title.

However, as of today, the videos still remain uploaded on the vloggers respective Youtube channels, despite the fact that the ASA stated that “the ads must not appear again in their current form”, bringing into question the purported influence the ASA has in terms of regulating videos. In light of the current controversy, the disclaimers on all the videos have been modified reflecting the fact that the vloggers were paid by the advertisers.

Although Mondelez may have come under investigation, there are a larger number of paid and sponsored videos on Youtube that seemingly escape the ASA’s scrutiny. This is particularly evident amongst beauty YouTubers, many of whom work in conjunction with beauty brands, and are often provided with free products which are then showcased in videos, in many cases without reference to any sponsorship deals.

Ultimately, the ASA argues that “it pays to be honest. Vloggers build their fan base on the originality and authenticity of the material they produce. It’s potentially damaging to their reputation to be found to have hidden the fact that the content they’re producing is paid for and controlled by an advertiser.”

For more information regarding the ASA’s policies, watch their video about responsible advertising in the UK: