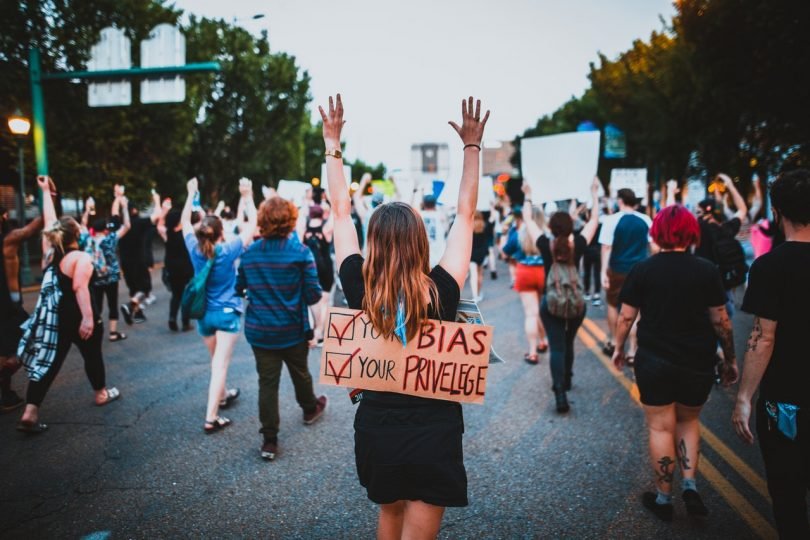 Although we often see music as a way to escape, ultimately art imitates reality. In my mind, political music is frequently the most powerful art form. To celebrate it, I’ve chosen five artists who have shown excellence in both creativity and message.

‘Shout’ is a timeless protest song. It encourages people not to be silent in the face of injustice and oppression; to air their grievances with the world. While appreciating it in 2020, I couldn’t help but think of the Black Lives Matter movement. ‘Everybody Wants To Rule The World’ presents us with a melancholic realisation about humanity: there will always be those among us who crave power. When these people become our politicians, the potential for suffering on a global scale is great.

Also from the 80s is ‘The Queen Is Dead’ by the Smiths. From the title alone, it’s obvious that this is political music gone radical. The lyrics are controversial, inflammatory and convey a sardonic disapproval of the monarchy and the church. When it comes to political music, there’s no one more brazen than Morrissey.

Jumping ahead to the early 2000s, we have ‘Idioteque’ by Radiohead. Sonically, its an eerie lullaby. Lyrically, its humanity’s worst nightmare; full to the brim with chaos, anxiety and foreboding. It reminds us that nuclear winter is a very real concern in the 21st century. Five minutes and nine seconds is all it takes for Thom Yorke to convince the listener that the apocalypse is coming.

After the September 11 attacks, the world would never be the same again. The US launched the ‘War on Terror’. Security was ramped up in airports. Paranoia took hold of humanity. This political atmosphere prompted Coldplay to write ‘Politik’. The simple lyric ‘Open up your eyes’ reminds us that we simply can’t afford to be apolitical.

For me, The 1975’s ‘Love It If We Made It’ is the perfect protest song. Matty Healy has described it as ‘very objective’. Indeed, it’s nothing more than a timeline of political turbulence in the years 2016-18. Although Healy’s delivery is aggressive, his lyrics are nothing more than newspaper headlines; he never once offers an opinion. The song doesn’t tell you how to feel. It simply shows you the state of the world, and leaves you to make up your own mind. With the song ‘People’ however, Healy finally snapped and unleashed his pent-up frustration. It’s ‘The Queen Is Dead’ reimagined for an entirely different generation.