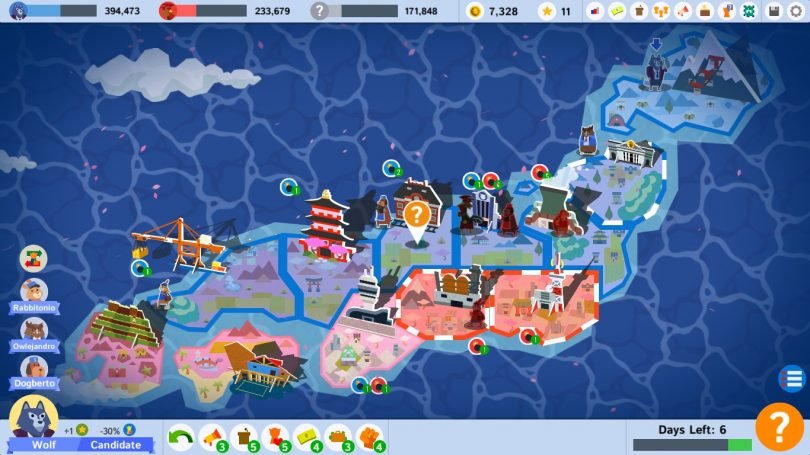 Political Animals is an election simulation game. I have a love-hate relationship with the genre as many others do, they’re either way too in depth, complex or they’re too unrealistic. Democracy 3 is a great example of the status quo within political/governmental simulators. It gives a mass amount of societal issues that you need to decide responses too and is overall a great simulator that’s fun if you’re into politics and voting. If you’re not into politics for whatever reason you’ll struggle to find a political simulator that you’ll find fun and playable, the status quo has made it hard to tamper with the structure of political simulator games, whilst still being taken seriously within the genre, but Political Animals may have just successfully broken free, emerging as a political simulation that is fun, quirky and different!

The game is a fun take on the classic genre, you play as a presidential candidate within an animal kingdom of voters, you can be a sneaky rooster, malicious and aggressive, or a sweet little mouse trying to play fair and win honestly, you can customise their personalities slightly with a pro and con such as, ‘Good Looks’ which will help you when scandals and 'Wallflower', which makes it hard to ask for donations. It’s fun and gives your character some depth that actually impacts the game. You can also change the character’s name, which is a fun addition if you want to play as a mouse called Bernie, a Tanuki called Harold, or even an elephant called Donald. 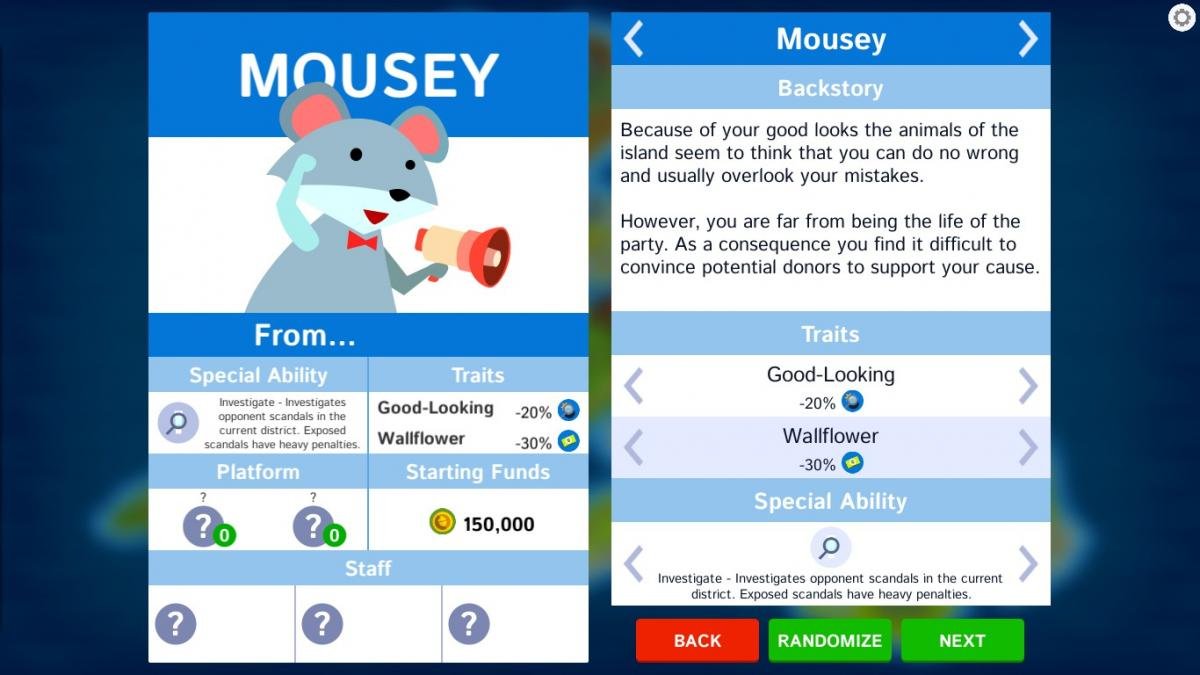 The gameplay is simple, you and your staff move to different districts of the map trying to gain more reputation than your opponent during your campaign, the time of which is also customisable, you do this by spending money; rallying, campaigning and sending gifts or bribes to important animals, you have limited funds, though, so you can also raise funds, but districts have limited available funds and if they don’t like you this isn’t going to be easy. Open events are a common occurrence, they give you a scenario and you choose the best response, however, this commonly lands you in a scandal but can easily win you a load of voters and money among other things.

If you’re not massively politically aware, you will struggle with some aspects of the game, but overall you’ll normally be able to play and win regardless by just getting a higher reputation, but the more you play, the more you’ll learn, the tutorial and guide are also very helpful. 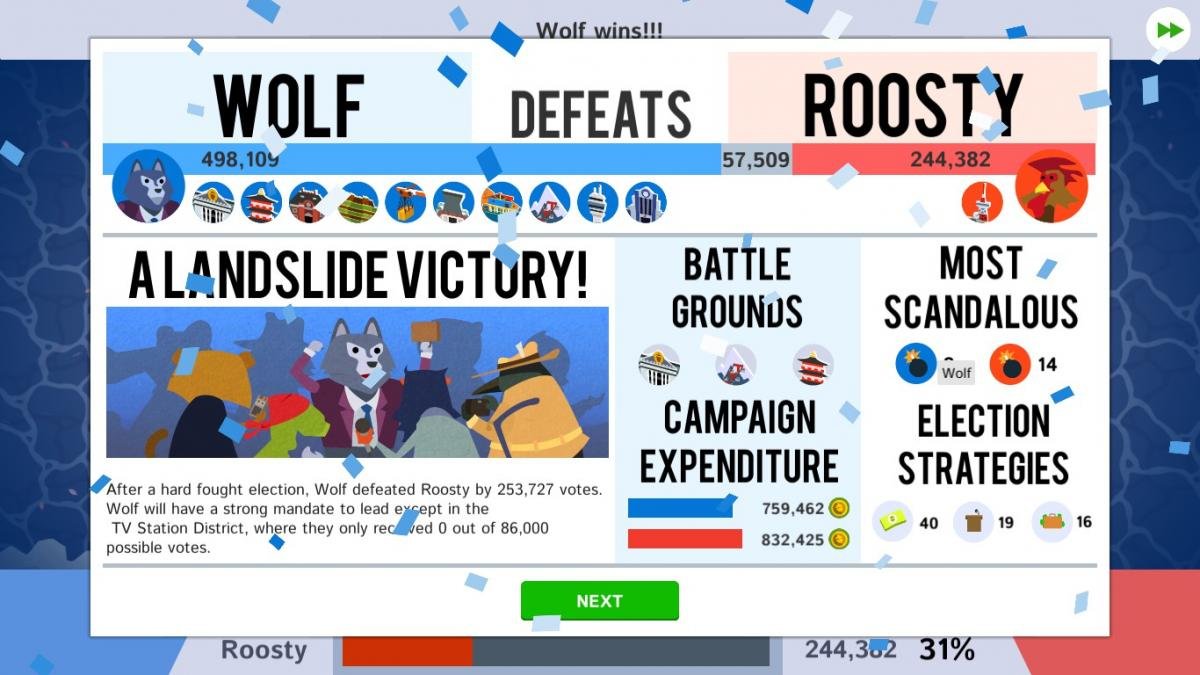 Overall this game is great and definitely worth the £10.99 price tag, it has multiple maps and characters that are unlocked over time and is a genuinely fun game, I’ve spent 6 hours on this game and haven’t even unlocked everything, it’s a fun little simulation game and definitely is one to watch out for in future, especially considering the current demand for a multiplayer game mode, which would make the game so much better, you could literally fight your friends to become president as a crocodile! Keep an eye on this one, the wait for multiplayer is un-bear-able.