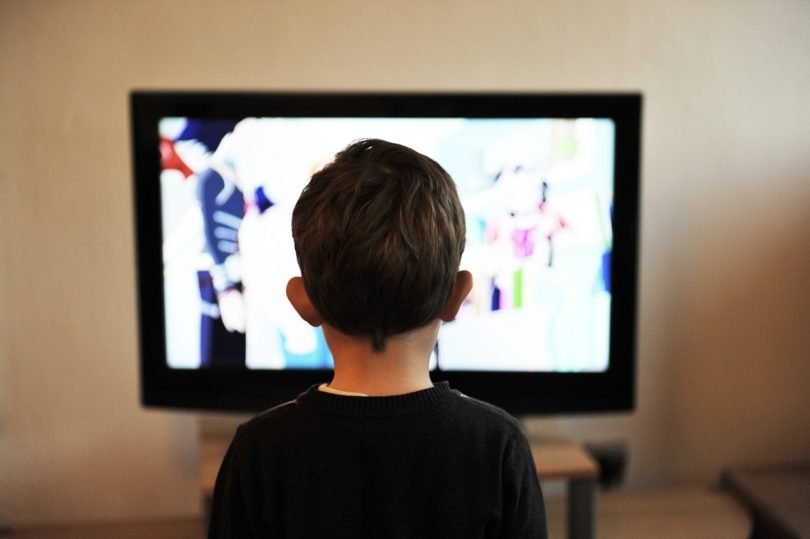 I dare you to name something better than sitting, lounged out with snacks and (if you’re of a certain age, of course) a few beers and just taking yourself back to your childhood with a cartoon binge.

Prepare yourselves for my opinionated and completely unnecessary run-down of the Top Five Cartoons of all-time*. By ‘all-time’ this will mean during my lifetime. The twenty-plus years of being a big kid and still belly laughing at the animated and colourful characters that transport me to back to nine-year-old Alex- now, there’s a thought: what would you say to your 9-year-old self if you had the opportunity? Anyway, I’m digressing again.

*Please note that due to my perfectly healthy obsession with The Simpsons, they will not be featured in this article because we’ve all heard enough from me about that incredibly cromulent and embiggened TV series.

The countdown begins with a real diddily of a doodily- that is, our numero uno: 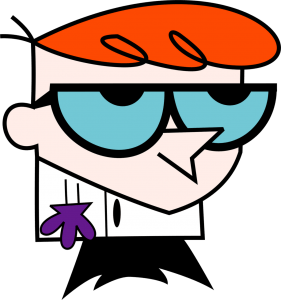 Where can we begin with the vertically-challenged and intelligent juvenile professor? If you pass over the fact that he has some sort of German accent despite the rest of his family being ultra-American, Dexter is a boy genius struggling in a battle against his bouncy blonde sister Dee-Dee (I will admit to Dee-Dee being my first ever childhood crush…it’s not weird, it’s a cartoon!). Two real highlight episodes are the one with the infamous ‘Omelette Du Fromage’ where the young Einstein-a-like has his mind stuck on the French language after an invention goes wrong. The ‘French’ accents are used very loosely but, over two decades on, I still make regular reference to the fact that it doesn’t actually mean ‘cheese omelette’ in French. The more you know.
Another quality episode which I urge you, right now, to stop everything you’re doing and search for it on the internet is the one where Dexter goes back to visit his old laboratory. The machinery and inventions he abandoned to move into his bigger and better lab are still alive and kicking in the ghost town. We’ve started now, ladies and gents, on the highway of nostalgia. Let the tears flow. We all grow up. Why do you think the creators chose the name DEXTER? 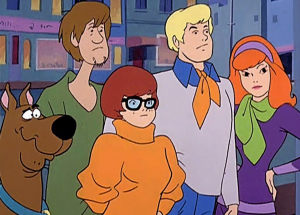 Anything before the absolute atrocity that is ‘Shaggy and Scooby Doo Get A Clue’ is fine. How many times a year do you say the word ‘zoinks’ and is it as often as I do? Then there’s that Velma Dinkley. It’s the orange sweater that does it, I think. The gang go around solving mysteries and always split up into Shaggy/Scooby, Fred/Daphne and Velma searching for jinkies all on her tod. I definitely used to enjoy the TV movies they made in the late 1990s and early 2000s. Things like ‘Zombie Island’, which is exactly what it says on the tin. The Mystery Machine parks up in some haunted car-park and the group set out to find the culprit of the, usually, spooky spectacle.
I don’t wanna be a killjoy but it’s nearly always the janitor or the jilted theatre owner. They would have gotten away with it, too, if it wasn’t for those meddling kids. Scooby Doo is fifty years old and still has that timeless quality to it. Let’s not mention Scrappy Doo and his speech impediment or Scooby Dumb and his…his…what the fuck is he to the gang anyway? Is he related to Scooby? Oh, I don’t know anymore. Watch it anyway. The theme tune from the 1970s era is funky, as well. 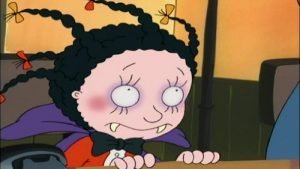 With easily the best theme tune of them all, Mona showed us her fangs in the early 2000s and remains an absolutely solid bit of animation. The episode that always springs to mind is the food poisoning one where Mona and her mates have to defeat Sam and Ella to stop them from giving everyone the squits, basically. I doubt they said that in so many words, of course. The dog was called Fang and the whole thing was just a figment of their imagination but, still, it made me want to be a supernatural crime-fighter as well. Before anyone asks, I didn’t fancy Mona and don’t know anyone who did. Just putting that out there.
I always remember that she had some odd Scottish-American accent and the best part is that when I was at uni, someone went dressed up as her for Halloween. Quality.
Normally, things about the undead aren’t really my thing but that refrain of ‘show us your fangs…yay Mona!” will live on in my heart and soul forever. If that makes me sad then I guess I’m just a massive saddo.

“The only way we’re gonna end this is by putting the spirit of the Dancing Underpants Ghoul to rest.” 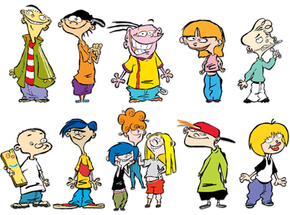 The story of three friends called Edward who lived in an adult-free cul-de-sac and just ran riot all day, every day in this lawless community. Ed was the stupid one, his running style saw him throw his head backwards and move his legs as fast as possible. Edd (or Double D) was the brains, the sock-wearing intellectual clean-freak. Eddy was the leader, the one that was always thinking of some crazy get-rich-quick scheme involving massive jawbreakers and trying to impress his love interest, Naz.
Episodes to remember are the ones where the boys get harassed by the Canker Sisters, so-called because they look like the barnacled back-end of a rowing boat.
Where they skimped on the quality of the animation, the characters are excellent. There is Johnny and Plank, literally a piece of wood with a drawn-on face that is more popular than any of the Ed’s. There is Jimmy, a weak and shrill boy with a brace that travels all the way around his head, hindering him at every opportunity- although he can somehow still eat huge jawbreakers. Rolf brings a weird, Scandinavian accent and a taste for freshly-ploughed root vegetables while Kevin brought the word ‘dork’ into the Grimsby mainstream for most of 2002.

“Hey, Ed boys’, how about trying a tasty, fresh beet?” 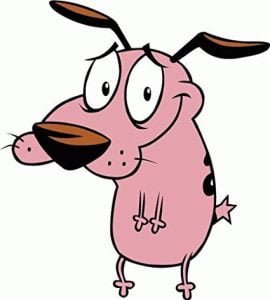 Ah, yes. The adventures of a shaky, terrified pink dog hilariously named Courage. This is the show that used to freak me out the most when I was a kid which is probably why I remember it so fondly. Courage was the house pet of that old couple and whenever the old man was upset with him, or embarrassed by his cowardice, he would put on that weird mask and shout gibberish. I’m not making this up. This was children’s television at the time.
There is that famous scene where some sort of weird alien thing appears on screen telling the millions of kids watching worldwide that ‘you are not perfect’. I mean, aaaaagh. What was that? To this day, I still have no idea why anyone would think that was a good idea to put into a cartoon.
Seriously, the thing looked like it had escaped from Area 51. There’s no wonder Courage was cowardly then because it scared the hell out of me when I was like eight or nine. Find it on youtube and you’ll see what I mean. It’s the stuff of nightmares.

“You are not perfect.”

So, there you go. Feel free to comment with your own favourite’s from when you were a kid. I can say that it was difficult not finding anywhere to put the Powerpuff Girls in but Blossom, Bubbles and Buttercup will have their say, someday, I’m sure.