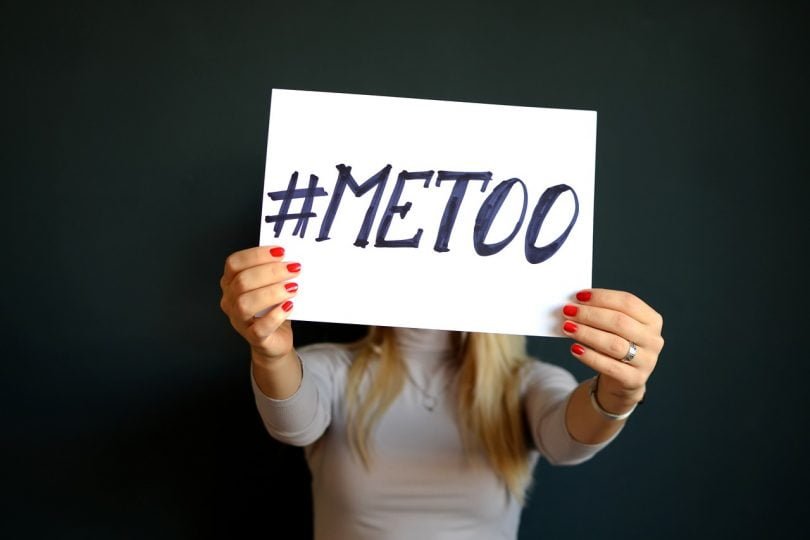 Sexism is an everyday occurrence, maybe in some workplaces more than others, but nevertheless it’s undeniable. As we know from the events of the past five years, the celebrity industry is no exception. From Harvey Weinstein to Dr Luke, we have seen high-profile lawsuits pop up all over the place, and rightly so.

Whether they’re an actress, model or singer, the women who have had to endure gender discrimination and in some instances awful sexual assault have been exploited simply because some men know that they can get away with it. But it stops now. Sexism is very much alive in today’s world, but believe me, the way we’re going, I firmly believe that we can make certain it’s not for much longer.

The aim of this piece is not to focus on the likes of Weinstein, because frankly they don’t deserve the space on the page. But in order to highlight the sexism that the amazing, talented, strong women of the music industry endure day in, day out, a little background to each story is needed.

Leaders of the Pop Industry: an all-male cast

Let’s first cast our minds back to 2014. Five years ago, pop star Kesha filed a civil lawsuit against her producer, Dr Luke for infliction of emotional distress, gender- based hate crimes and employment discrimination. She alleged that he drugged and raped her more than once, and was so derogatory towards her that she actually developed an eating disorder. I think it was a big punch in the stomach to a lot of women, both in the music industry and the outside world, when Dr Luke was acquitted.

The hurt and pain Kesha was going through undoubtedly rang loud in the ears of millions of women worldwide. It felt like the world had failed us a little that day. But it wasn’t just the fact that an (alleged) abuser got to walk free. It was firstly the fact that Kesha had to bring this to trial in the first place. That she had to go through such a gruelling and traumatic experience, and it was 99 percent down to her gender. There is a very bitter taste which lurks around the case to this day: if she were a male singer, would this have happened?

Of course, Kesha is just one of many female artists who have experienced and still experience some form of sexism in the music industry. In 2016, Madonna spoke out about her treatment as a young woman trying to make her way in the industry in New York. In her acceptance speech for Woman of the Year at Billboard’s Women in Music Awards, she gave a long speech in which she spoke out against the misogyny, bullying and abuse she’s faced throughout her career.

Her statement “I stand before you as a doormat. Oh, I mean a female entertainer” acts as a strong reminder that the hurdles and trauma she faced in the eighties are still pertinent today. She went on to say how she saw David Bowie, who was, of course, well known for challenging gender conformity, as her muse. How he made her think that there were no rules. How she later realised that that’s true, but only if you’re a boy.

In the same year, young talent Ariana Grande took a trip to Power 106 radio station in Los Angeles, where she too experienced blatant misogyny. Admittedly, it was a little more light hearted than what Madonna and Kesha exemplified to the world, but nonetheless it was sexist. Two male presenters saw it fit to ask her if she had to choose, which she would keep, her makeup or her phone. She quizzed them – “Is that what you think girls have trouble choosing between?” Sure, they tried to play it off, but what they actually did was show the world that sexism stands tall not just at the heart of the music industry, but in the outer layers too.

A female artist can’t be appreciated for just that, her art. In the years to follow Ariana would gain popularity, of course for her talent and music. But also, how many times did she get asked about Mac Miller or Pete Davidson in an interview? How many articles were there scrutinising her body, what she waswearing,howshedanced?The mass media jump right on board the sexist bandwagon that the music industry clings desperately onto, not knowing what they would be without it.

This piece could fill books if we were to fully investigate every single act of sexism women have faced in the music industry, but what use would that be? It should only take a handful of recent examples to remind us that this is really a problem, and not much is being done about it. It’s definitely time for a call to action. The best, and maybe only way to do this is to accept that, unfortunately, it is a massive task. There’s no other way to make change other than facing the problem head on and accepting the fact that this is a challenge which could take years to overcome.

Female artists worldwide are already taking steps, as of course are allied men. Just last year HAIM made headlines for firing their agent, who failed to achieve for them the same pay as a similar male artist at a festival. In fact, they were being paid ten times less than him. It’s women like this who are making motions and causing an oh-so-needed stir.

The likes of Cardi B, Alicia Keys, Lily Allen, Lady Gaga, Dua Lipa, TaylorSwift,AdeleandLordehave all spoken out against the industry they’re in and the struggles it presents to them as female artists. Evidently,itisn’tjustaffectingone genre. Just like it’s an industry- wide problem, it affects all female artists.

Women speaking out for other women has become so frequent that it’s nearly a tradition at awards ceremonies now. But that’s good, it’s the way to make ripples. Until those ripples become giant waves which change the shape of the celebrity world, us women should not rest. It’s 2019 and women will no longer be doormats.