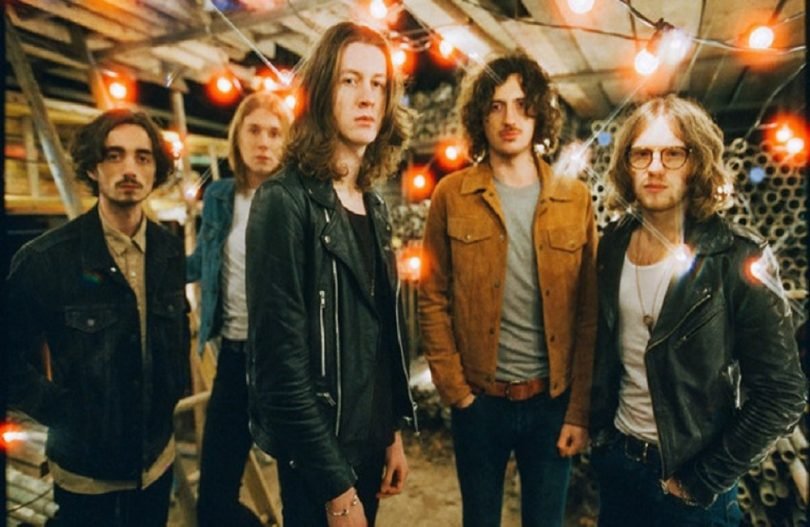 Stockport's finest export, indie-pop band Blossoms, are currently in the middle of an ongoing tour. The tour is encompassing dates across the UK, Europe, US, and Canada, which is pretty impressive for a band who have only recently released their debut album. I went along to catch the band at one of the UK's most infamous live music venues – Nottingham's Rock City.

Since it opened in 1980, Rock City has played host to an astounding array of some of the biggest and best names in the music industry. The list of previous performers reads more like a who's who in music from the last three decades. The venue can boast that the likes of The Ramones, Guns & Roses, REM, The Smiths, Duran Duran, Red Hot Chilli Peppers, Rage Against The Machine, Pearl Jam, Foo Fighters, and even Nirvana have all performed on the stage to crowds gathered on the notorious 'sticky floor'.

Given that the venue is so strongly steeped in the hall of fame of rock royalty, it's pretty safe to say that anyone lucky enough to have a chance to perform there is guaranteed to be greeted by an outstanding atmosphere. Part of the beauty of Rock City is that music lovers of all ages come together for the simple reason of enjoying some great live music. Die-hard fans of the night's performers rub shoulders with people who have been coming to Rock City for years and maybe don't even know the band who are playing, but who still appreciate the music nonetheless. It's therefore no big surprise that the venue was absolutely rammed with music fans waiting for Blossoms on Friday night.

There were two support acts on before Blossoms. Due to various reasons we sadly missed the first band, Mancunian post-punk five-piece Cabbage, though we did catch the latter part of singer-songwriter Declan McKenna's set (the second support act). Based on what I heard whilst busy standing in the drinks queue, trying in vain to catch the bar staff's attention, he played a pretty decent set. It's hard to believe the rising star is only a mere 17 years old! Declan McKenna is definitely a name to watch out for in the future.

Then, after a brief interval, it was time for Blossoms.

The band exploded onto the stage to tumultuous applause from the gathered crowd, who were by this point well warmed up and eager to enjoy a great evening of music. They played a high-energy, involved set, featuring a good mix of tracks, including hits from their newly-released eponymous debut album. The audience were all dancing and singing along, belting out the choruses along with frontman Tom Ogden.

Judging from the crowd's reaction to the opening few notes, one of the highlights of the night had to be the band's rendition of single 'Charlemagne' from the new album. Another highlight was the unexpected genius of morphing into a quick chorus of Babybird's 'You're Gorgeous', which started off another impromptu singalong led by Nottingham's very vocal audience.

Undoubtedly, 2016 has been Blossoms' year. The band has gone from strength to strength ever since being listed on pretty much every 'ones to watch' list out there at the start of the year, and this gig went a long way towards explaining why they're proving to be so popular. With a unique kind of sound that is at once familiar yet brand new, Blossoms' distinctively individual brand of psychedelic indie-pop seems to be on to a winning streak. And, luckily for the crowd waiting at Rock City on Friday night, the music sounds even better live.