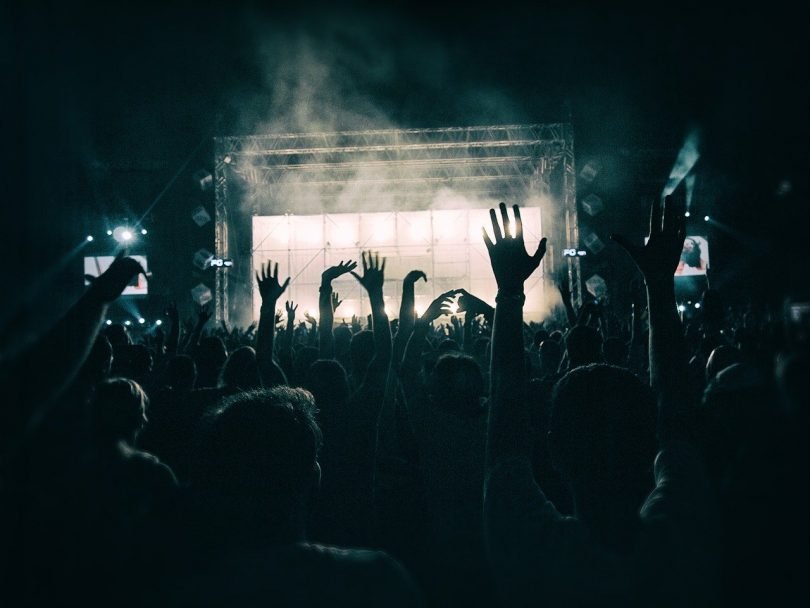 The strains of Helter Skelter were still ringing around my head as I left, drunk on pure adrenaline, the Birmingham Arena having just watched an electric, exciting performance by indie rock icons Catfish and the Bottlemen.

Their walk-on song was the cult Beatles classic, a good start. Van McCann, clad in black shirt and jeans, saluted the crowd by lifting up his guitar, the lights went bright and the crowd went wild. The rest of the band (Bob, Benji and Johnny) clicked into place, a drop of the lights into a darkness speckled by mobile phones (JUST ENJOY THE GIG AND PUT YOUR PHONE AWAY!!!) and the word ‘go’…Catfish had begun with ‘Longshot’.

Crazed cheering and whistling was met with thank yous by the band. A group of lads in front were putting their arms around each other’s shoulders and pogoing up and down to ‘Fallout’ as the swaying swamp of sweat sprayed everywhere. It’s a rock concert with iPhones and two-pint plastic cups. There’s gonna be piss and warm dregs all over the place.

‘Homesick’ got me into a foaming frenzy as the band continued in their fine stride. Van was having it large and giving a Joe Strummer-esque performance, all passion and pneumatic drill energy. When I first saw the band’s videos, he looked a bit like a 2007-era Pigeon Detectives fanboy but now he’s transformed into half-Roger Waters, half-Mick Jagger. The only reason I haven’t made a Liam Gallagher comparison is because the only person in a parka, probably, was myself. It’s all about that swagger.

‘Conversation’ had the audience whipped up into a Monday night mania. It shows the strength of the band and their songs that I didn’t see a single person not singing, or, singing the words wrong. Honestly, watch the Glastonbury footage next year and wait until the camera zooms in on, usually some girl with face-paint on and a flower in her hair on a lad’s shoulders, and they will sing the words COMPLETELY WRONG in front of EVERYONE WATCHING. This was not one of those times, thankfully. It was getting warmer and warmer. The pyrotechnics had been sneaked in and let off so cue a line of security forcing their way through the crowd to apprehend the culprits.

A smoky atmosphere of indie hokey-cokey had reached its heavy crescendo when ‘Pacifier’ came on. I won’t lie, I went mad. I’d been bouncing and singing since the start but once this absolute banger belted out, I was pogoing and jumping with those lads in front of me as we all engaged in a mutual love-in. This was better, man! Twin Atlantic had supported but they were a bit too screechy for my liking. In the land of Brum, drinking rum and throwing myself into a nice, little scrum. Madness. Please, please me.

Van came out on his own to stumble and bumble his way through ‘Hourglass’, the acoustic love song from their first album. It’s a tune. Trust me. Everyone was giving it full-throttle with throats coarse and croaky. Somewhere, across the universe, Martians were involved in a cuddly huddle with each other while singing: ‘all I really ever want is you…’

This is a band that are only going to get better with time. Apart from the Arctic Monkeys, they’re probably the best British band around- I will not be accepting any arguments about the following: Muse, Biffy or the 1975, so please don’t comment about it- and their confidence was oozing as they cranked the vibe up to eleven with ‘Cocoon’. This is one of them essential Lad Anthems, the kind you play when you’re off to the football or summat.

Of all the gigs in the world to bump into an ex-girlfriend, it had to be this one. I’m sorry about all the Beatles references in this but, I saw her standing there (however, you clever people will realise that I’ve also just made a reference to a really old, black-and-white film called Casablanca. Well spotted). I really did. Awkward exchanges done, I moved as far as I possibly could to avoid the embarrassment of that. Fortunately, ‘2all’ was next up and the mood was delightful. It was like dancing in the moonlight and walking on sunshine at the same time. A real sounds-awesome-live song that, well, sounded awesome live. I’d never really been THAT into it from the album but it’s always different when you’re there, doing it, being it, feeling it.

The group ended with ‘7’ and it’s impossibly infectious refrain ‘I don’t think through things, I never get time/and I don’t think things through.’ Memories flooded back of hearing the song for the first time on a trip to Amsterdam. The song is the musical equivalent of a chocolate brownie- it is indulgent and decadent, it is bad for you but makes you happy.

Let it happen. Embrace the cosmic collision that is live music and, most importantly, go and see Catfish and the Bottlemen!