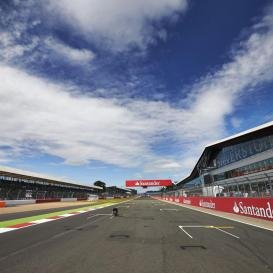 Finally, Formula 1 returns home for the 2015 edition of the British Grand Prix from what many consider to be the home of motorsport, Silvestone.

Lewis Hamilton was the run away leader up until a point this season and looked unstoppable after winning three of the first four races in quite some style. Fast forward up until now, Hamilton has won just one in four, although he had the Monaco win cruelly taken from him, but he hasn’t quite looked the same.

Last time out in Austria, Hamilton had no answer for Rosberg’s pace and even made a rare mistake in qualifying and then another mistake on race day that ended any hopes of a victory. You could say that the British Grand Prix has come at the perfect time for the championship leader which now stands at a slender ten points – the equivalent of a fifth place finish.

Hamilton has tasted victory in front of his adoring British faithful on two occasions, including last season after Rosberg was forced to retire much to the delight of the home crowd. A win this weekend will put him in a much stronger position and will have the capacity crowd come race day well and truly in his favor, expect Sunday to be a sea of silver hopefully in the sun too.

A strong Friday is what Hamilton needs, something he missed out on in Austria, especially second practice, without one he will head into qualifying on the back foot. Although Hamilton did bounce back to a certain degree in Austria by taking pole position, you could argue that there was a sense of luck with Rosberg also making an error on his last effort in Q3.

With no threat seemingly coming from behind, expect a straight fight between the two Mercedes drivers.

After an upgrade in the aero department in Austria, Williams have taken two podiums in the last two races. Last season Valtteri Bottas managed to join Hamilton on the podium and looks in great form. With talks of Kimi Raikkonen perhaps not being at Ferrari for much longer in the future, the hunt for his predecessor seems to be under way. With another strong showing this weekend he wouldn’t be hindering of a top F1 seat in the next year or two.

For the likes of McLaren and Red Bull it looks another difficult weekend with engine penalties galore expected again. Over the past few seasons both teams had enjoyed great success, but it will take a monotonous effort for Jenson Button to make his first trip to a home podium.

The British Grand Prix has been on the calendar since 1950, the only even that can also boast this is the Italian Grand Prix. However it looks in danger. Despite being part of the F1 circus for sixty five years it has not been easy.

The event has been held at three different circuits such as Brands Hatch and Aintree. Silverstone looked set to lose the race when it was announced in 2008 that Donnington Park would host the British Grand Prix from 2010. Thankfully the move did not become a reality and a new deal with Silverstone was struck. In 2011 the circuit under went a revamp which was the introduction of a new fit facility in addition to a new track layout.

With many of the teams and drivers based in the UK, many consider this event their home race and will be eager for a strong result at one of the more prestigious races of the season in front of a 140,000 strong crowd. As great as it is to have the race held at Silverstone, you can’t help but think that the “new” section of the track that was introduced in 2011 is well, a little bit crap in comparison to the old Abbey and Bridge Corners.

Who do you think will be victorious at one of the oldest races on the calendar? Leave your predicitons below. Lets just hope the weather holds out!