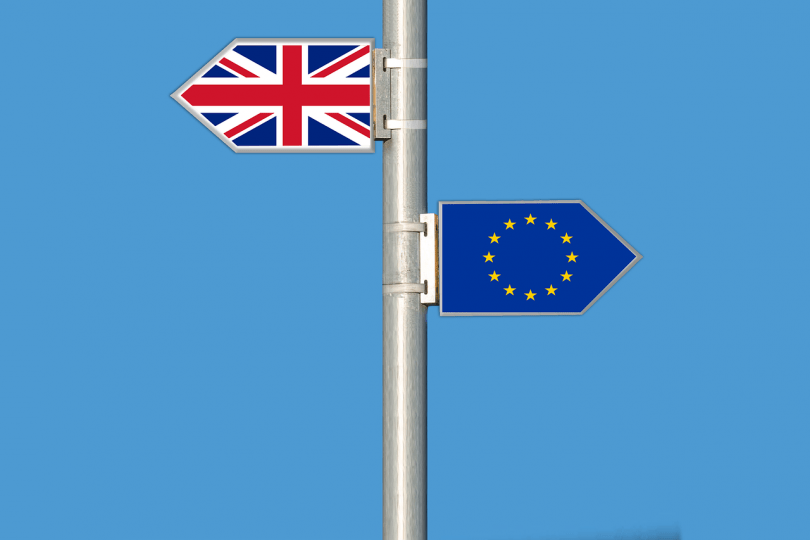 In May it’ll be three years since the UK went to the polls to vote on Brexit, one of the greatest constitutional changes for decades. And where are we today? Well, HBO has made a film about how we got here, Parliament still hasn’t voted on the Brexit deal with just weeks to go until we’re due to leave the EU and we’re all none the wiser. So what’s actually going on with Brexit?

What is the backstop?

Northern Ireland is the only part of the UK to have a land border with the European Union and currently, because the UK is a member of the EU’s customs union, the free market that all EU members are a part of with aligned rules and tariffs, trade across the Northern Ireland and Republic of Ireland’s border is virtually frictionless. But how do you keep movement of goods and people frictionless post-Brexit?

Reinstating border controls, or the ‘hard border,’ is the option nobody wants. David Davis and Boris Johnson suggested that technology could be used to solve the issue, but no technology to resolve this issue exists anywhere in the world yet, and nobody’s quite clear on how this would be deployed. Essentially, we were left with a situation where we needed there to be something to avoid a hard border, but nobody’s sure on what.

Having studied the Swire amendment, I am now clear it would not in practice give the UK government or parliament any additional legally enforceable right to avoid or terminate the backstop and will therefore be regarded as critics of May's deal as meaningless. So it will… https://t.co/jq0foE0isX

The agreement therefore includes something called a ‘backstop,’ which in simpler terms is just a safety net. After 2020, if the EU and UK cannot agree on a better solution by the end of the ‘transition period,’ Northern Ireland will stay aligned to some of the EU’s customs rules, and goods coming into Northern Ireland will be checked to see if they meet the EU’s standards. The Guardian reported that this backstop in the deal essentially keeps the UK in a customs union with the EU, which avoids the idea that we’d be drawing any borders along the Irish Sea, but the backstop must remain in place until the EU is satisfied that there will be no return to a hard border in Ireland, and to ensure that the UK is not at any kind of advantage over the customs union, the UK must remain part of it’s so-called ‘level playing field’ arrangement, accepting the rules on things like state aid.

Brexiteers aren’t happy because, in theory, it’s possible that the EU could just keep the UK in this customs union with them forever. Plus, we’d be accepting EU regulations but we lose all say over them, and this isn’t acceptable to them. The DUP takes issue with the deeper customs arrangements that the EU wants for Northern Ireland post-Brexit, as it wants Northern Ireland to be treated in an identical manner to the rest of the UK. Labour has been concerned about the potential impact on jobs or standards, so all three groups, including some Tory rebels, look set to vote against the deal.

But that vote hasn’t happened yet. It was supposed to happen in December, but was pulled at the eleventh hour when it looked destined to fail.

So what’s next for Brexit?

A few things could happen now.

We could just scrap the idea of Brexit completely, whether that’s just for a few years or permanently. On the 10th December, the European Court of Justice ruled that the UK could revoke Article 50 if it wanted to. But it’s impossible for the government to simply stop Brexit without it raising some serious questions about the democratic legitimacy of such a move.

We could pursue a ‘hard Brexit,’ which would see the UK leave the EU at the end of March with no deal whatsoever. The UK at that point would begin trading with the rest of the world on World Trade Organisation terms – leaving any formal arrangements with the European Union and answering the concerns of many Brexiteers in the process. This could, however, subject British goods to tariffs. We would have no trade deals with any nation when we leave the EU. We also wouldn’t be the front of the queue for such deals with some countries – Australia and New Zealand in May 2018 both said that they would pursue EU trade deals over a deal with the UK.

Theresa May could simply get her deal voted for by Parliament. Her 585 page deal includes details on the rights of EU citizens in the UK after Brexit, and vice versa, the financial settlement the UK is making to the EU upon leaving and the details of the backstop. But more than half of Conservative Party members support the idea of no deal instead of May’s deal, with parties including the DUP already saying that they will not vote for the deal.

If they don’t like the deal, they could just get it changed, right? Wrong. When the deal was first announced, the EU made it clear that this would be the only deal and at multiple points since the deal was announced it has been stressed that there would be no reopening of negotiations. Theresa May has returned to Brussels to seek reassurances around the backstop, but there is no reopening of talks on the deal.

At such a stalemate like this, some, including Caroline Lucas, have suggested going back to the public and putting the deal to a referendum. The idea of a new referendum has been suggested if Theresa May’s Brexit deal is voted down in Parliament and Labour cannot secure a general election, but there isn’t widespread support in the Commons for a vote. There are also concerns about whether or not it would even be possible to hold a referendum on such a topic before the 29th March – experts have suggested it could take around 24 weeks to run a referendum, more time than we have left.

The answer to the question ‘what’s going on?’ is: nobody really knows? Currently the main sticking point on the Brexit deal appears to be the backstop and Theresa May is continuing to seek reassurances on it. The ‘meaningful vote’ is due to take place in the week of the 14th January, and May needs 320 MPs to back her deal. Whether she’ll achieve that number is very unclear.