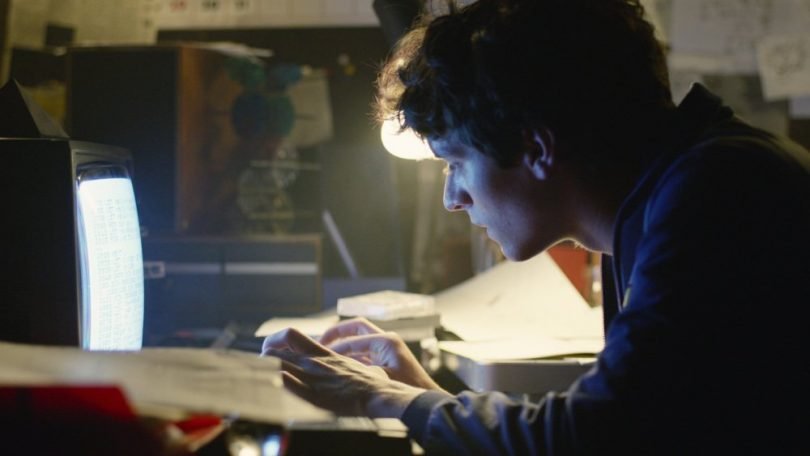 When Black Mirror was picked up by streaming giant Netflix it was handed its very own special little hype generator, ever since it was given the green light to play on channel 4 the series has evolved into something exponentially more weird.

More importantly each episode, which is independent of each other, spends a substantial amount of time making a point. As co-writer, creator and total genius Charlie Brooker mentioned, if we aren’t careful some of the stuff we see may end up becoming a reality. Naturally i’m paraphrasing of course.

The release of a trailer and subsequently launch of the first episode of series 5 ignited a small explosion on twitter. Strangely enough this is an episode where it is virtually impossible to drop any sort of spoiler, which hopefully will excite you enough.

The opening scene takes us back to the 80’s where we meet Stefan, a coder and games developer, clearly Netflix have made a point to throw their full support behind production values, the magnificent visual quality has a strangely comforting feeling. If you are a fan of an authentic retro environments as well this is the place for you, you really do get the sense that attention to detail was a primary objective during the construction process.

The wonderful thing about Brooker’s invention is that you really don’t know what’s coming next, I did force a family member to join me to watch the opening episode, explaining how you need to remain open minded, sadly it proved a little too much as the look of confusion became more and more distinct as the program went on.

The closest explanation I can provide without giving anything away is that the episode is based on the multiverse theory, when a decision is made the outcome is played out in one universe, a parallel universe is generated and played out in a different timeline. The rest is down to you.