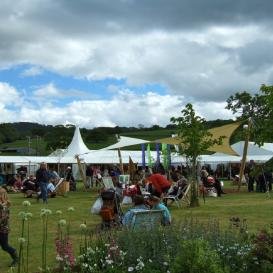 The BBC is to hold an event next Tuesday looking at how to start a career in the media.

The event, which is taking place at the BBC Tent at the Hay Festival in Wales, is being held as part of the BBC’s events at the Festival. A 3 year partnership was signed in 2014 to expand offerings between the broadcaster and the festival.

Tickets to events and performances being held by the broadcaster, which also include a recording of the Radio 3 programme The Essay looking at the art of writing, and a conversation with the cultural historian Dominic Sandbrook on British culture following his programme on BBC Two, Let Us Entertain You, are free of charge.

Additionally, Radio 2, Radio 3, Radio 4 and some BBC local radio stations will be doing remote broadcasts from the Festival.

Hay Festival 2015: BBC Radio 4 drama to be made and broadcast during literary event http://t.co/4br6RKmooJ

Other cultural and literary events are being held at the festival, which starts Thursday and goes through 31 May.

The media event, known as How to Break Into The Media, is to be chaired by the broadcaster’s arts correspondent, Rebecca Jones, with panellists including Susie Worster, the head of talent for production company Shed Media, and Sally Garwood, an apprentice currently on BBC Radio’s Journalism scheme.

What do you think? Are you attending? What Hay Festival event are you looking forward to? Have your say in the comments section below.