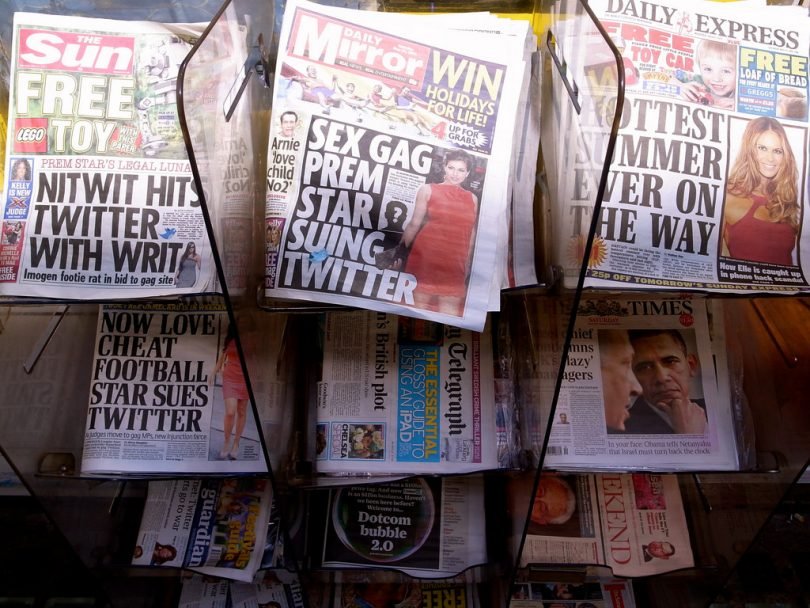 In recent elections, the endorsements of tabloid newspapers have always wielded considerable political influence. Yet, the result of a hung parliament last Thursday could be a sign that that influence is beginning to wane.

Ahead of decision day, most newspapers, some more reluctantly than others, had come out in support of Theresa May and the Conservatives. The anti-Corbyn headlines of both the Sun and the Daily Mail so incensed some Labour supporters that they protested by buying the papers in bulk and then either burning or binning them.

This morning I reignited the British spirit with the newsagents entire stock of Suns and Daily Mails. pic.twitter.com/5SPP1D8BTP

just bought and swiftly binned (recycled!) every last sun, express and mail in my local store and you should do the same if you can afford

Historically, newspapers have always been a powerful influencer when voters go to the polls. A 2015 Panelbase survey found that newspapers had 24 per cent influence in informing readers about the election and forming opinions on political parties, and that the Mail was the most influential paper ahead of the Times and the Guardian.

In 1992, the Sun was so confident about the impact it had on that year’s election result that the following day its headline proudly declared “It’s The Sun Wot Won It”. A YouGov Poll conducted after the 2015 election found that around 47 per cent of readers followed the paper’s endorsement and voted Conservative, compared to 37 per cent of the total electorate.

It also is worth noting that newspapers are not the most politically influential ‘mainstream’ media outlet. TV news, which is legally required to be impartial in political coverage, was the main influencer for 62 per cent of respondents according to the Panelbase survey.

A Panelbase survey for the Sunday Times conducted ahead of the 2017 election mirrored this trend – 67 per cent of those questioned said that they used TV to find out more about politicians, compared to only 32 per cent who used printed newspapers and 35 per cent who used newspaper websites and apps.

New sources of information became increasingly prevalent during the 2017 election campaign – partly due to the popularity of Labour among younger internet-savvy voters. Research by Press Gazette suggested that Facebook acted as a “counterweight” to pro-conservative print outlets, finding that only five out of the 100 most shared stories relating to the election campaign were pro-Tory.

Press Gazette also found that left-wing sites offering an alternative vision on the news,featured prominently in the most shared stories on the social network. One such site, The Canary, was found to have more viral stories in the top 100 than the Mail, Telegraph, and Express. The most shared story of the election overall – “This Facebook comment about Jeremy Corbyn is going viral.” – came from alternative news site The London Economic.

Labour’s own efforts to boost its following on social media have also been praised by digital strategists. While the Conservatives reportedly spent over £1 million on negative Facebook adverts targeting Corbyn, Labour was applauded by many for using Facebook, Twitter and online videos to build and motivate its base of voters – to the extent that 62 per cent of party specific mentions on Twitter in the run up to the election referred to Labour. The party also attempted to broaden its online appeal beyond the young by launching a video campaign targeting the controversial “dementia tax” policy.

The increasing prominence of social media and alternative news sources in the 2017 election suggests that the way voters get their information and form their opinions about politicians is shifting away from the endorsements of newspapers and the content published by mainstream news outlets, especially among younger generations.

As more and more political discussion shifts online, an ever increasing number of groups are able to capture the attention of voters with alternative viewpoints – shown by the growth of left-wing group Momentum as effectively a “third party campaigning group” for Labour.

To effectively reach and communicate with voters in an increasingly open online media landscape, political parties will need to go beyond the bounds of traditional media outlets and the impartiality of television to get their views across and mobilise their own supporters as well as the wider electorate.