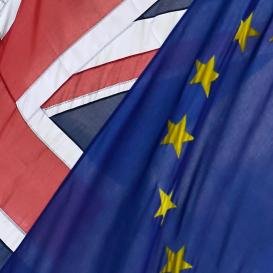 The UK is the smallest economic contributor out of the main members to the EU, however, it still pays in more than it gets back. For example in 2015, it paid in £13 billion and the EU spending on the UK was £4.5 billion.

On the other hand, the EU provides nearly complete free trade across Europe with no barriers or tariffs between member states. So, if the UK were to leave, it could become more expensive to trade within Europe. This is crucial as, at the moment, we export 50% into the EU and higher trading costs could lead to increased prices on our exports making us less competitive globally.

Second, the single market has scrapped other barriers to trade, including endless paperwork & expensive technical rules. (3/5)

Third, the single market lets the EU strike the most ambitious & comprehensive trade deals with the world. (4/5)

There is also the argument that our exports to the BRIC countries (Brazil, Russia, India and China) are increasing too which could counteract any loos of trading within the EU.

Leaving the EU and doing a deal similar to Canada could mean seven or more years of uncertainty – with key businesses badly damaged.

Yet we must also consider that the EU provides us with jobs and investment, however the exact figure or this is unknown so it is difficult to work out whether the UK has net losses or gains economically from the EU.

However, the main concern in leaving the EU, with rergards to the UK economy, would be as Cameron has said, “a leap into the unknown.”

After the recent Brussels attacks, security has become a major issue. Isolated from the EU, Britain would have much more manageable borders over which, it would have the power to control. Meaning the UK could deport any person percieved as a threat more efficiently without having to adhere to EU legislation.

Given the clear Isis threat, idea EU open borders somehow makes us safer is crackers. UK would be far safer outside of EU.

More recently, the EU has been pressuring the UK to accept more refugees whereas outside of the EU, Britain wouldn’t have this external pressure.

However, it can also  be argued that the UK still currently has the right to refuse EU regulation, which shows the EU hasn’t taken over the UK’s sovereignty completely. The UK backed out of an EU plan to disperse the refugees over Europe, showing that the UK still has control over its borders even as a member of the EU.

Leaving the EU will not prevent the ‘European Convention on Human Rights’ and similar conventions, which are not EU agreements, applying to the UK. Meaning, leaving the EU might not embody total British independence as some hope it might.

French Minister Macron claimed that if the UK were to leave the EU then France may remove the British border control based in Calais where currently 5000 migrants reside. This could potentially lead to mass movement of migrants into the UK.

As a member of EU, the UK must accept any migrant from any state within the EU. So, depending on personal viewpoints in regard to the issue of migration, this may push voters towards an ‘out’ decision.

On the other hand, as part of the the EU, residents of the UK are free to move around member states easily for leisure or work. Outside of the EU, we could potentially move to a Visa system, meaning more thorough checks at borders and a system similar to the USA’s ‘Green card’ policy, where British residents would be require immigration and working rights in other states.

The UK would become an isolationist state if it were to leave the EU, cutting of important and long-standing ties to other countries. France has already made it clear through the Calais example that it does not wholly support  ‘Brexit.’  Relations with the USA are also difficult to predict; would the UK and the USA still have such a close relationship? The UK would still remain part of NATO and the UN, however, will its influence be as strong?

Distancing the UK from the rest of Europe could make it a lone wolf from the rest of the pack. If any economic or security issues were to arise, how willing would other states be to help the UK with the removal of its contributions to the EU? Some might argue that the UK regains full sovereignty and will have full independence to make decisions – yet in an age of insecurity and financial imbalance how self-reliant do we actually want to be?

What do you think? Have your say in the comments below.