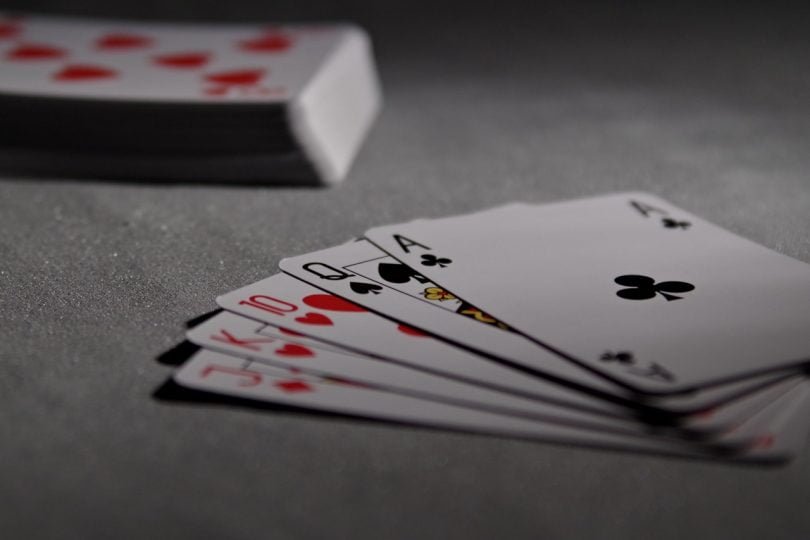 It’s poker night again! Your friends are coming over and you are getting ready to sit around, have a few drinks, and play poker all night. Again. The same game you have been playing for… how long now? No offense to poker, it is an incredible game and something that you can get hours of enjoyment out of over and over again. But, there comes a certain point where you may want to branch out and try something new. Or maybe, you want to have the poker night experience with kids who are a little young to gamble or friends or family members who don’t gamble.

In these cases, you need to know some card games that are just as good but are different than poker. Here we will take a look at 5 card games that involve just as much strategy, skill, and fun as poker but without needing all the extras like money and poker chips. You also can gamble on most of these games but you don’t have to at all to enjoy them. For the most part, all you need is a deck of cards but it is always helpful to have a nice set of poker chips around to use as markers or counters. So grab a 52-card deck, check out the poker chip guide from Giftwits, and get ready to play these 5 great card night games that aren’t poker.

Euchre is a card game that is prevalent in certain regions of Canada, New Zealand, Germany, Great Britain, and the United States. In the U.S., the game is popular throughout the Midwest and in Upstate New York. The game is usually a 4-player game but there are versions you can play with anywhere from 2 to 9 players. To create a Euchre deck, you take a standard deck of cards and remove everything but the A, K, Q, J, 10, and 9, creating a 24-card deck. Also, pull out 2 suited sets of 2s and 3s to be used for scoring.

To start, each player is dealt 5 cards and players alternate calling what they would like “trump” to be. In the trump suit, J of that suit is the highest card followed by J of the opposite, same-colored suit, then A, Q, K, 10, and 9. Once trump is established, players alternate throwing 1 card per round and the highest card takes the round. The goal is for you and your teammate (who is sitting across from you) to take as many rounds in a given hand as possible.

One of the world’s most popular card games, Bridge may conjure images of your grandparents sitting around a card table drinking tea. However, Bridge’s global popularity comes from the fact that it is competitive, strategic and takes intelligence to play. This is why Bridge is a favorite game of power brokers and the rich and famous. The game is generally played by 2 teams of 2 people and it uses a standard 52-card deck.

Bridge is a trick-taking card game where the general premise is similar to Euchre. The big differences are that in Bridge, you use all 52 cards in the deck and deal out 13 per player. This means that there are 13 tricks in each hand. The card values are ranked from A high down to 2. You must follow suit with the card thrown initially each trick or you are not able to win the hand. Instead of just looking for the most tricks per hand, teams must participate in an auction where they estimate how many tricks they think they can take.

This is a very simple and fun card game where each player lays one of their 3 cards down in the middle of the table each turn. The idea is that you do not want to be the player who makes the total in the middle go over 99. While the idea is easy, the game can get very crazy and competitive towards the end of each round and there are ways to use strategy and to screw other players to win. The core of this game is simple addition so it is great for kids.

To play, each player puts one of their 3 cards down in the middle and draws a new 3rd card from the remaining cards in the deck. Most cards are simply worth their face value (with face cards being 10). Certain cards have different actions associated though which adds to the strategy at the end. A’s can be 1 or 11, K’s reverse the game, 10’s can add or subtract from the total, and 9’s freeze the number.

There is a great story about this game that was first told in public by former White House press secretary Joe Lockhart and then related in the New York Times. The story goes that during his 1996 reelection campaign, President Bill Clinton was staying at the home of famous Director Steven Spielberg’s house and wanted to play cards. Spielberg knew Clinton was an avid Hearts player but decided to teach him a new game called “Oh S**t!”. Clinton loved the game but not the name so he started calling it “Oh Hell!” which is the name it commonly goes by today.

The game itself shares many similarities to Bridge and Euchre but is played individually instead of in teams. Trump in this game is determined by flipping the top unassigned card over. From there, you bid on how many tricks you can take and you need to get that number of tricks to win.

If you aren’t interested in card games that do not involve gambling but are tired of poker, Acey Ducey may be the card game for you. It is fast-paced and easy to play. First, a player deals 2 cards, face up. Then, every player puts an ante in the middle. After that, players take turns betting whether the next card will fall between the two numbers. You can bet the ante up to the total pot. If the card falls in between, the player wins their bet and removes it from the pot. If it is outside, the player contributes that amount to the pot. This 3-card dealing system continues until the pot is gone. 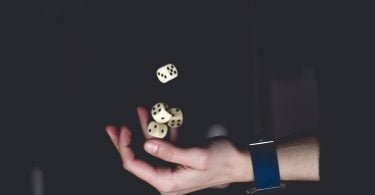