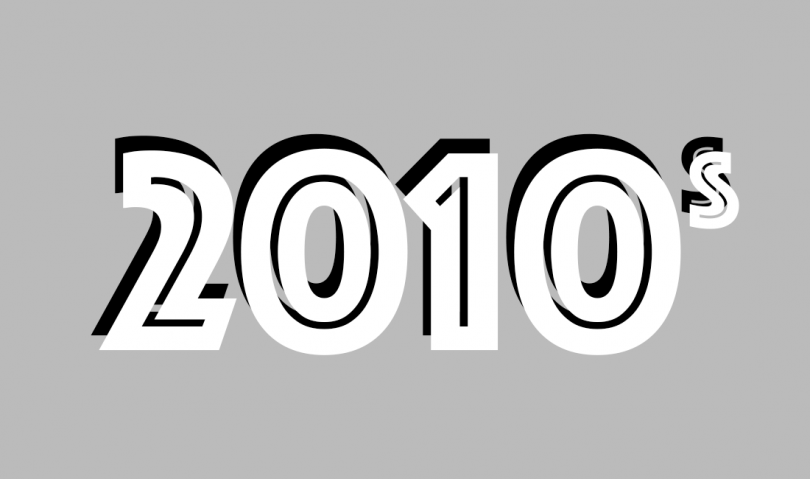 I’m sure we’ve all imagined ourselves sinking into the quagmire of boredom. After such a great previous year, this one was a damp squib in comparison. Don’t get me wrong, it still had its highs but it was punctuated with lows, bores and tedious dullness.

There was the little matter of graduation from Manchester Metropolitan University. That was an achievement. It was quite cool seeing all the Class of 2017 who I’d got smashed with and had to listen to their endless short stories, poetry and, occasionally, awful acting over the past three years develop into people that I considered to be lifelong friends (you had to listen to my moaning and all that as well, so I hope you feel the same). We shared the same skies. We all had a common link. We were all Creative Writing graduates.

The ceremony was held at the Bridgewater Hall and, for once in Manchester’s long and drizzly history, it didn’t rain- until the evening when it absolutely rinsed the streets with summer downpour.

That night, I was in Deansgate trying to do the Holy Grail of graduate, get drunk, find a girl…the Triple Dipple. In the end, I watched a documentary on the Moors Murderers’ when I got back to my Travelodge. You grow up. You live, you learn.

What about my brain-dead football team I hear you ask? We went through three managers in one season and, having finally got my wish of a game against Crewe, saw the Mariners get exit polled 5-0 by the red shirts from the railway. Result- for them. Rage for us.

I was sitting in the dribbling late winter chill with my flatmate seeing my team destroyed by a destructive display of diabolical defending. I was happy in the haze of a drunken hour…and heaven knows, I’m miserable now.

So that was the end of an era. I was out in the world. The world at large. What to do now? I was the proud holder of an undergraduate degree in a subject that was never going to have me at the front of the queue for jobs- not yet anyway (any publishers/editors reading this, take note: I charge quite a cheap rate and I am very easy to work with…) so I decided staying in education was going to be the greatest option ahead of me.

Lincoln Calling. I was about to do a Masters in Sports Journalism.

I suppose it wasn’t all bad. I got to go to Anfield for the first time (a lifelong ambition), got my first job in my grim and gruesome hometown of Grimsby and was well on the way to being the most qualified member of my family- something we seem to make a competition out of.

What would the next year have in store? The craziest part was, we somehow ended up with Theresa May as Prime Minister, endless dreary songs by Drake and several shocking terrorist attacks.

If pride is one of the Seven Deadly Sins then I’m so sinful. This was the culmination of all the set-backs, the obstacles, the jobsworth jokers in the jobcentre telling me I’d be nothing. This was a victory. A last-minute winning goal in the derby match. A late push for a gold medal in the face of such unlikely odds.

Things could only get better.

Soundtrack:
All This Way by the Magic Gang
I Just Wanna Celebrate by Rare Earth

The best thing about 2018 was the fact that I, your irritating and unnecessarily aggressive narrator, managed to get himself on TV.

Aye, my mug on the telly box. I was spending a week being a proper sports presenter on my local news channel and it was one of the best experiences of my life. I’ve always found that my friends are very competitive. In a really good way. We always try to outdo each other in getting these activities and experiences crossed off the list, if you like. Without them, I’d be stuck in first gear, so soppy shout-out done and dusted, let’s move forward.

The sight of yourself on a monitor in front of you, with someone else’s voice coming through earphones and all the time you have to read off an autocue is a kind of multi-tasking I had never done before. I can’t even open a packet of custard creams properly, how was I supposed to read the words ‘Scunthorpe United lose’ without breaking out into callous laughter?

But, there it was. In a tidy blue shirt, a young lad who would never amount to anything was on television. The channel doesn’t matter, fair enough, it wasn’t Sky Sports, but we all start somewhere. A young lad who had fought and battled to get where he was, against the odds purposely put in his way. Success doesn’t always have to be measured in financial terms or what you own. It is slipping out of the shackles forced upon you.

I actually much preferred this to hearing my monotone, coarsely Northern voice on the radio. That’s a whole different thing, that. You think you’ll be all professional and clear and concise but really you sound like you’ve got a heavy cold, don’t know what you’re supposed to be saying and everyone wishes you would just shut up.

Anyway, let’s have a bit of culture. This was the year that Anthony Joshua became the boxing champion of the world. We saw a sly and suspicious poisoning done in the very un-sly and unsuspicious backdrop of Salisbury. There was that gloriously hot summer- you know the one- when Southgate wore his waistcoat and football nearly coming home. It was too hot. It was far too hot. It was ruining everything (thanks, Peep Show) and we wondered just what the last year of the decade could possibly bring…Boris Johnson? Grimsby Town relegation?

As we faced the sun, we cast no shadow.

Soundtrack:
I’m Not Gonna Teach Your Girlfriend by Black Kids
Roadrunner by Jonathan Richman and the Modern Lovers

The year was dominated by one word- Brexit. I’m sure, like me, you are sick of hearing the word. So, very much like Fight Club, we won’t be mentioning it anymore.

It would end up becoming a defining moment of our generation, whether we like it or not. It would end spelling the end of democracy as we know it- no matter which side you were on.

But, anyway, my team were still poor and I was still stuck in student land, hating every minute of my Masters course. I eventually finished it, despite being told my dissertation wasn’t, in fact, a dissertation which made the three months it took me to write it feel like a complete waste of time. What could I have done in that time? Cured world hunger. Found out the meaning of life. Decided once and for all whether Pepsi was better than Coke…any of those things rather than pour hours of work down the drain.

I did not enjoy my time at Lincoln. Don’t let that out you off, it may have been a personal thing. I won’t go into publicly criticising them. Just know it was sold to me as a wonderful place with help and fairness for all it’s students and it turned out to be a bit different.

So, having a huge thirst for knowledge, I’m honestly addicted to learning, I decided to do a course teaching English for foreign students. Which I passed. Another string to the bow. Another biscuit in the tin. Another brick in the wall. I was smashing down the achievements and doing it all with my unique brand of enthusiasm and cheerfulness…and I’m not fooling anyone with that.

The end of Game of Thrones was fairly wet. Wasn’t it? I suppose that was the only logical answer to the conclusion of the show but…but…Bran? No spoilers but, if you still haven’t’ caught up then you may get a tinge of disappointment. Or you might love it. The finale episode is a bit Marmite, I guess.

This was a year of great film- Bohemian Rhapsody and Rocketman- that showcased the excellent music that Britain has produced throughout the years.

Americans can stand there arguing that they have the Eagles or Simon and Garfunkel or Eminem but, and it’s a big butt and I cannot lie, they never got the Beatles or Queen or the Clash…even Tame Impala are Aussies!

My flirtation with folk music hit a new high as I devoured the stories and tales like a madman, desperate to get involved in the chilled-out, blissful universe of indie folk music. If you haven’t shut your eyes and let Laura Marling’s voice trickle over you in the warmth of relaxation then you’re missing a treat. Seriously, bang on a Spotify playlist of feel-good indie and you will be moving your feet and grooving to the beat before you can say ‘L.I.F.E.G.O.E.S.O.N.’

If you’re interested and have never read my sprawling, rambling posts on indie music then do visit here: https://kettlemag.co.uk/whatever-i-say-to-listen-to-thats-what-i-like/ for further information.

A decade of delights, dolours, fun and famine. It was all wrapped up by a Tory election victory. It ended how it had begun, with great uncertainty and unhappiness for many. My views on it are well-documented so I won’t go into them again, here. If you would like to bend my ear about it then go on my Twitter.

It was the best years and worst years of my adolescence. I feel privileged to have walked through the storm with some of you and been at the end of the world with others. There have been times of broken, bloodied and bruised emotions. These are mixed in, with a giant whisk, with the delirious, hilarious and serious memories of a time well spent. There has to be some regrets. There needs to be some sad times that can’t be shaken off. I just hope for the future that nobody ever brings back ‘like for a rate’ Facebook statuses or any of the young kids now have to go through a Bebo phase. We all did it.

To the next decade of juicy banter, hope, fear and ambition: we’re all in it together. That’s a message we can all aspire to follow.