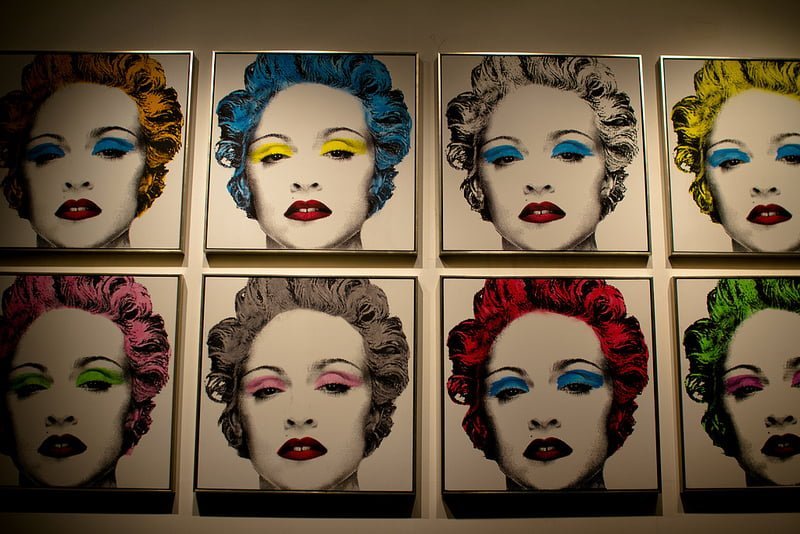 March is Women’s History Month, so here at Kettle, we are marking the occasion by celebrating amazing achievements by incredible women.

The following six women have been chosen as being some of the most influential in music history. In an industry so heavily dominated by men, these fierce females have stood their ground and made their mark, inspiring millions of young girls in the process. This list is by no means exhaustive, and my interpretation of most influential is not necessarily synonymous with most successful.

So much more than the little sister of you-know-who, Solange is certainly a credible artist in her own right.

Her 2016 album Seat at the Table united themes of empowerment, rage and despair to create a record that challenges stereotypes and oppressive actions.

Solange’s ability to take on so many different genres – from funk to R&B; psychedelic soul to chilled pop – is part of what makes her such a unique artist, and earns her a place among music’s most influential females.

Dusty had humble beginnings as plain old Mary O’Brien, convent-educated and from a staunch Irish Catholic family. The nuns who taught her wanted her to become a librarian, so timid and mousy was her character.

In 1964, she made an astounding political statement as she refused to perform in front of segregated audiences in South Africa – resulting in criticism from other artists and even deportation from the country.

Dusty Springfield, whose life was tainted with feelings of inadequacy and mental illness, turned pain and personal torture into art – creating hit records such as ‘Son of a Preacher Man’, ‘I Don’t Want To Hear It Anymore’ and ‘You Don’t Have To Say You Love Me’.

Another singer who has so astutely channelled anguish into hit records is Fleetwood Mac member and solo artist, Stevie Nicks.

Stevie is often hailed as the Queen of Rock N’ Roll – and with such an extensive back catalogue, it is easy to see why. Having found fame with Fleetwood Mac in the mid-1970s – featuring on hits such as ‘Go Your Own Way’, ‘Everywhere’ and ‘The Chain’ –  she went on to become a multi-platinum solo singer-songwriter.

Like all great artists, Stevie has poured her heart into her songs and often uses music to reflect on both the good and the bad times in her life. Not many artists come close to Stevie’s level of success and influence, so her place on the throne remains guaranteed.

The Trinidadian-born, Queens-raised rapper is in her league of her own in the music industry. She is one fierce female, and unapologetically so. Her debut album Pink Friday – released in 2010 – was trademark Nicki Minaj; bubblegum pop laced with sharp lyrics and an awful lot of pink. Her latest album, The Pinkprint has seen Nicki adopt a more mature and sophisticated style as she reflects on singles such as ‘All Things Go’ and ‘The Crying Game’.

Nicki Minaj considers herself a feminist and continues to stand tall in an industry of sexism and double standards. With empowering anthems including ‘Fly’, ‘The Night is Still Young’ and ‘Feeling Myself’, Nicki is one influential female artist indeed.

Janelle is an amazing singer, incredible song-writer and damn envy-inducing style icon. Her talents seem to have no end; she even starred in Moonlight, the film at the centre of that awards debacle.

Janelle’s performances are always high energy and so intriguing, thanks to the alter-ego she creates when onstage.

She also does not shy away from standing up for her beliefs; she performed at the Women’s March on Washington in January and began her speech with some truly inspiring words. There’s no doubt about it, Janelle Monae is an icon.

Madonna’s career has lasted thirty-five years and shows no sign of slowing down anytime soon.

Since her debut single ‘Everybody’ was released in 1982, Madonna has sold over 300 million records. The list of artists influenced by her autonomy and ability to reinvent her image is endless, including the Spice Girls, Marina and the Diamonds, and FKA Twigs.

Madonna is also a successful businesswoman and prominent philanthropist. Her decision to adopt children from underdeveloped countries has been heavily followed in the media, while she has also founded the non-profit organisation Raising Malawi which deals with the extreme poverty in the African country.

Remaining firmly on her undisputed throne, Madonna has released countless hits – including ‘Vogue’, ‘Like a Prayer’ and ‘Ray of Light’ – which more than earn her a place among music’s most influential females.

What do you think of our list? Let us know in the comments below!