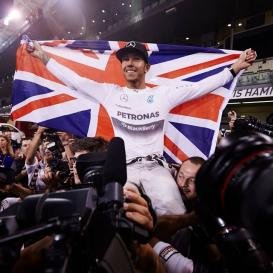 What can we expect from Formula 1 going into 2016? Will it be much of the same with yet more Mercedes dominance? Here is a peek at the signed drivers for the coming season.

The team that have won the last two world championships are unsurprisingly keeping the same set up, though there have been concerns about the team-mate rivalry.

The three-time world champion will be looking to make his mark on 2016 with a third consecutive world title.

After two years of defeat, could this be the year that Rosberg finally beats Hamilton to become world champion?

After a mixed year of success for one driver and disappointment for another, the Italian team retain both of 2015’s drivers.

The four-time world champion has said that he believes he can take a fifth title, and he seems hungrier than ever heading into 2016.

This could be the Finn’s final year in the sport so he’ll need to push harder to prove his worth. But will he have a better season?

The young Finn is a great talent, and if Williams provide a great car he could really shine and even make a few podiums.

Having finished on the podium twice last season, Massa will want to achieve more and aim to finish ahead of his team-mate in the standings.

It’s been a difficult season for the team, but retaining their two drivers shows promise for next year as they aim to move up the standings.

The Aussie always has a smile on his face, so surely not much could get him down in 2016?

The newest Red Bull on the block has had an exciting year with a podium in Hungary – is there more to come for the Russian?

After a win at Le Mans last season alongside F1, could it be the time for the German to play with the big boys?

A podium finish in Russia and a wonderful home Grand Prix will surely pep the Mexican up for a great 2016.

For the team which suffered financial issues throughout 2015, driver-wise they have retained one and been forced to replace another.

Despite the nickname ‘Crashtor’, Maldonado has matured over the last season and will hope that 2016 brings points and not penalties.

Jolyon is the new boy on the block, taking over from Romain Grosjean who has moved to Haas. Another Brit will excite UK fans.

It’s been a great year for the Red Bull sister team and with their 2015 pairing still signed there must surely be more good to come.

The rookie has had a great year, being described as a world champion in the making. 2016 could be big for the Dutchman.

Sainz has proved his worth throughout 2015 and was eager to get back to the race after a practice accident at the Russian Grand Prix.

Sauber had a much slower season in 2015, but they’re hoping that Ericsson and Nasr can step up the pace next year.

For the lower teams points mean a lot, and Ericsson will look to gain on his record of nine from last season.

In his first year with the team Nasr thrashed his team-mate with 27 points – will he do even better in 2016?

It’s been an abysmal season for the British team, incurring the largest amount of engine failures ever in a season. Can 2016 be better?

With all sorts of gossip stating that Button would be next to host Top Gear, it came as a surprise that the Brit decided not to retire.

The 2015 highlight for Alonso was tanning himself at the Brazilian Grand Prix, so it’s a surprise that he decided to stay with the team.

2016 marks the Haas team’s first season in F1, but with big results in NASCAR and access to Ferrari systems, could they reign supreme?

It’s been a good year for Grosjean with a much deserved podium in Spa – can this new team see him surge up the standings?

Gutierrez has experience in F1 driving for Sauber and as Ferrari’s third driver, so he can bring a lot of information to the new team.

The Manor team are yet to confirm their new driver line-up but it looks unlikely that they’ll retain any of their 2015 drivers.

What do you think of the line-up? Have your say in the comments below.