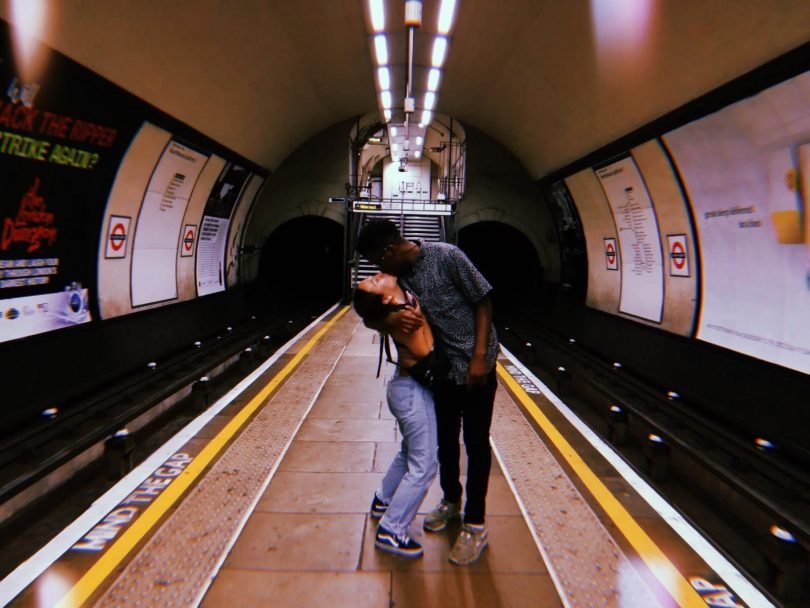 With 37.1 million people tuning in to watch Love Island and millions more tweeting about the antics of the cast members, the topic of dating and how disposable it has become is on the forefront of Britain’s mind. Well, maybe more so now that Wimbledon and the World Cup have ended. And with hysteria only slightly waning in the two months since Meghan Markle and Prince Harry’s royal nuptials, the subject of dating and specifically Anglo-American relationships is more relevant now than ever before.

Recently, the number of American tourists making their way across the pond to England – London, in particular – has increased drastically. In 2016-2017, visitors from North America increased by 19% from the previous year. This statistic includes visitors of all ages, however, a 2014 London & Partners’ report claimed that American college students alone had an enormous impact on the UK economy, spending £33,600 in the UK a year on average, topped only by our Asian counterparts. I myself first visited London as a study abroad student and can attest to the truth of that statistic first hand – cringe!

Of course, with the number of young Americans in England steadily rising, the number of British people dating Americans has risen accordingly. After all, it seems like American women and British men go hand in hand. As someone I recently interviewed put it, “I don’t know if I could move back to America and date there again. British men are such gentlemen and polite and want to be in a relationship…it seems to match well with outgoing, louder American women!”

Although I’m a born and bred Californian, I’ve only ever dated British boys in London, so I too have a bit of experience in the matter.  Mainly, two boyfriends, a dozen questionable Tinder dates, and plenty more interesting encounters in London’s various clubs, pubs and bars. With an interest in comparing how dating in America differs from dating in Britain, I also interviewed 23 other people about their experiences in Anglo-American relationships to get a better read on the situation. Their candid responses may shock some!

For instance, while it may be obvious that we American ladies love a British accent, some British men may be surprised to know that American women often find them too timid! Final advice from a US expat engaged to a Brit? “For Brits looking to date Americans, don’t play games and don’t be afraid to be blunt – we certainly are!”

At the end of the day, you’re bound to date people from all around the world in a city as multicultural as London, but here’s a few cultural differences you might want to be cognizant of if you’re an American dating a Brit in London, and vice versa:

In London and the rest of the UK, going on a date almost 100% means you’re going for drinks. In America, there’s more of a mix of activities available for first dates, such as bowling or going to the movies (oops, I mean the cinema). Here on Queen E’s side of the pond, all first dates inevitably involve necking 4 or 5 pints. Also, no one here has any qualms about drinking on a weeknight – something else us Americans are much more sensible about! So watch out when taking Americans out for dates – we might not be as able to handle our alcohol, and some might even be miffed it’s not a dinner date!

“First dates with Brits ALWAYS include alcohol. A coffee date is never an option. Alcohol is necessary to loosen them up”
– Erin (CT, USA)

2 – American women liked to be approached, and they love a bit of confidence!

We tend to be a little more assertive and straightforward over in America, so it takes a bit of getting used to the fact that most British men are painfully polite and, no matter how many ‘come hither and ask for my damn number’ looks you shoot them, they simply will not approach you. Though your presumed shyness and hesitancy can be frustrating, I will say it’s preferable to some American guys who invade your personal space before they’ve even asked your name. And it does put the onus on us ladies to take the initiative ourselves! Yes #Feminism!

“In my experience, British men are eve less likely to ask you out than American ones, so take the initiative to invite them out. They’ll be extremely relieved and impressed, believe me!”
– Shannon (CA, USA)

3 – Americans are extra as hell, and can be a bit over-enthusiastic about…well,   everything?

The American women I interviewed considered Brits reserved and cynical, while the British men I talked to tended to describe us as energetic go-getters *flips hair*. Who can blame us? We come from a land where ‘the bigger the better’ and fundamental optimism are ingrained into every fibre of our being, which is why we gesture wildly, chatter incessantly, and smile way too much for the comfort of any Londoner. Also, since America’s got 309 million people to Britain’s 63 mil, things like getting in college are a lot more competitive in the US – another attitude we take with us into adult life. So,don’t get too annoyed if we talk your ear off about our 7 volunteer trips, 53 internships, and 109 hobbies on the first date.

“Americans do the most. They get grad jobs, they grind three jobs at the same time, they take 10 degrees and fly to the moon before the age of 24. English people take 5 years out in Cambodia just to figure out that they want to pursue a career in woodwork.”
– Charlie (London, UK)

1 – Remember to use your inside voice…

When chatting up a British guy, chances are your normal voice is about 10 octaves louder than he’s used to, so you might scare him a little. In all honesty, he might need a little scaring, but just be aware that if a British guy is eyeing you with slight apprehension, it’s probably because he feels like you’re shouting unnecessarily. Proceed with caution!

“Brits are too polite on dates and not chatty enough. Maybe I am scary?” – Claire (CA, USA)

And you bloody love it. Obviously, the accent is the main reason we American ladies fawn over British blokes, but don’t let yourself get swept away by it automatically! Just because a lad calls you ‘darling’ doesn’t mean he’s not talking absolute garbage. Also, sometimes it can be hard to decipher what they’re actually saying in the first place. Case in point? Brits constantly ask if ‘you’re alright’, but that’s just a general nicety, not a request to tell them if you’ve got bad period cramps.

“Americans generally have a strange obsession with British accents. It is easier as a Brit to date American women than British women, because they love the accent.”
– Desmond (Doncaster, UK)

And by that I don’t mean they’re always jogging. Although to be fair, Londoners do power walk like no other, but I digress. What I meant was the Brits are down to get down (and dirty) on the first date, whereas generally Americans are a bit more reserved about the whole shebang. After all, Britain is technically European! Well, at least for another year or so…

“I learned that if a man asks you if you would ‘like to come ‘round for a cuppa tea” THEY WANT TO HAVE SEX. It’s the British equivalent to ‘Do you want to come up and see the place?’ and I was not prepared, I just wanted some tea.”
– Emily (CT, USA)

However, when it’s all said and done, just remember two things…

*Names have been changed. Please note that this article was written by Rhiannon Yee as part of a research project done at Richmond the American International University in London.