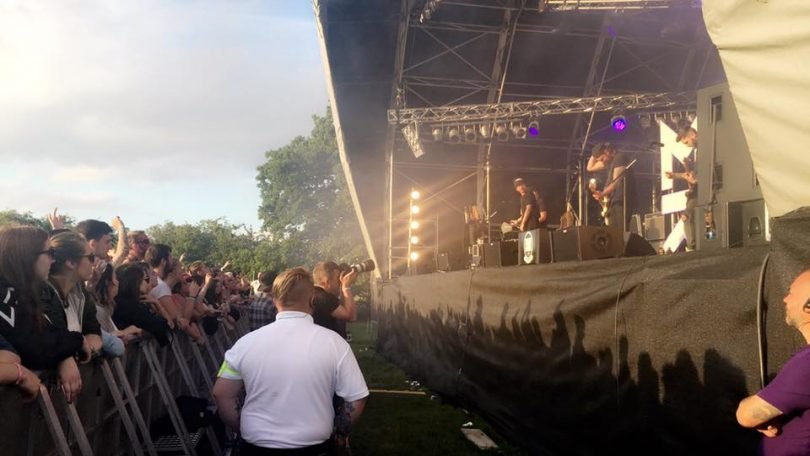 Summer has been and gone, and the long nights and cold weather are here. As ever, music festivals dominated the summer with every genre of music being covered by artists new and old. With so many highs and lows and the occasional controversy, it's time to take a look back at our top 5 moments of the 2016 festival season.

As soon as she was announced as one of this year's headline acts at Glastonbury, the public was split. From the 'too boring' comments to those declaring their love and emotional unpreparedness, everyone seemed to be in one camp or the other. Surprise surprise, the London lady made nearly everyone fall in love with her. The set was full of those emotional ballads as well as the up-tempo chart hits that you can't help but sing along to at the top of your lungs. Her bubbly and loveable personality shone through and it was very clear that this headline moment meant the absolute world to Adele. Don't pretend that you didn't at least feel something when she performed 'Someone Like You.'

Bieber has made a comeback that no one saw coming – one where he's loved by many and producing hits that people just can't resist. His set at V Festival this year was surprisingly not without some controversy. With rumours of a hangover circling, it wasn't sounding hopeful from the start. During, and after, his high-energy set jam-packed with all the hits and non-stop dance routines, many audience members were tweeting their frustrations at his apparent miming, which seemed to be a compromise for his visually spectacular set. A chart star that will forever be surrounded by controversy. Here's hoping his tour features less of the miming!

Away from the pop world in a field in Gloucestershire, rockers Refused were performing to one of the biggest crowds the festival had ever seen. In its 10th year, the underground festival managed to pull out all the stops and produce one of the best line-ups it had ever had. However, it was Refused that had the crowds talking the most and waiting across the weekend in anticipation. Again with the controversy theme, the band split the crowd with their comments of needing more women at festivals, mainly with the accusation that 2000 Trees had only 8 female acts on the bill – it was much higher than this in reality. A moment, however, that is sure to go down in Trees history.

The co-headline duo of Foals and Disclosure, if anything, showed just how much the festival has changed musically and the diversity that now exists within its ever-growing line-up. Foals are a band that had been rumoured since 2015 with their surprise set at the festival, and for them it couldn't have come at a better time. The band are at the top of their game and lead singer Yannis is exactly the front man a headline band should have. Disclosure are at the dance end of the spectrum and it's fair to say their set went down incredibly well. They are a duo that have produced some dance smash hits and the quality of their production cannot be denied. Who knows what 2017 will hold for Reading and Leeds.

There is little that needs to be said about Coldplay's Viola Beach moment. Instead, we'll just leave you with the video.

With so many other memorable moments, from the horrendous weather of Download Festival to that Maccabees headline set at Latitude, it certainly was a summer to remember. We are more than ready for what 2017 has in store.

What was your favourite moment of the 2016 festival season?