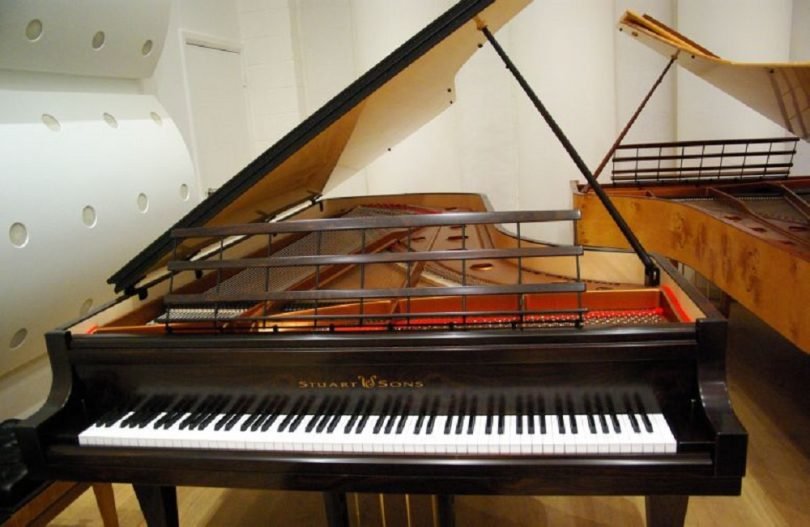 Who doesn’t love music? There’s hardly anyone in the world who doesn’t find music entertaining and soothing enough. Moreover, along with it, there come the musical instruments without which composing any music is simply next to impossible. Among all such instruments, the piano is one of the most classic ones. It has a grandeur of its own. Isn’t it?

Additionally, if you are a musician you don’t actually have to spend a huge amount to buy a piano. Yes you heard it right! There are plenty of discount stores and second-hand shops where you can buy a really decent piano without spending a load of cash.

However, wouldn’t it be interesting to know about the origin of such an amazing musical instrument?

So, here I am with this information for you.

The piano, as we know it today,  was born long ago in 1709 in Padua, Italy. Interestingly, it was not any magnificent musical ambiance where piano came into existence. Rather, for the first time, the piano was created in a small shop which was owned by harpsichord maker, Bartolomeo di Francesco Cristofori.

It was a bunch of other strings and keyboard instruments which gave rise to this unique musical instrument – the piano.

It was already known that vibrating strings, when put together can, create sound or harmony. So, this knowledge has been utilised to create the piano. Actually, a collection of stringed instruments along with a keyboard came into existence far earlier, in the 14th century.

The most ancient instrument in which this set-up was incorporated was dulcimer, then came clavichord. Next, it has been followed by spinet, virginal, clavecin, gravicembalo, and at last, the harpsichord arrived in the late 15th century.

But, the harpsichord was not able to meet the expectation of the artists as it was lacking the capability of producing that keen softness and loudness while playing. Thus, due to an extreme level of urgency for perfect musical expression, the invention of piano happened.

Having been showcased in Florence in the year 1709, this new instrument from Cristofori was given the name of gravicembalo col piano e forte. Then, the name shortened to fortepiano or pianoforte and at last the ultimate name came, i.e., piano!

Cristofori’s piano was not actually known very well until 1711 till famous writer, Scipione Maffei mentioned it. After he wrote about this astounding musical instrument and included a diagram of its mechanism in his article, many people came to know about it. Eventually, many musical instrument makers started making pianos based on the knowledge that they attained from that article.

One of finest examples was by Gottfried Silbermann. He was originally known as an organ builder. He was able to create pianos which were exactly the same as Cristofori’s ones. However, one addition he made was that he introduced the forerunner of the damper of the pedal which is present in the modern day piano.

Although it is true that after this particular development, there has been a number of improvements to this versatile musical instrument over the past 300 years – we can still find many similarities between today’s piano and the one from Cristofori.

Now, with the further advancements of this modern era, you can find an entirely different and technologically upgraded type of piano on the market which is known as reproducing piano. This instrument is actually very much upgraded when compared to those old ones, which were nothing but the paper-roll player pianos.

If you have an intense love for pianos then you should definitely give a try to this type. Trust me, this version of pianos is simply amazing.

So, this is how pianos evolved! I hope you really loved reading about the journey of your favorite musical instrument.

Ashton Blagden is working as a Community Manager at Dealslands.co.uk When He has leisure time, He utilizes that time in writing.