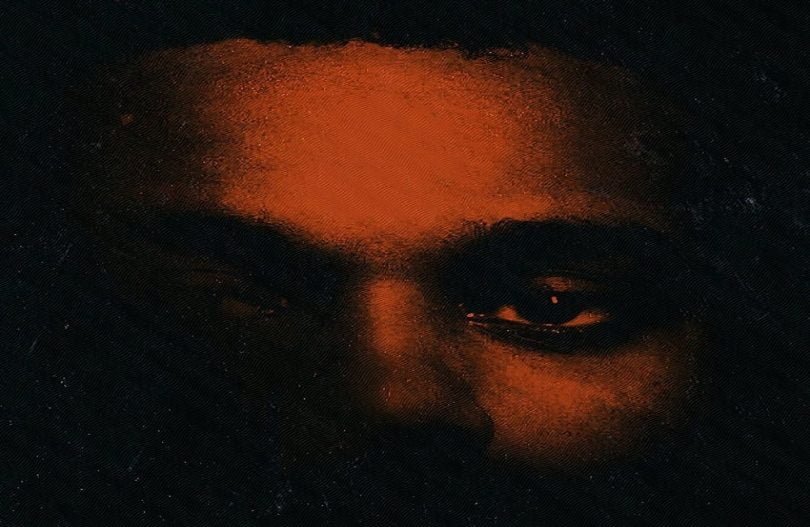 The Weeknd’s new album is a concise six songs, and a mix between his early tracks of hard-hitting beats and honest lyrics, and his new pop, award-winning music. Although my English Literature A-level shouts at me that it is grammatically incorrect ‘My Dear Melancholy,’ does have a comma after it, showing us that Abel Testfaye is never one to conform to expectations.

I’ve listened to the album for the first time, with no skips and no repeats, to really get a feel for the vibe of the album in the way it is meant to be listened. It is rare that I enjoy an album the first time I listen to it, but I was pleasantly surprised with this one. Perhaps the six tracks didn’t give me any time to really dislike it, but here is an honest review.

Departure from the norm

Call Out My Name starts the album of with a dark tone; a slow beat and a monologue is all we need to know where this track will be heading. He is evidently discussing a girl who he has split ways with. Most feel this is discussing his ex-girlfriend Selena Gomez, and their struggles with her health problems.

This track gives a subtle reminder of Earned It, from Beauty Behind The Madness, with talks about how dangerous it was to fall for this girl. “But falling for you was my mistake” leaves us with no doubt as to where he stands with this relationship. The song has a slow build up to the chorus, with The Weeknd in no rush to deliver the lyrics. With this song you can’t not focus on what he has to say, for a beginning track, we have no doubt melancholy was the right word to use.

As Call Out My Name fades away, Try Me picks up where it left off. The vocals seem very distant, a stark contrast to the last song and his normal tones. The guitar breakdown towards the end of the track delivers more of what I felt it was lacking but it still does not live up to the standards I have come to expect of The Weeknd.

Wasted Time is a beautiful stripped back track which showcases how brilliant a poet The Weeknd is. He delivers some scathing lines, which are unmistakable references to his previous two girlfriends. The honesty in this song is something we haven’t heard from him in a while, after his foray into more beat driven chart toppers, and is something I have missed in his music. The ordered chaos pieced together in this, honestly too short, track mirrors his feelings and it is very nice to see him bare all.

As soon as I Was Never There plays, the introduction makes me want to automatically like the song. I can admit I have never heard of Gesaffelstein but I have read he contributed to the Yeezus album. The vocals are very faded and reminiscent of a broken heart. It is a stark contrast with his more upbeat tracks and offers a homage to his earlier mixtapes. The repetitive lyrics over the drum beats feels as if it echoes The Weeknd’s mind and I love the dramatic effect this makes.

I think Hurt You is the closest we get to the pop style music we associate with The Weeknd of recent times. It reminds me of True Colours from the Starboy Album, which is another brilliant track. It seems like the mood has lifted now, with The Weeknd explaining he doesn’t want to hurt this woman, despite having sexual history with them – an example of why I love to listen to an album all the way through, as you would not experience the mood change of the album listening to it on shuffle.

The mix of upbeat music and still sombre lyrics gives a teary-eyed combination that makes this track a winner. There’s one track left but I may go as far to say this is my favourite track of the album.

The Weeknd’s “My Dear Melancholy,” is his third consecutive No. 1 album pic.twitter.com/tiMkPPKeop

A debate of album length

Privilege has the privilege of being the last track of My Dear Melancholy, and hammers the point home that this is in no doubt a break-up album. “I’ma drink the pain away” shows us that despite this catharsis of an album, he isn’t yet over his break-up and will continue to mourn it for a while to come. It echoes the first track in that the underlying track is stripped away, leaving us again to focus on the vocals.

This album strays away from the Weeknd’s constant boasts about getting numerous girls and the fame, but really lays his emotions out on the table for all to see. Many people complained when, first Beauty Behind the Madness and then Starboy was released that The Weeknd was striving for more recognition, awards and mainstream audiences and by doing that straying away from his original sound.

From the perspective of someone that has followed him when he first started, I am inclined to agree. What made me fall in love with him was his strange sound and dark lyrics, but I did also enjoy his more recent albums. He has shown us however, through this album, that he is not afraid and can continue to go back to his old sound, and he does not mind using lesser known artists to collaborate with on his tracks, a stark contrast with the likes of Kendrick Lamar and Ed Sheeran.

I am torn between saying this album is a perfect length because I don’t want to be pulled any deeper into this depressive state that it has already gotten me into and saying we should have another six just so I can experience more of the genius that The Weeknd offers us.

I will be listening to this album again as I think it has so much more to offer, but once again The Weeknd has not failed to deliver. 7/10