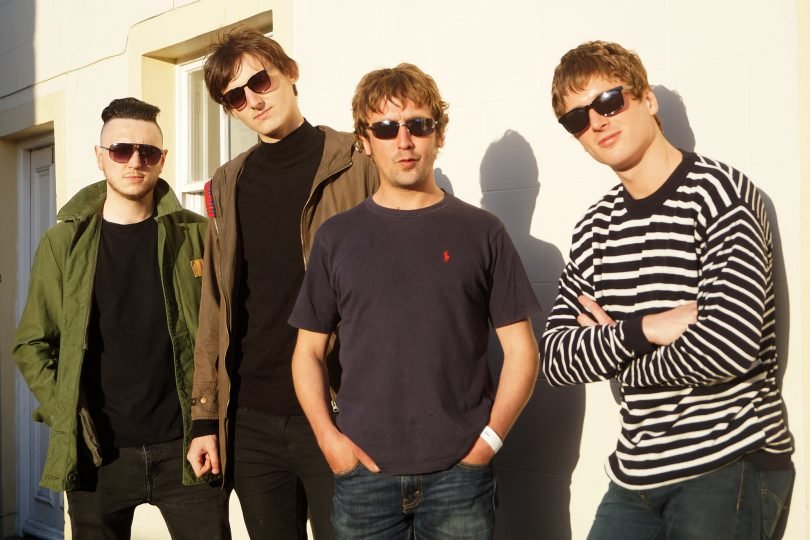 A NIGHT of rock, heat, passion and fantastic mayhem as Twisted Wheel were back on top form performing on the Manchester stage.

Hitting the mid-way point in their nation-wide reunion tour, Snakes and Ladders, the North West indie rock favourites came back with a bang, to rock a hometown gig at Band on the Wall, in Manchester, on Friday, June 1.

The current ‘Snakes and Ladders’ tour is all about the band getting back in the game, finding ladders of opportunity again and avoiding those serpents that caused them to fall off the board.

For anyone who attended the sold out Band on the Wall performance it was strikingly evident that Twisted Wheel are firmly back in the game.

With lowlights and the room packed, the distinct calls of: “Wheeeee-eel! Wheee-eel!” could be heard throughout the venue.

The band (made up of original band members, Jonny Brown and Adam Clarke, along with newcomers Richard Allsopp and Harry Lavin) were ready to rock from the moment they stepped on stage – and the audience knew they were in for a great show when the first chords of ‘Lucy the Castle’ were heard as the band’s first number.

The set featured classic Wheel songs such as ‘She’s a Weapon’, ‘You Stole the Sun’ and ‘Strife’ – along with a short midway acoustic set from Jonny Brown.

But it was the new songs that got this journalist going.

“I loved the atmosphere and the crowd made my day singing almost every word to every song. Any song writer knows that’s one of the ultimate compliments to your writing. When I played bouncing bomb acoustic that’s when things really hit home for me. The new band stepped it up a notch interacting with the beautiful crowd and taking the stage energy up a gear.”

New tunes ‘Jonny Guitar’ and ‘Rebel’ – set to feature on the band’s upcoming EP – had all the classic feel of the band, but show Jonny Brown has definitely come back more mature as the new lyrics are laced with wisdom and wit.

Their new sound felt closer to the bone, more raw, but nonetheless still energetic, enigmatic and driven with a passion for the music.

Supporting slots on the night were filled by the four-piece band, The Darlies, from Grimsby, and the young and upcoming, Jack Fletcher Band.

As Twisted Wheel wrapped up the evening with the high-energy songs, some audience members had other ideas and a stage invasion was imminent during the classic ‘Oh What Have You Done?’.
‘We Are Us’ was the band’s closing song for an evening where it can only be said: you simply had to be there.

“I think it was the first gig for me where I noticed two naked girls on people’s shoulders in the crowd. The possibilities of madness are endless at a twisted wheel gig but yes that was a first.

“It was definitely a hometown comeback gig to remember set in stone and had set us up for a bigger and better and definitely even more chaotic Manchester gig in the near future.”

Fans should get excited for new music with an EP out over the summer and an album set for release later in the year.

Twisted Wheel may be facing the snakes and searching for ladders of opportunity again, but the northern indie rockers are back on the board and really in the game.

Up next, the boys still have a packed tour ahead with dates in June and July, but tickets are selling fast.

Dedicated, tenacious and innovative writer and editor - focused and enthusiastic about the world of journalism, news, features, subbing and editing.