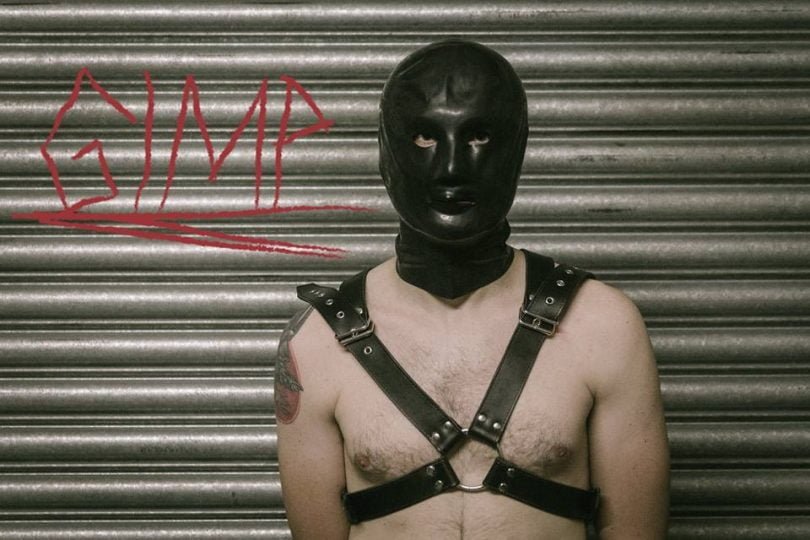 Masculinity is an extremely hot topic, going hand in hand with the continuous discussion surrounding gender politics. What it means to be a man is not something which can be simplified, partly due to the fact it is completely subjective, but also due to the fluidity of gender: it is such a complex entity that one singular definition is impossible to establish.

One person who believes that redefining masculinity is a task to be taken seriously is Manchester based musician and artist GIMP. Although the young, male artist remains anonymous in his work, his political and cultural beliefs are something he envisions to be at the forefront, standing out as the most important part.

Today, GIMP is giving Kettle the honour of premiering his music video ‘Inside Of You’, as well as speaking to Women’s Editor Charlie about the concept behind the art. This is a completely exclusive first-look at his second artistic creation.

The piece is truly thought-provoking, especially once you understand the story behind it. Director Jack Grindrod called it a “thoroughly interesting project”, saying it was completely different to anything he has worked on before.

Be sure to check out the video below!

So, first of all, what is GIMP?

I am GIMP, a Manchester based artist who writes and performs electronic music. I’ve been writing, producing and performing under this alias for just over a year, so I’m a pretty new artist.

Since moving to Manchester three years ago I’ve involved myself with a lot of people in the music scene, but with GIMP I wanted to explore a more artistic side of music, and combine that with current issues in the world today.

I’ve always enjoyed a range of music, but I’d say my main influences are bands such as Depeche Mode, Nine Inch Nails, Ministry and Kraftwerk.

With GIMP I have also adopted the tag of EBM, which stands for Electronic Body Music, after being told by quite a few listeners that my music fit this genre.

You mentioned EBM, but for those that don’t really know what that means, could you define it?

Yeah, so EBM is a genre which can be summarised as electronic music which has quite a serious or sometimes dark subject matter. It’s big in Germany and Central Europe, and came from groups like Kraftwerk, Front 242 and Nitzerebb. Nitzerebb are actually from the UK but they’re bigger in Germany than they are here, which is actually one of the reasons that I’m really excited to be part of this genre. I’m hoping that I can help grow the EBM scene over here.

It developed out of genres like Synth Punk and European post-punk in the 1980s, and can kind of be seen as a precursor to Techno which is obviously quite popular nowadays.

It’s pretty much the lovechild of punk and dance or electronic music; the whole point of punk is to be political, so EBM uses this concept and then combines the immense popularity of dance music to connect with a modern audience.

I would love to create a strand of EBM that British people will actually like, since a lot of past EBM groups or solo artists have not been accepted.

Also as I said before, there is an ever-expanding popularity of dance music, so it seems appropriate that I adopt the label of EBM, since it fits my vision of spreading an important political message through a popular means.

That sounds really interesting. So if you can define it, what is GIMP’s artistic vision?

One of my primary artistic intentions is to form a critique of the pop industry over-sexualising women. It’s been going on for years, but the fact that in 2018 it’s still a really prominent part of the scene worries me. As someone who identifies as a man, I acknowledge that actually I have the ability to make a change. So, I decided to choose the most overtly sexual aesthetic I could in an attempt to over-sexualise myself to form this critique.

Jyoti Rajput, who directed my first creation – which is called ‘Sex & Violence’ – has been very important in helping me shape my artistic vision. It’s so important to have a female counterpart when discussing sexuality. Since I’m trying to highlight the completely polarised roles of men and women I’m so grateful that I got to collaborate with someone who identifies as a woman at the start of my journey – it really helped me realise my artistic vision.

This is also why I wanted to have a female in the dominant role in the ‘Inside Of You’ video. The model I worked with – Eímear Corr – was fantastic. She really understood the angle I was trying to get at, and I think that reflects in her confidence and ability in the video. I really couldn’t have asked for better collaborators.

Hopefully this won’t sound too pretentious, but the essence of the art is simple however the meaning and message behind my vision is a lot more nuanced and layered. I also feel like my vision is very current and topical.

At this point I feel like it’s important to state that the more I become artistically involved in something sexual, the less sexual it seems to me. I didn’t create GIMP to indulge in any sort of sexual fantasy, which is something people have asked me in the past. My vision actually does not concern my own sexual preferences or enjoyments at all – that’s something I think people struggle to understand.

Again at the risk of sounding obnoxious, I feel like I’m making a sacrifice of my own sexuality in order to accurately portray my artistic vision. Not in an “I’m so hard done by ” way but actually in a refreshing way which has made me really evaluate how gender roles are so polarised in the music industry.

Watch the music video to ‘Inside Of You’ exclusively on Kettle now!

For exactly that reason – society is redefining masculinity and what it means to be a man. To me, that is intrinsically linked with sexuality – it’s not the same thing but the two are related. If you’re someone that is aware of the type of toxic masculinity I’m trying to show my disrespect for, you’ll understand my motive to break through the stereotypes which surround males.

Check out ‘Sex & Violence’ below.

People should be comfortable discussing sexuality and I think the scene promotes this. By me putting myself in a position which people view as humiliating in the ‘Inside Of You’ video, hopefully it might allow for people to be more questioning of how truly comfortable they are in themselves.

GIMP’s ‘Inside Of You’ music video will be officially released on Facebook and YouTube on 31st October.