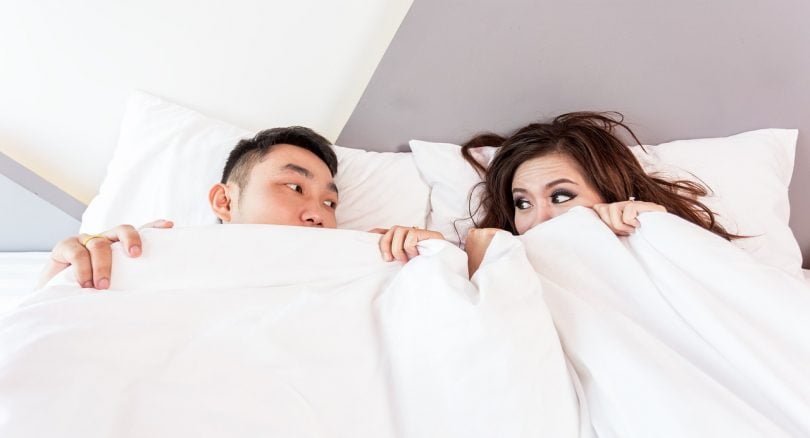 Depression – from lacking the energy to get out of bed in the morning, to losing interest in all hobbies, it can affect every aspect of your life. I would know – for the past four years I’ve been fighting against the tiredness, the crying, and the general feeling that nothing is right with the world.

For me, it also led to a low sex drive.

Depression generally can lead to a lack of interest in sex for some people. How are you supposed to get it on when you’re feeling so low? (And potentially haven’t showered in a week.) But for me, it was going on SSRIs (selective serotonin reuptake inhibitors, also known as antidepressants) that really caused my sex drive to disappear. A lowering of interest in sex is a known and common side-effect of the drugs, which is estimated to affect 25-73% of people taking SSRIs.

This was a real shock for me. Sex had always been an important part of my relationship with my partner. It allowed us to be emotionally and physically close, and was one of the main ways that we communicated our feelings towards each other. Before, sex allowed me to leave my increasingly anxious and depressed thoughts behind. The feeling of my partner’s hands on my skin was one of the few things that made me feel good about myself. To have that snatched away led me to feel much worse than I already was.

However, this didn’t mean that I was just disinterested in sex. When I was occasionally in the mood, it often led to difficulty orgasming, which had never been a problem for me before. For some people, it can also cause delayed ejaculation and erectile dysfunction. Needless to say, this is immensely frustrating. After quite a few failed attempts, my partner and I stopped being intimate altogether, hoping that the side-effects on my libido would fade with time.

After weeks and weeks of struggling, and another few weeks of little to no sex, I decided enough was enough and went to my GP for advice. One option was to lower my dose of antidepressants, or to stop taking them altogether. I didn’t want to stop taking the medication, because it was helping with my depression. So I changed the way that I thought about sex. I was so focused on orgasms that I didn’t take the time to appreciate the other aspects which also made me feel good. By allowing myself to relax and forget about orgasms, it actually made me more likely to get off!

I also focused on being physically intimate in non-sexual ways. My partner and I spent more time cuddling together at random points throughout the day. We started giving each other massages and spent long hours just kissing, like we did when we first started dating.

Again, this made me less stressed out during sex, because we were being affectionate in other ways.

Eventually, the side-effects of the SSRIs faded, much to my relief. We were back on track in the bedroom! And with all the changes we made to our sex lives, my partner and I are actually much closer than we were before.

Wendy is a book blogger and mental health writer. She is interested in queer issues, social justice, and cake. She can be found @whatthelogsaid on Twitter.