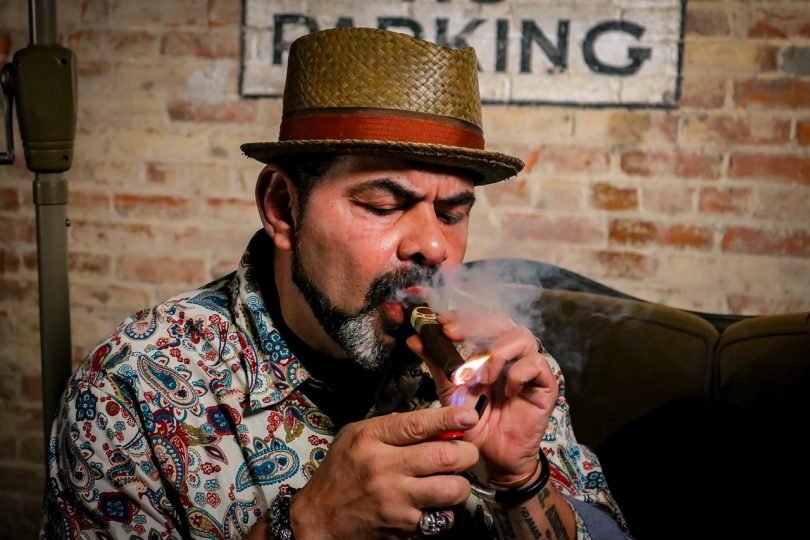 Cigars have been around for decades, always seen to give an air of class and manliness that we remember from the old black and white movies. Capnolagnia, known to most of us as smoking fetishism, is one of the easiest fetishes to trace the causes of. Despite it all tracing back to childhood associations and how cigars were; and are, depicted through media, there are other factors at play here. The following are the three most prominent reasons as to how cigars, more than cigarettes, may be waking your dormant Capnolagnia.

It is not a secret that smoking cigars can boost a person’s self-confidence. Other than it provides some sort of relaxation for some, the act itself speaks of confidence. What helps boost the image of a cigar smoker is the look of a cigar; it symbolizes wealth and grandeur. As we all know, self-confidence is sexy. Men like women who take charge, and so do women with men who do. A cigar is quite expensive, and through childhood experience, we’ve associated powerful figures with the habit of smoking cigars; psychology suggests that this basic association translates to a much more complex one as we mature mentally, and sexually.

Like we’ve mentioned in the previous paragraph, cigars are pricey. Regular consumption of cigars usually means that the smoker has quite a lot of money. But just because you can afford cigars, doesn’t mean you should be careless about how you store them. Cigar storage is crucial so that they don’t dry out and lose their original flavor. Read about the best electronic cigar humidors reviewed for 2019 to get the best looking and best functioning humidor for your cigars.

Of course, keep in mind that not everyone can pull off the cigar look without looking too off-putting. However, the general trend is that while men are attracted to more physical factors, women are more attracted to more practical factors. According to behavioral researchers, while it may not be the prime factor, high salaries do tend to grab woman’s attention. Of course, this doesn’t apply to everyone; yet, on some crude scale, it does apply to a large number of people.

On some level, the act of smoking can be considered a sexual act. Think about it, with enough imagination, one can view a cigar being placed comfortably between a person’s lip followed by the smoker sucking on it as some sort of preview for what’s to come later. It can be perceived as foreplay by some, and just a visually arousing behavior by others. Needless to say, previous associations play a huge role; when you’ve had a previous sexual experience with a smoker, naturally the smell becomes a trigger or a stimulus; like with Pavlov’s experiment on conditioning.

With what have been mentioned above into consideration, if you are wondering about whether or not you have a smoking fetish, you can ask yourself these three questions: do you constantly find yourself sexually attracted to people who smoke? Is smoking a constant aspect in all of your sexual fantasies? Do you experience strong sexual urges after seeing someone smoke, or after smoking yourself? If you answer yes to all of these, you most probably have a smoking fetish.