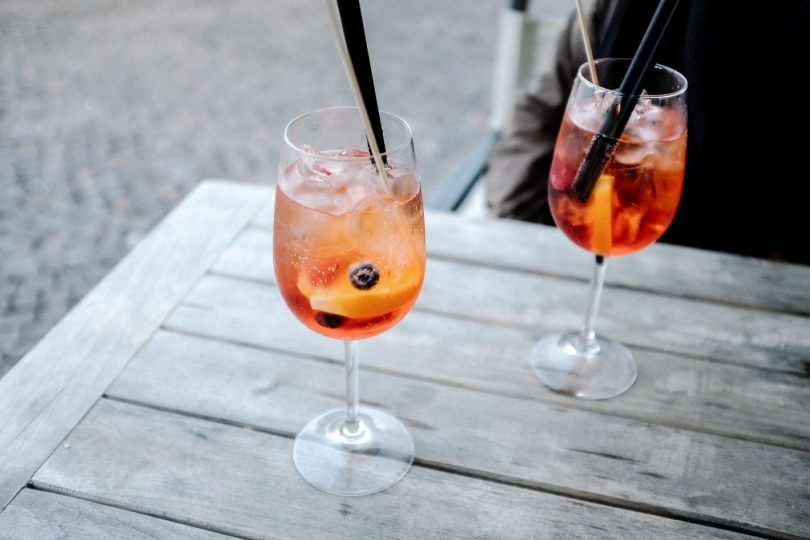 In post-Christmas January it's easy to feel a little gloomy. There's no longer a constant supply of pigs in blankets, the tree has been taken down and it's not normal to drink Buck's Fizz in the morning. It's important to keep positive in these cold months and don't deny yourself all of life's luxuries.

With that in mind, we've chosen five of the best winter drinks to keep you fuelled. If you're succeeding with dry January this far, give these cocktails a go on February 1st.

It's not always easy to create a winter cocktail. Most are filled with fresh berries and citrus fruits that only seem appropriate in summer, while others are only drunk at Christmas time. This winter-spiced pear cocktail has the warming flavours you need for winter, but won't make you reminisce about Christmas. It's spicy and sweet. Just what you need on a cold Saturday night.

Don't be deceived by the name, this drink is strong and sophisticated. It's simple to make, using only a few ingredients. It's important to use a great bottle of whisky as it's the main flavour of the drink. The addition of orange adds a slight sweetness, but it's not a drink for the faint-hearted. Give it a go on a Friday night to keep you warm when it's cold outside.

If you're looking for a drink that'll give you a burst of energy, then an espresso martini is the best option. Made from an espresso, vodka, coffee liquor and ice, it's easy to make but is rich and smooth. The coffee is, of course, the main flavour so make a good quality espresso to give you the ultimate espresso martini. This is a great drink to make if you've got friends coming over. Just make a few espressos, shake with the vodka, liquor and ice, then drink!

After Christmas and New Year's Eve, there are usually a few bottles of Prosecco lying around. If this is the case, why not jazz it up a little and make a grapefruit spritz. It's full of fizz with a sweet and sharp flavour from the grapefruit. If you're not a fan of grapefruit you could swap it for orange which would work just as well.

For those with strong willpower who are succeeding with dry January, we've got a drink to keep you going through this difficult month. This orange and rosemary fizz is full of flavour and fizz from the soda water…you won't even realise it's alcohol-free! The cinnamon adds a warmth to the drink, but the fruity orange flavour will get you excited for the warm months ahead.