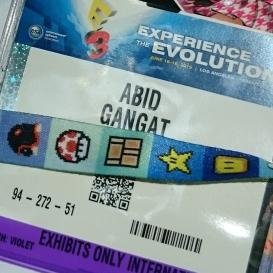 For me E3 has always been the one event that has eluded me, in the sense that I have never been able to get to Los Angeles and the LA Convention Center and to be a part of and this monster of a games industry event. I have been fortunate enough to have worked for some fantastic publishers within the industry, as well as working as a PR for one of the worlds leading PC gaming peripherals companies, and despite having attended as a representative from the company to major gaming events such as GamesCom, Rezzed, and EuroGamer (to name but a few) I have never been lucky enough to have seen first hand the magic and theatre that is E3.

With this in mind and having this year managed to get out to LA to be a part of it, my mind is racing with the possibility and expectation of this key event which shapes and delivers news to all who have an interest not only at key publisher and format holder level, but all the way down to the consumer in the street who fuels the industry by putting his/her hand into their pocket and buying the latest release title to be ahead of the game and their own friends/social circle.

With E3 due to open its doors in the morning to the world once again, only one question occupies my mind and the minds of the industry lovers and haters…..What news and announcements can we expect from the worlds biggest games industry event?

Well it seems we wont have to wait too long for news to break, as some companies such as UbiSoft, EA, Activision, Sony and XBOX have already broken silence announcing news at the various all important conferences on some of their upcoming titles such as : The Last Guardian (Sony), Horizon Zero Dawn (Sony), Hitman (Square Enix), Ghost Recon Wildlands (UbiSoft), Halo 5 Guardians (XBOX One), Star Wars : Battlefront (EA), Unchartered 4 : A Thiefs End (Sony), Call of Duty : Black Ops III (Activision), and Street Fighter V as a PS4 exclusive! However, while these pieces of news may have broken, the full extent of what is coming is yet to be seen and announced over the next few days, and I for one cannot wait!

With experience in the games, music festival, charity, tech and design industries, Abid has worked in PR for the last 10 years. However, it is watching and reviewing films and theatre productions that he enjoys the most.
Twitter: @AbidGangat