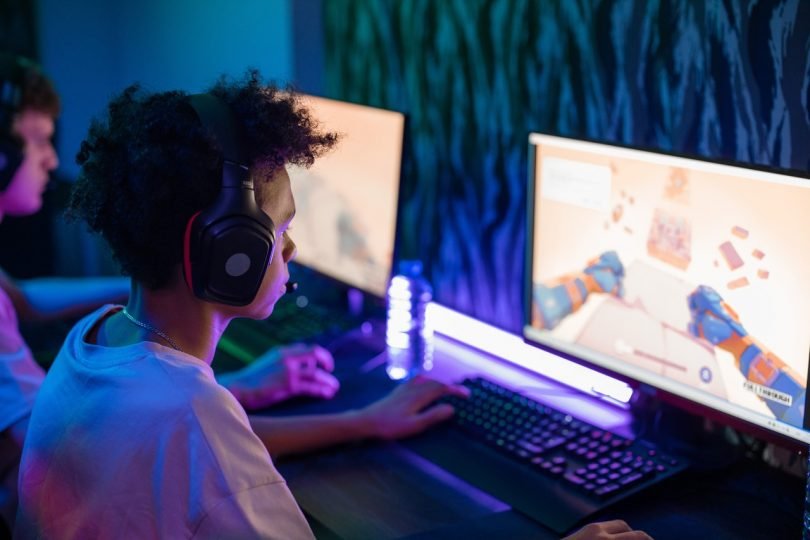 Gaming laptops used to be very expensive and difficult to carry, but that is no longer the case because there are many cheap, affordable gaming laptops on the market. It gets better every time, with more advanced features, a sleeker design, a faster processor, and even longer battery life. Read on for five choices that are both affordable and worth buying.

The HP Omen 15 is a powerful gaming laptop with a keyboard that has a 26-key rollover to ensure that everything is registered when playing games. It boasts a 1080p, 144Hz IPS display so that the power will be put to good use. In addition to the anti-glare surface, the display features a peak brightness of 300 nits, allowing you to see clearly in most settings.

When buying the HP laptop, you get not only a massive 1TB SSD but also dual-channel RAM. It also includes a large 70.9Wh battery that can perform for up to 9 hours and charge to 50% in around 45 minutes. The price might be a little higher when compared to others in the same categories, but with all these qualities, it’s certainly worth considering.

Another solid contender in this category is the Dell G15. It is powered by an AMD Ryzen 5 processor, which is more efficient and has a higher core count than the quad-core processors often seen in this price range. The Dell laptop also comes with a budget-friendly RTX 3050 graphics chip to keep your FPS up.

Other than that, you’ll get a laptop with a built-in 1080 display that performs admirably at a decent 120Hz display. In terms of battery life, the G15’s 56Whr battery lasted more than 9 hours. The G15 has some Alienware DNA put into it, from the thermal design to the Alienware Command Center software, which optimises game settings and delivers a performance boost with the Game Shift feature.

In addition, you’ll get the Nvidia GTX 1650 GPU, which will allow you to play AAA games at lower settings and still get reasonable frame rates. If that isn’t enough, you’ll be happy to know that the laptop offers a 120Hz refresh rate, delivering smooth gaming performance. Keep in mind that it does not have the best colour performance or single storage, but if that isn’t an issue for you, this is the one.

With a thickness of less than an inch and a weight of a little over four pounds, the MSI GF65 Thin is the one to watch. Aside from decent battery life, it has a 1080p display and a 144Hz refresh rate screen, which provides significantly more fluid visuals and substantial gaming advantages in multiplayer games.

Furthermore, it features Intel Core i7 and RTX 3060 processors, which are difficult to get on an affordable laptop. The 3000-series supports Resizable BAR, allowing the Intel CPU and Nvidia GPU to coexist. This setup allows for more effective communication between the two and enhanced performance in certain games. The GF65 Thin is also the best choice if you want the power for stunning graphics and technologies like ray tracing and DLSS.

Finally, there’s the Lenovo Legion 5 series, which has always delivered excellent hardware in a cost-effective package. While the IdeaPad Gaming 3 is a better deal as a gaming laptop, the Legion 5 includes modern technology such as Zen 3 and RTX Ampere. The Legion 5i 17 model, in particular, is ideal for those with extra budgets.

It has a 17-inch Full HD display with a peak brightness of 300 nits, bright enough for playing games and detecting minor details. If a 60Hz display panel is insufficient for you, you can upgrade to a 144Hz panel. Aside from that, the Lenovo laptop is powered by AMD Ryzen 5 and RTX 3050 CPUs, which can handle a wide selection of demanding Full HD games. The battery life is exceptional as well, lasting more than 11 hours.