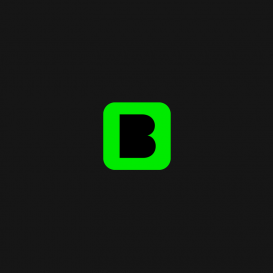 Halimah Manan takes a critical look at the premise of Beme, a new social media app.

Released on July 17th, Beme is a social media app marketed as a “platform for capturing and sharing your daily life”. Imploring users to stop seeing the world “through your phones”, Casey Neistat—developer and YouTuber—attempted to sell the app in a first-look type video blog. However, while the product functions in some refreshing ways and looks set to revitalise social media, its premise that social media is an inauthentic way of presenting yourself is—at best—problematic and—at worst—downright hypocritical. Not to mention that the app’s similarities with Snapchat challenge just how far Beme is really a new idea.

In Casey Neistat’s introductory vlog for Beme, he lauds the app as a “new version of social” and a “new way to share”. Indeed, the app functions through the use of your phone’s proximity sensor—rather than the press of a button—after which the video is automatically posted to the cloud, thus removing the need for users to look at their phone. Except to watch other people’s videos, of course.

As well as the use of the proximity sensor, the app allows those who watch what you post—four-second clips which disappear after you’ve watched them, just like with Snapchat—to send reaction pictures as they’re watching. A fun way to capture your expression at specific moments: great!

Beyond that, though, things seem much the same as always. Aside from the dose of pretentious deeper meaning accompanying this new app, of course. Instead of merely stating the practicality of an app—which removes the necessity of finicky pressing buttons and simplifies sharing—the app’s developer also pointed out that Beme supposedly allows you to share the “real” you. Which “real” you, you might wonder. The person you are around your family, around your friends, or the person you portray yourself as in professional environments?

None of them, apparently. Neistat insists there is an all-encompassing real version of yourself, one past what he calls a “highly sculpted… calibrated version” just waiting to appear on social media. Which immediately shames those who enjoy using filters on apps like Instagram, or taking pictures to ensure that their double chin, which they find embarrassing—though, in a perfect world, they wouldn’t—isn’t noticeable. This is where the ideas behind the development of Beme fall short.

Flaws in the perfect plan?

If social media is so calibrated and sculptured, and Neistat believes that there’s something wrong with it, it’s a wonder he’s using an app to change that at all. Or that he’s a prominent YouTuber who’s been part of the community since 2010. Not to mention that the video advertising his app was edited and put together meticulously in what he might call a “self-aware” or “self-conscious” fashion. So, does it mean that wanting to sell a product in such a way is acceptable, but wanting to present oneself in a light we feel represents us best—rather than whatever our dodgy recording of ourselves shows—is not?

While people building their self-esteem through portraying themselves in a perceived suitable light is not a bad thing, perhaps Beme is trying to take our feeling of needing to adjust how we are presented in our everyday sharing away. If that is what Neistat wanted to accomplish with Beme, though, it hasn’t been communicated that very well. Instead Beme ignores the fact that cultivating your presentation isn’t always a bad thing in certain scenarios. Rather, its premise shames those who enjoy the ability to flick through filters on Instagram to change how they look and thus attempts to achieve too much.

If Neistat had left his description of Beme as a new way of taking pictures and sharing, perhaps Beme would appeal more to me. As it is, the app seems the latest in shaming social media users only to, ironically (or purposefully), convince them to switch to using Beme. Another social media app. So, rather than providing a detox from the superficiality of the social world on the internet, Beme merely provides another platform for it. Albeit with shaky camerawork, no preview and, therefore, potentially pointless videos.