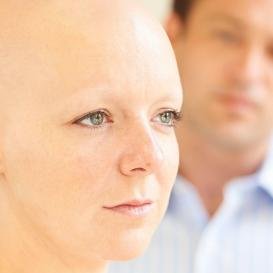 “Being diagnosed with cancer is like having twenty minutes to revise for an A-Level you’ve never learned.” – The C-Word (BBC1)

She prised apart her eyelids slowly. As the morning sunlight shone peacefully, she lifted her face gently from her pillow. It wasn’t long until the tender mood was invaded by the thudding of music and the unmelodious singing of a young, blonde women, splayed out across a swimming pool inflatable. It was from this moment on that I knew we were in for an emotional roller-coaster…

Based on true events, this week Bafta-winning actress Sheridan Smith took on one of her greatest challenges – to portray the life of Lisa Lynch, a blogger and writer who lost her battle to breast cancer in 2013 at the age of 33. The script for the BBC1 drama, aired on May 3, was written by Nicole Taylor along with Lisa herself, as she had, for a long time, longed for The C-Word, originally a book, to be “brought to life”.

Lisa Lynch was a magazine editor from the Midlands, who had a husband, a family and a job that she loved. Following her diagnosis at the age of 28, Lisa started up a blog to document the life of a twenty-something determined to come out on the other side of cancer. Her infectious and humorous personality, and overtly honest approach to her condition through her blog entitled ‘Alright Tit’ encouraged other cancer sufferers to contact her and open up about their experiences. The massive following included actor and comedian Stephen Fry, who labelled it “funny and brilliant”.

Lisa turned her blog into a best-selling book, ‘The C-Word,’ which delicately approaches some of the aspects of the cancer journey endured by Lisa such as chemotherapy, fertility complications, emotional outbursts and hospital treatments. The book was commended for being honest and outrageously funny. In one particularly tough scene in the show, we saw the hospital counsellor advising Lisa to read her own book, without realising she was the author. In that moment, Lisa’s true struggle became clear – she had helped so many others through their battle with cancer but, frustratingly, hadn’t managed to help herself. Lisa’s cancer returned in 2012, having spread to her brain and her bones. It was incurable.

In preparation for the challenging role, 33-year-old Sheridan Smith met with Lisa’s husband Peter and her brother Jamie, in order to learn more about Lisa’s life and persona. She also shaved her head for the part.

“Cancer is an attention seeking, party-pooping bitch.” – The C-Word (BBC1)

But re-living the journey of a person whom Sheridan regarded highly also recalled painful childhood memories for her. Shooting scenes showing Lisa being lifted from the bath tub reminded Smith of her brother, Julian, who died from cancer at the age of 18. Smith has a small tattoo of angel wings and a halo on her wrist in memory of him.

It was apparent through her acting that this was a topic close to Smith’s heart. The step-by-step journey she portrayed and the emotional and physical aspects of cancer were all perfectly honest. Smith reflected how Lisa’s personality came across in her blog posts: human, loveable and, above all else, fiercely tenacious.

The 90-minute programme concluded by showing Lisa taking a break from treatment in order to spend valuable time in the arms of family and friends, away from the pressures of everyday life. The family spent time together in Spain while Lisa also focused on practising mindfulness, a Buddhist method of dismissing negative thoughts that is being widely recommended to cancer patients today. There were many smile and laughter-filled days at the end of the show, and the declaration that “there’s a lot to celebrate” in life. Lisa peacefully passed away at Trinity Hospice on March 11th 2013.

The scenes were delicately crafted and the story gently built, but the dialogue was sharp, poignant and didn’t hold back. Lisa’s family and friends expressed their admiration that Smith had ‘got Lisa perfectly’ and delight that her story was finally brought to life. And, though Sheridan Smith never got to meet Lisa Lynch in person, her portrayal of her life in such a sensitive and beautiful manner will surely make her, and anyone else who knew Lisa, feel proud. After all, they knew, and encountered, an inspirational, wonderful woman.

The C-Word is available to watch on BBC iPlayer. Lisa’s blog www.alrighttit.blogspot.co.uk is still maintained by her friend, Toby, and is a refuge for people who are facing cancer today.