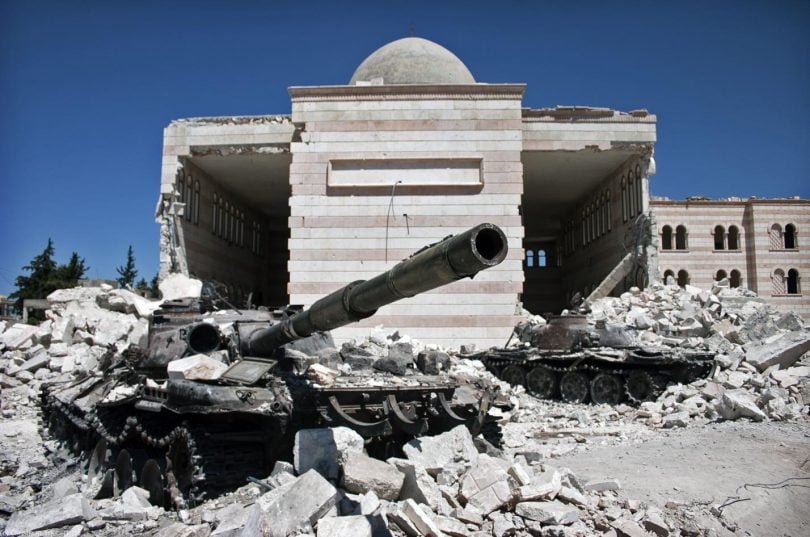 Aid trucks are currently stuck at the Syrian/Turkish border as it looks increasingly like the fragile Syrian truce negotiated by the US and Russia is unravelling prior to its official expiration of 4pm GMT.

Conveys of forty trucks, headed toward the north Syrian city of Aleppo, containing enough food to feed 185,000 people for a month, are stuck outside the war torn country as rebels claim the ceasefire had effectively ended, with the UN stating that they do not have sufficient security guarantees from the various sides in the six year conflict to deliver the aid.

The UN is also keen to deliver aid to other besieged areas of the country, but even with the ceasefire, there has been fighting and air raids with neither side accepting responsibility, and it has been unable to obtain the received the required permissions from the Syrian government.

There are thought to be 275,000 people trapped in Aleppo without food, water, shelter or adequate medical care and the increasing probability of people starving to death.

It was hoped the ceasefire would enable government and rebel forces to pull back from the main road into Aleppo to allow aid convoys through. However, with multiple reported violations of the truce, including 254 from government forces since 12th September and 32 by rebels on Sunday, the road has remained militarised and too dangerous for the convoys to traverse.

Stephen O’Brien, the UN’s aid chief, has said he is, “pained and disappointed” that aid would not get through.

A further truce in the eastern city of Deir al-Zour has been threatened as the US-led coalition have accidentally bombed the region with Russia claiming 62 Syrian soldiers were killed on Saturday.

The UK Ministry of Defence has confirmed an unmanned Reaper drone took part in the operation.