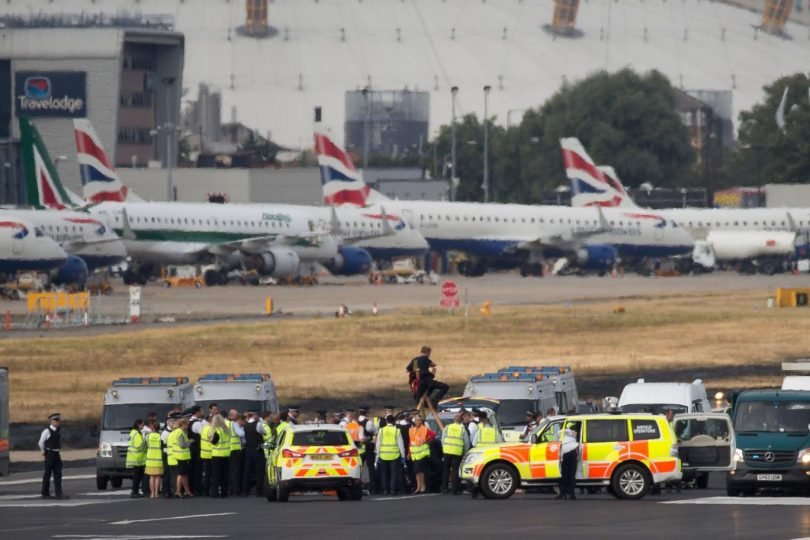 The London Met police reported that nine protestors erected a tripod and tied themselves to it in a protest which the movement UK Black Lives Matter claimed responsibility for.

Police were called to the airport at around 5.30 BST, but London City Airport had the runway cleared and operating again by lunch time. 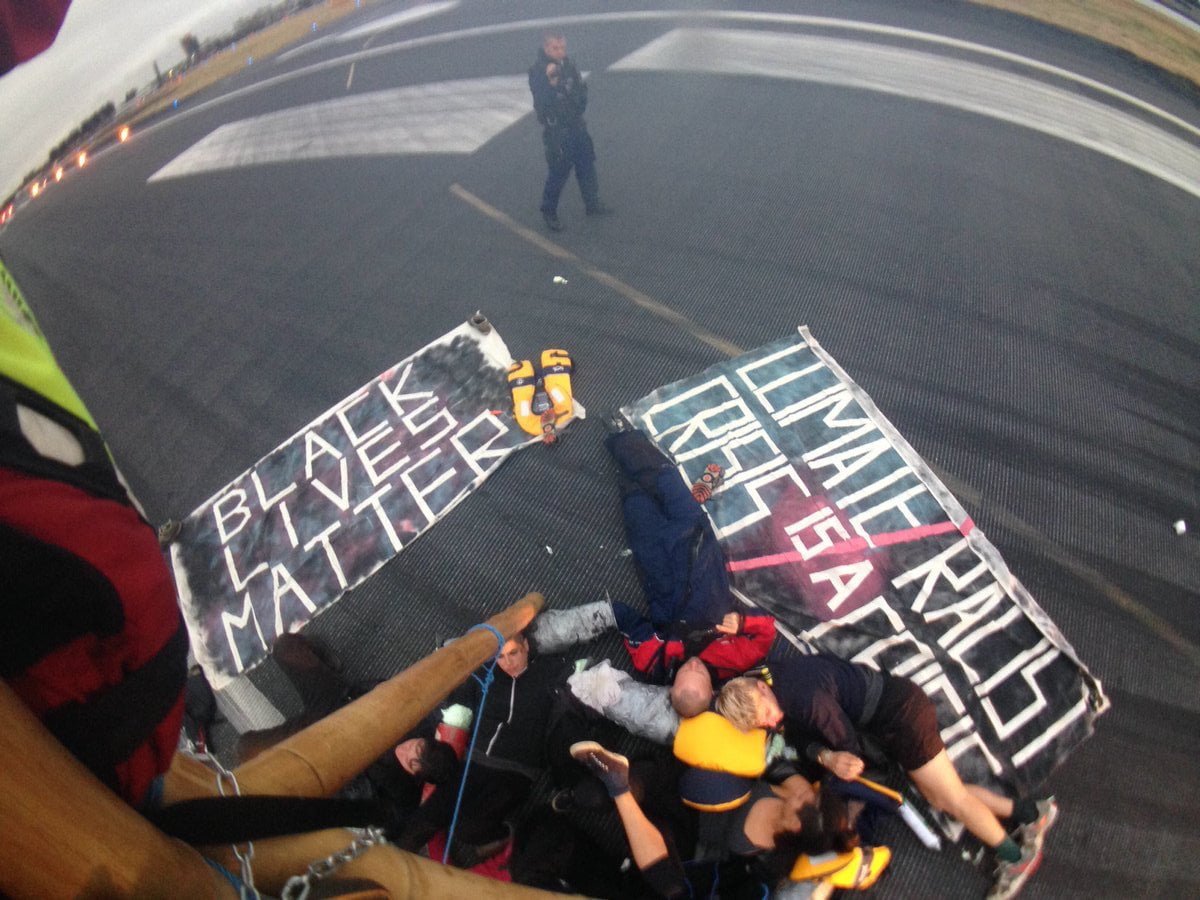 The UK is the biggest per-capita contributor to temperature change & among the least vulnerable to its affects. pic.twitter.com/Bb5SmKWyt6

Black Lives Matter UK claimed that the protest was done in order to "highlight the UK's environmental impact on the lives of black people locally and globally".

The movement continued to express that "Whilst at London City Airport a small elite is able to fly, in 2016 alone 3,176 migrants are known to have died or gone missing in the Mediterranean.

"Black people are the first to die, not the first to fly, in this racist climate crisis we note, however, that the UK is willing to charter special flights to remove black people from the country based on their immigration status." 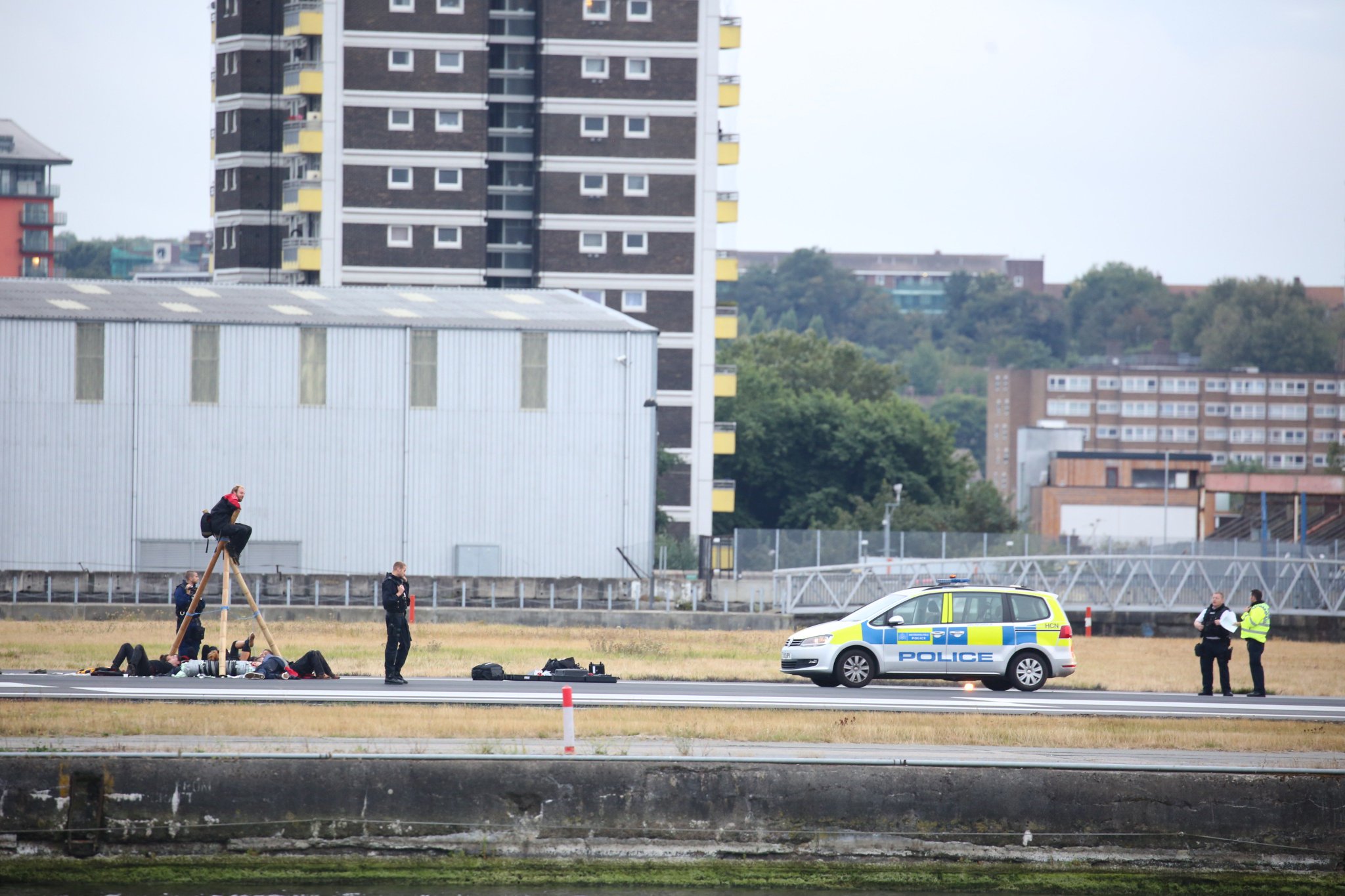 By 2050 there will be 200 million climate refugees. Black people are the first to die, not the first to fly, in this racist climate crisis.

Joshua Virasami, a member of UK Black Lives Matter spoke to BBC London, "The community where this airport is is a predominantly black community. In Britain, 28% of black people are more likely to be exposed to air pollution… being in closest proximity to the industries causing climate change."

It is reported that the protestors swam across the river Thames or used a boat in order to gain access to the runway.