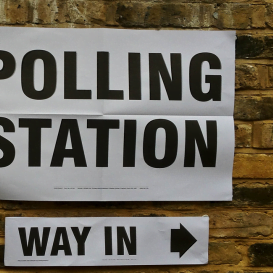 With campaigns such as ‘Votes at 16’ in the UK, set up to promote political involvement at an earlier age in people’s lives, the big question still looms over our heads: should we allow sixteen year olds to vote?

Currently in the UK, one can vote at the age of eighteen, however, questions have been raised concerning the importance of younger peoples’ opinions. Voting can provide them with a platform to have their opinions heard.

Voting results can seriously affect those under eighteen.

As it stands, those below the age of eighteen cannot vote in the upcoming European Union referendum, an extremely important decision which will undoubtedly change everyone’s lives. This amounts to 1.5 million votes that will be unaccounted for, which means 1.5 million lives will change despite having no say in the decision.

Many young people go into employment straight after their GCSEs; if they can earn wages and pay tax, surely they are mature enough to vote on matters which will inevitably affect them? According to UK law, young people can also marry and have sexual relations at sixteen. If they are already entrusted with such adult responsibilities, it seems strange that they are not able to vote.

Another point for allowing younger people to vote is the risk of alienation. As aforementioned, sixteen is an age of independence and making informed choices of their own. Sixteen year olds already make educated choices when selecting their GCSEs and A-levels and by not giving them the vote, it can feel degrading for a young person to feel that society is not providing them with a basic right.

However, while there are sixteen year olds who would make informed decisions with their vote, and should therefore have this right, there are of those who would abuse it. Young people can be highly influenced by the media, the portrayal of party policies or arguments may sway them easily to one side.

Although people of any age can’t be easily persuaded, there are many other reasons that demonstrate how significant the mental maturity gap is between the ages of sixteen and eighteen. Children can mature greatly in two years and since eighteen is officially the age of adulthood, it seems a reasonable age to set the limit at. There are things that eighteen year olds can do which younger people cannot, such as sitting on a jury and making decisions on cigarettes and alcohol. These new rights are a big step up from being sixteen and are evident of the drastic increase in maturity. The line needs to be drawn somewhere.

Currently eighteen to twenty-five year olds have the lowest turn out for voting in elections. This suggests that young people have much less of an interest in politics. By extending the vote to sixteen year olds, there would be an even lower percentage turn out for elections. The majority of sixteen year olds will not use the privilege given to them due to political passivity and so, the voting age should remain where it is.

The debate over whether to give the vote to sixteen year olds is quite a balanced one. Scotland has permanently lowered the voting age to sixteen, which will give other countries a good indication of whether the policy is a success or not. If it is, maybe more should follow in Scotland’s footsteps. By giving young people the vote, this may encourage the younger generenation to carry out more research and become more politically engaged. Only time will tell.