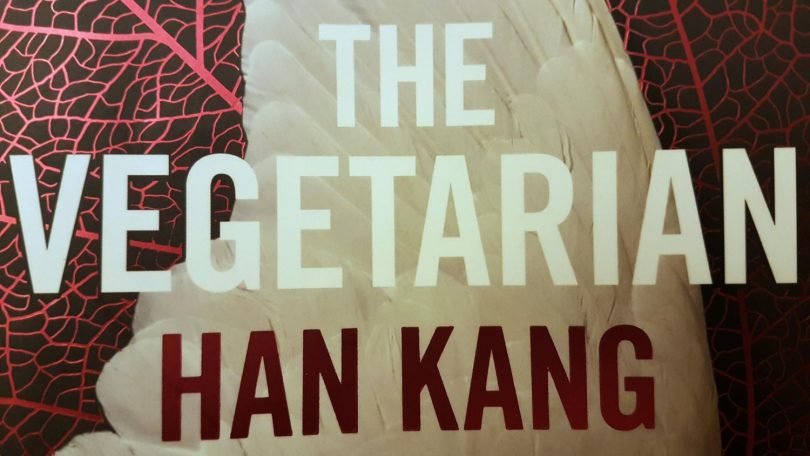 If you're looking for a novel that follows a hero tortured by supermarkets' inability to make a decent avocado and halloumi sandwich, consequently leading him to investigate their factories only to find said supermarkets have unethically sound farming techniques, forcing the protagonist to free the caged hens, heroically stop the slaughter of thousands of cows and subsequently convince every British family to become vegetarian; move along, because The Vegetarian by Han Kang is not what you're after.

Unlike the name implies, Han Kang's novel does not tackle the ethics of being a vegetarian. Nor does it mention avocado. However, to say is it solely focuses on the theme of violence would be an injustice to the author. Rather, each page is permeated with unanswered questions of what it is to be human, bestial and carnivorous – while exploring a young woman's defiance against societal constraints.

Set in modern day South Korea, the novel follows Yeong-hye, a young wife who becomes vegetarian after a vision she has torments her, eventually to the point of insanity. We see how the consequences of that vision affect her relationship both with her family and reality.

Now reading The Vegetarian by Han Kang, translated by @londonkoreanist. 30 pages in and already enchanted and disturbed.

Yeong-hye is presented to the reader through three tumultuous sections, each narrated from the viewpoint of someone other than our main character, and each focusing on Yeong-hye's gradual deterioration of mental, and eventually physical health. We initially meet Yeong-hye through the eyes of her husband, an undistinguished businessman who believed himself to have married "the most run-of-the-mill woman in the world". The unexpected radicalisation of his "completely unremarkable" wife is therefore met with disgust and shame.

Section two is given to the reader from the point of view of Yeong-hye's brother-in-law, who becomes obsessed by Yeong-hye as she serves as his artistic inspiration, giving him a concept he is compelled to act on. Here we see a very different portrait of Yeong-hye, as she is subject to an obsessive male-gaze, heightened with the addition of a video camera.

The final section deals with the most harrowing stages of Yeong-hye's mental health, as she is sent to an isolated institute and force-fed in attempts to keep her alive. Yeong-hye's sister, In-hye, is the strong-willed businesswoman who narrates the last section, adding another layer to the novel; another repressed female character subject to Korean etiquette.

V late to Han Kang's The Vegetarian but I inhaled 90% of it yday & DYING to finish later. It truly gets under your skin – effortless & dark.

Han Kang's THE VEGETARIAN is one of those books you want to foist on everyone but you don't because it'll make them think you're a weirdo. pic.twitter.com/AhVUoqWkeT

In short, The Vegetarian clutches, yanks and hurtles the reader into the brutal and erratic journey of a woman trying to own her identity in the strict surroundings of South Korean society.

If you're concerned that this sounds a little like a horror, trust me, it is. While not gory in the common sense, Kang brings the reader to face-to-face with truths of circumstance and consequence that will haunt you more than any ghost story could.

Have you read The Vegetarian? What were your thoughts? Drop us a comment in the section below.