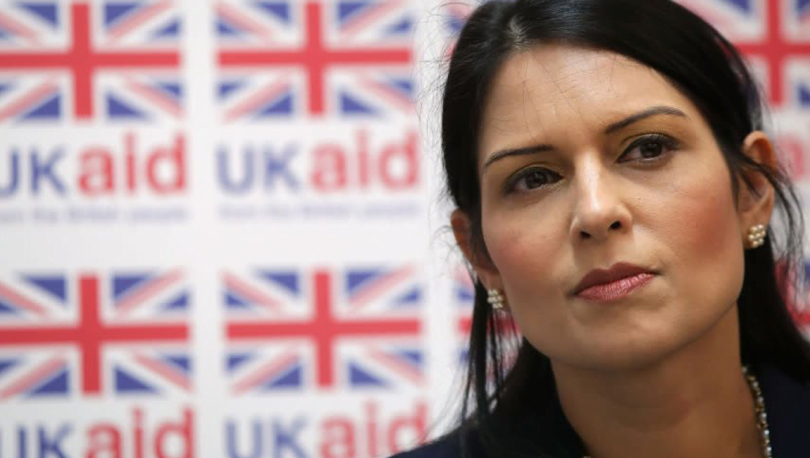 Priti Patel, the International Development Secretary, has been accused of running her own “freelance foreign policy” on Israel, following a BBC report that revealed the Conservative minister held several undisclosed meetings whilst on holiday in August.

The Conservative MP for Witham has since apologised, under pressure from Labour figures claiming Patel’s “complete disregard” for the ethics of public service may constitute a breach of lobbying rules, along with the ministerial code. Protocol dictates that ministers must inform the Foreign Office when conducting official business overseas; in the words of a former diplomat, the local consulate must be contacted if the trip is anything more than for “building sandcastles on the beach.”

Patel attended meetings with representatives of several Israeli firms and charities, such as the director of Israeli disability charity BIS, but it is her encounters with major Israeli political  figures that has proved controversial, since no diplomats were present. Accompanied by Lord Polak, a Conservative peer, she met Prime Minister Benjamin Netanyahu, security minister Gilad Erdan, and Yair Lapid, the leader of Israel’s centrist Yesh Atid Party.

The involvement of Lord Polak, chairman of the Conservative Friends of Israel, has muddied the waters, since he has been an influential figure on UK government policy in the Middle East for some time. Patel is known to be a strong supporter of Israel, but her significant involvement with an organisation once described as “the most well-connected and probably the best funded of all Westminster lobbying groups” invites questions as to how much of an impact the pro-Israel lobby has on her work.

Patel has headed up the Department for International Development (DfID) since the general election in June, and has already tightened up the guidelines on how the £68m of aid the UK provides the Palestinian territories is spent. She has presented the prime minister and foreign secretary with a proposal to impose further restrictions on the aid, but this was pushed back.

The debacles comes at a time when the UK’s relationship with Israel is receiving considerable attention, with November marking 100 years since the Balfour Declaration sparked events which led to the creation of the state of Israel. The centenary has proven divisive in British politics of late, with Labour leader Jeremy Corbyn snubbing a dinner to mark the occasion, whilst the shadow foreign secretary, Emily Thornberry, has called for formal UK recognition of the state of Palestine as a fitting response.

That’s some clarification from Priti Patel. When said Boris knew about freelance trip to meet Israeli PM she meant Boris did not know …

Despite the embarrassment for Patel, viewed as a potential candidate for Conservative leader in the future, there is unlikely to be much response from Theresa May. The Prime Minister has “reminded her of the obligations which exist under the ministerial code,” but this is as far as the rebuke is likely to go, as May must not want to lose another cabinet minister so soon after the resignation of Sir Michael Fallon.

Whether the matter gets referred to an investigation remains to be seen, but at the very least the affair raises questions on how vulnerable UK policy on the Middle East is to the lobbying of pressure groups such as the Conservative Friends of Israel.

Arabic graduate, and MA Conflict, Security and Development student at the University of Exeter. Keen follower of Middle Eastern politics.