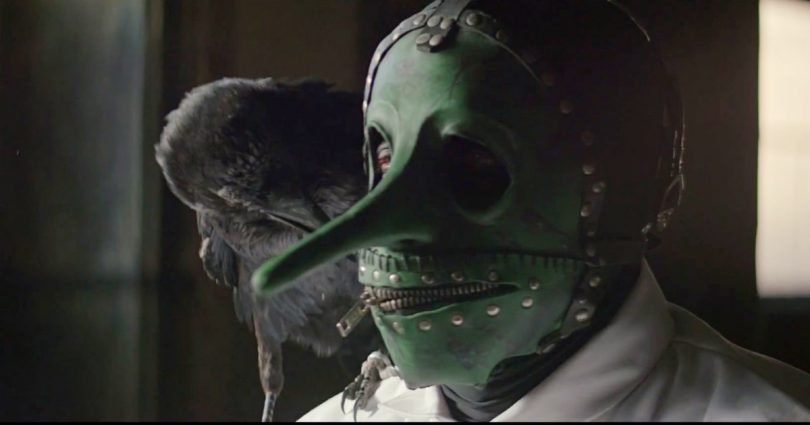 Written by Kealie Mardell
The teasing is over, Slipknot have unveiled their new masks in the video “The Devil In I.”
This is the second release from their upcoming album
The teasing is over, Slipknot have unveiled their new masks in the video “The Devil In I.”
This is the second release from their upcoming album, following the track “The Negative One” which dropped earlier this summer. Due for release on October 21st, .5: The Gray Chapter is their first album since the death of bassist Paul Gray in 2010.
I still remember the tear-jerking tribute to Gray at Sonisphere Festival 2011, where many of us thought we’d seen the end of the Slipknot we loved. But in spite of the hardships of losing a brother within the band, Slipknot prevailed and are back with a vengeance in this new material.
The new face of Slipknot
We were teased with glimpses of the new masks, but now they’re out there for us all to see in this harrowing new video. “The Devil In I” marks the new face of Slipknot, without deviating from their iconic sound.
Clocking in at nearly six minutes, the video takes us on a mental-asylum journey with our masked metal stars. Directed by percussionist Clown, there’s all the visceral visuals of a Slipknot video: blood, crows, attack dogs and brutality. Corey Taylor is even blown to pieces.
Most of the masks maintain their unique identities which have stood the test of time, with a few subtle changes. DJ Sid Wilson's new mask is definitely striking (see image above), while Taylor's also has some of the most noticeable changes, looking like a second skin peeling away from his face, leaving more prominence for his screaming mouth.
In the build up to the video release, Taylor revealed that the new, but yet unnamed, bassist and drummer would wear the same generic mask onstage. With the bands' masks being as much of who they are as their music, it was important to maintain the spirit of Slipknot, without disrespecting the memory of Gray and drummer Joey Jordison, who parted ways with the band last year.
A haunting, head-banging video
Slipknot are moving forward from their hardships, but the loss of such key members is still ever present in their sound, and I doubt it will ever be erased.
From the instrumental offset “The Devil In I” is everything we expect – dark, creepy, and a little bit terrifying – but perhaps unexpectedly the vocals kick in after a couple of minutes with a softer, cleaner sound. Fear not, the track still delivers the aggressive growling screams these metal giants are known for, just not in the raging way we saw in “The Negative One.”
It’s a haunting, head-banging video, bringing Slipknot back in an explosive way. With Knotfest and a tour unleashing soon over in the States, and promises of a world tour next year, it’s time to stand up and take note. I for one can't wait for The Gray Chapter. Throw your horns up Maggots. Slipknot are definitely back in action.
What do you think of the new Slipknot video? Let us know in the comments below!